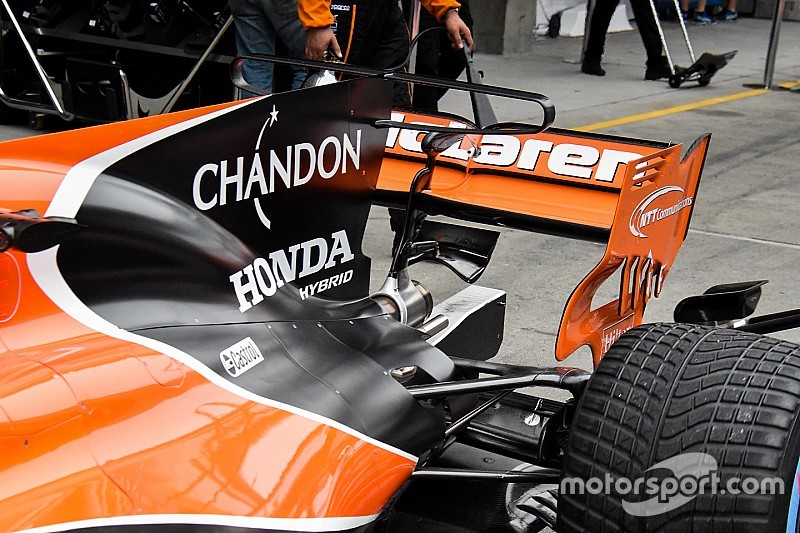 Giorgio Piola gets under the skin of the F1 tech war in the Shanghai paddock. 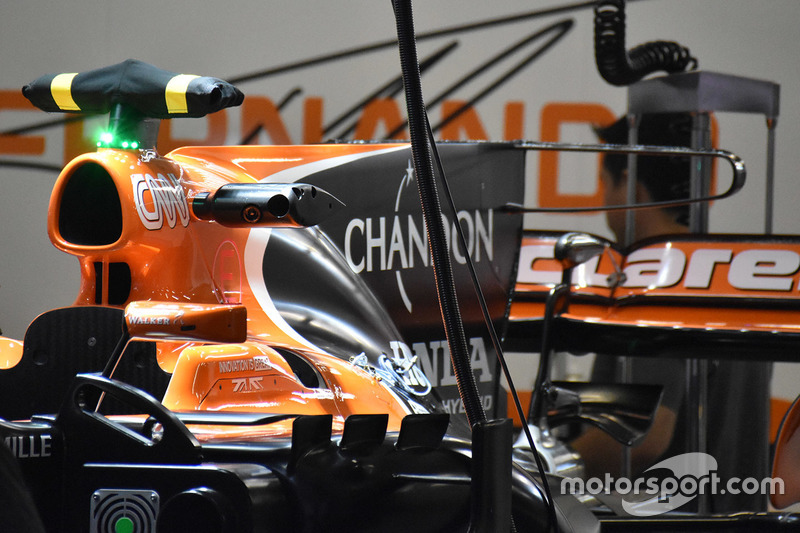 T-wings have already cropped up on five other cars (Mercedes, Ferrari, Williams, Haas and Sauber), and McLaren has now made that six with its own unorthodox concept. 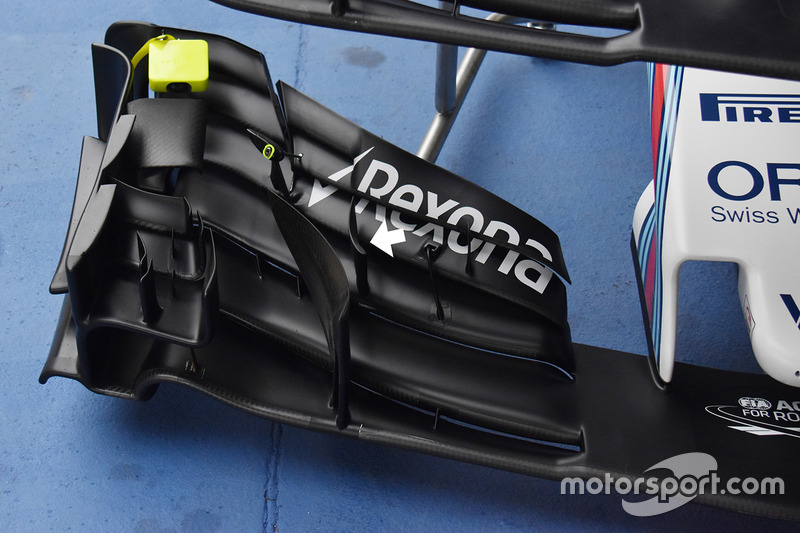 A new guide vane has been added to the flapped section (white arrow) which revises the direction of airflow as it moves across the front face of the tyre. 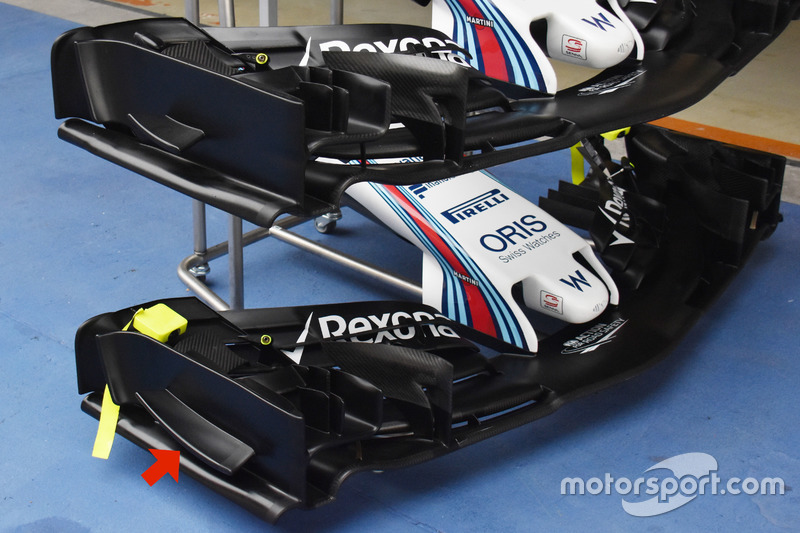 The outer endplate canard has also been revised for China, with a much larger version present on the new wing (red arrow). 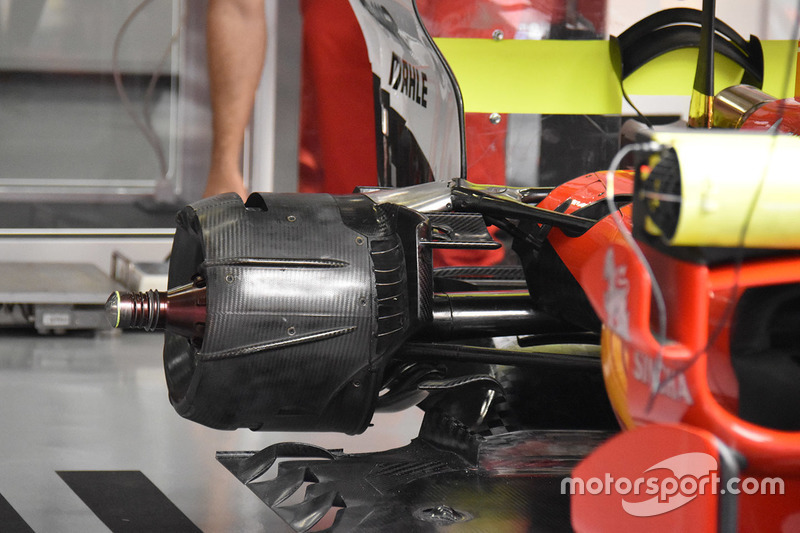 A look at Ferrari's rear brake duct assembly shows that the team has made some revisions when compared with last season, as the inlet now has fins to prevent debris from becoming lodged within. Ferrari has also opened up a slot in the drum to allow heat to radiate from the brakes into the wheel rim, improving the tyre's thermal window. 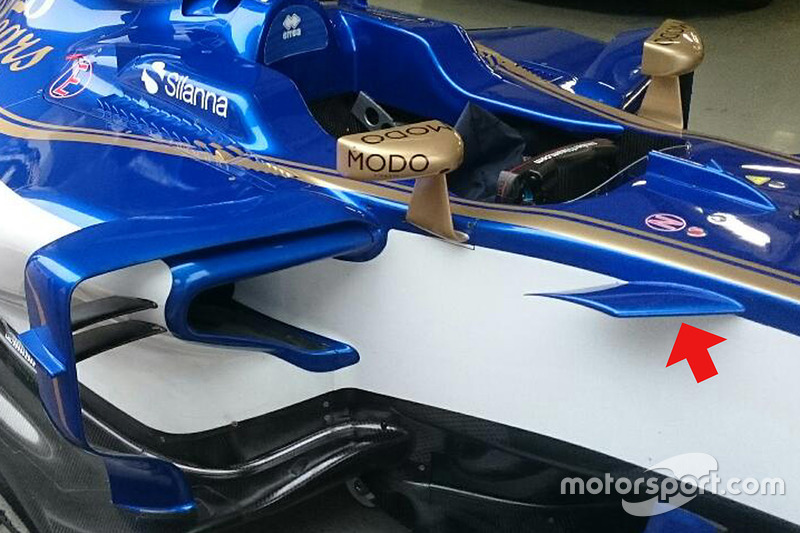 The Swiss team has added a fin to the side of the chassis in China, improving the airflow both around and through the sidepod. 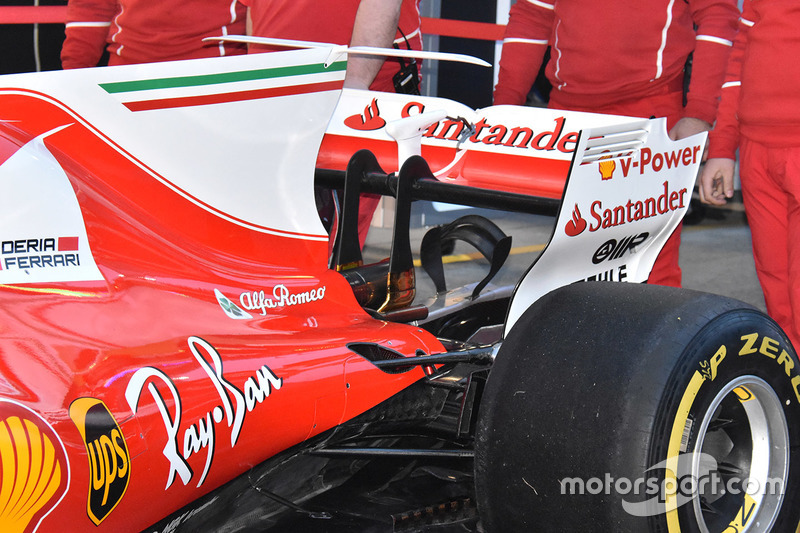 Ferrari is the only team to use two rear wing mounting pillars this season, both of which have swan-neck styling in order to improve the airflow supplied to the underside of the mainplane. 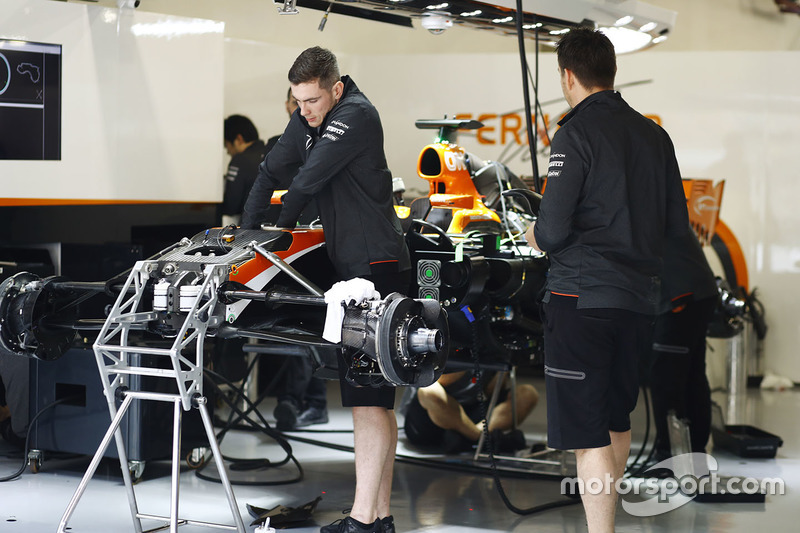 Here's a great shot of the MCL32 during build-up, showing many of the bare elements of the car we wouldn't ordinarily see. 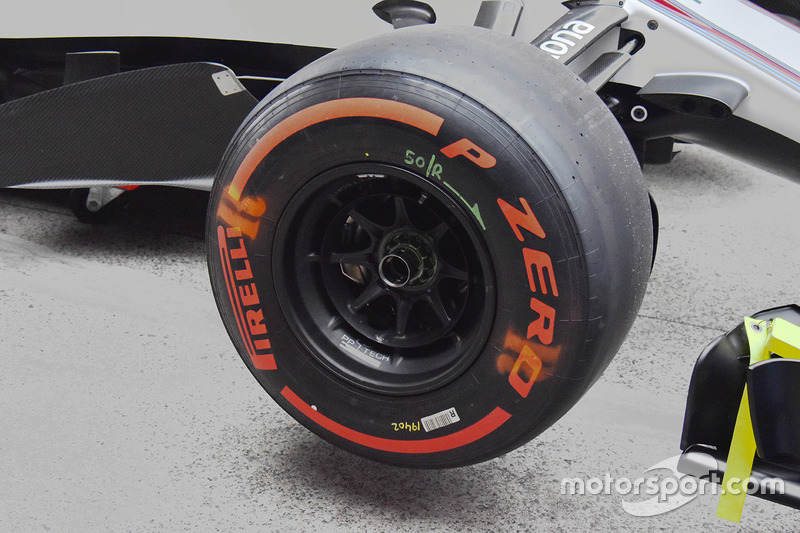 As Williams prepared the FW40 for scrutineering, it appeared the team may be changing to a front blown axle. 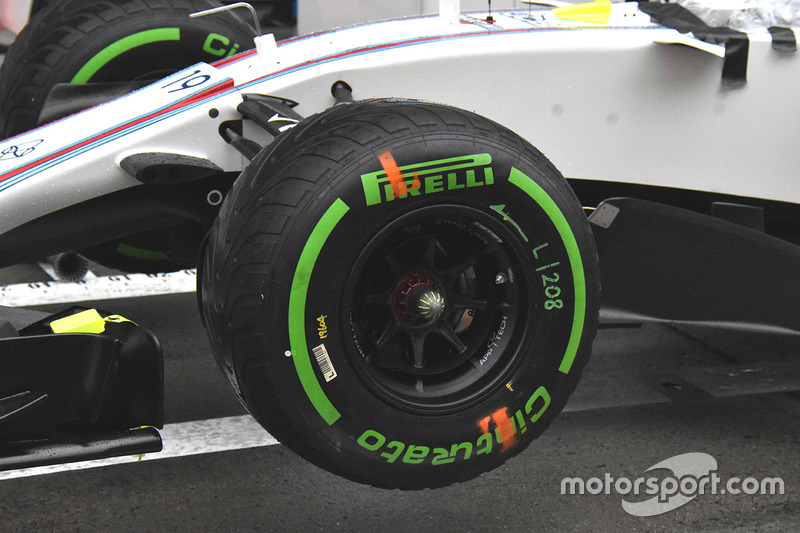 It soon became apparent, though, that the axle would remain closed at least until Williams was able to do some back-to-back testing. 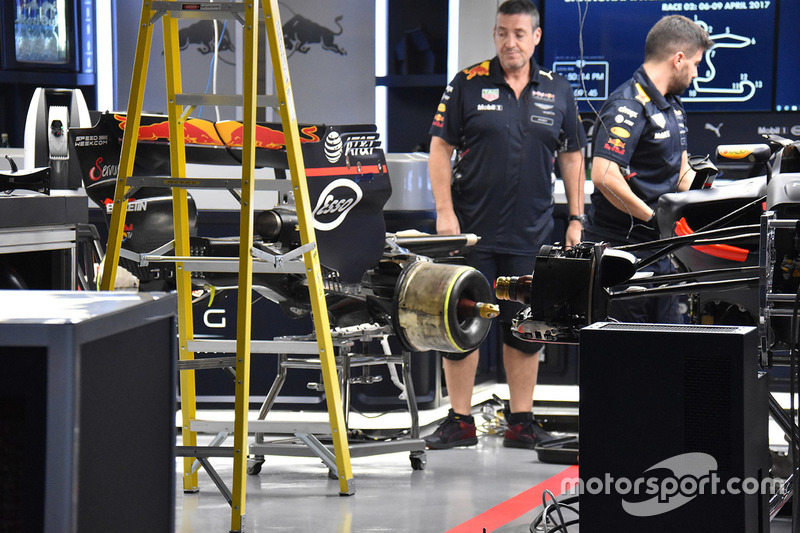 Red Bull has taken additional time on Thursday to prepare the car as it's expected the team will have changes to both the rear suspension and some updated aero parts for this GP. 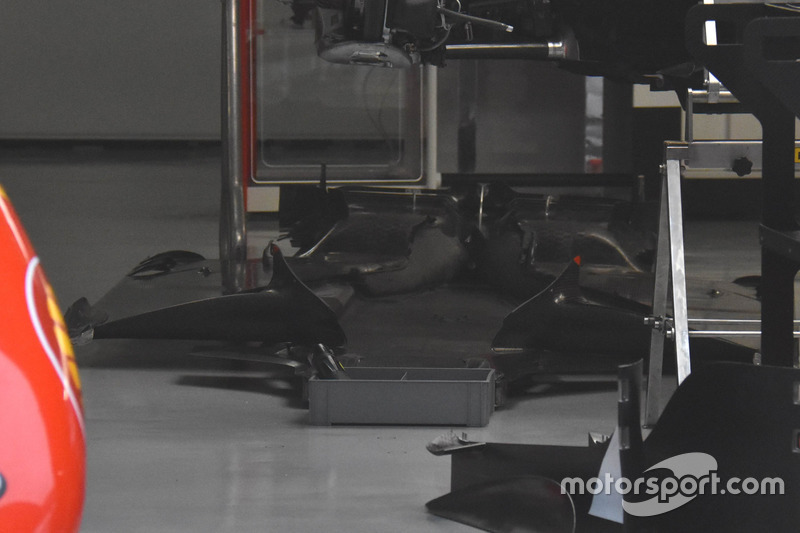 Some areas of the car aren't usually exposed but this shot gives a view of the car's floor and shows its complexity. 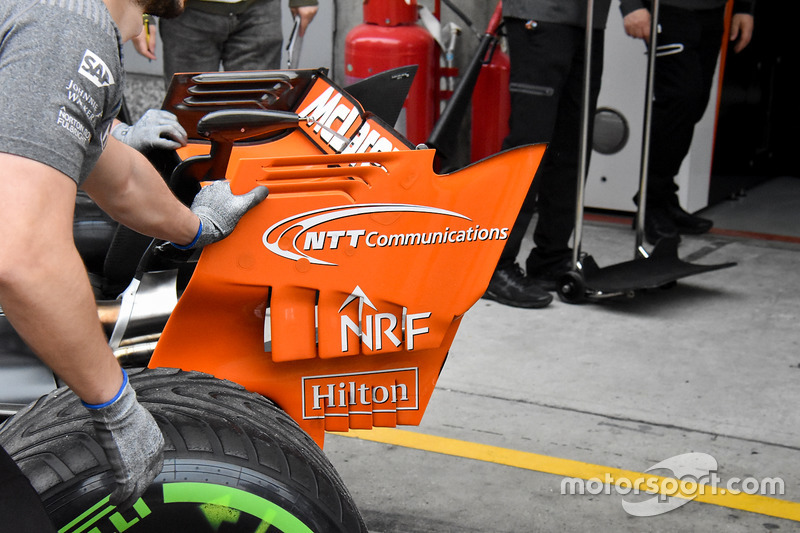 Another look at the interesting transition that McLaren has opted to use for the rear wing endplates, utilising four strakes for airflow manipulation, rather than a simple curvature of the surface. 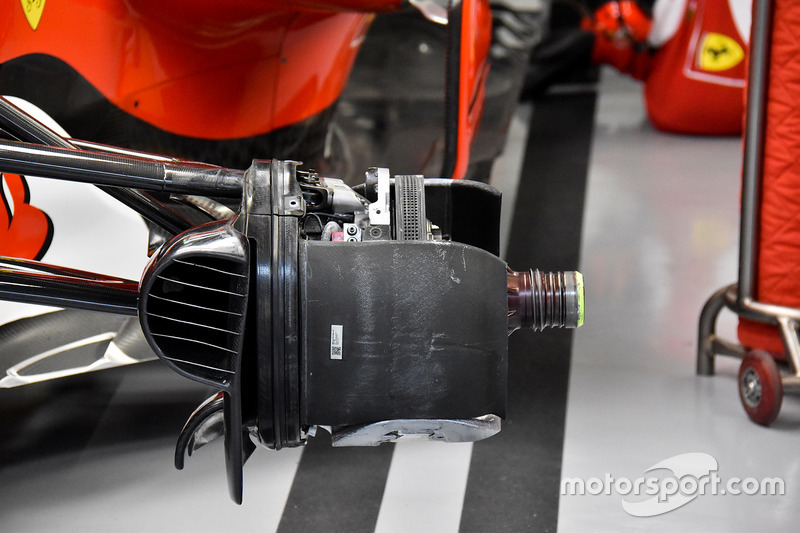 Ferrari's front brake duct assembly, while not fully built, shows how the team utilises a crossover pipe, which moves airflow taken in by the main inlet and ejects it out of the front wheel's face. 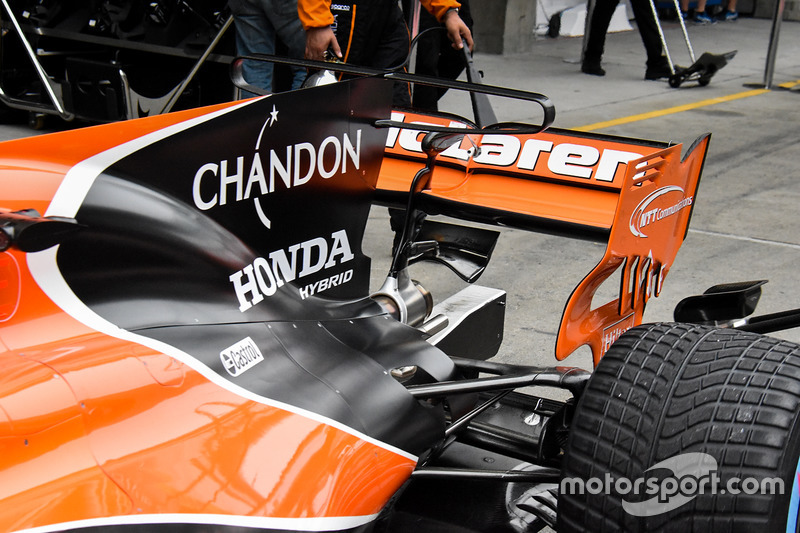 This shot of McLaren's new T-wing also affords a generous look at the sinuous and relatively uncomplicated monkey seat. 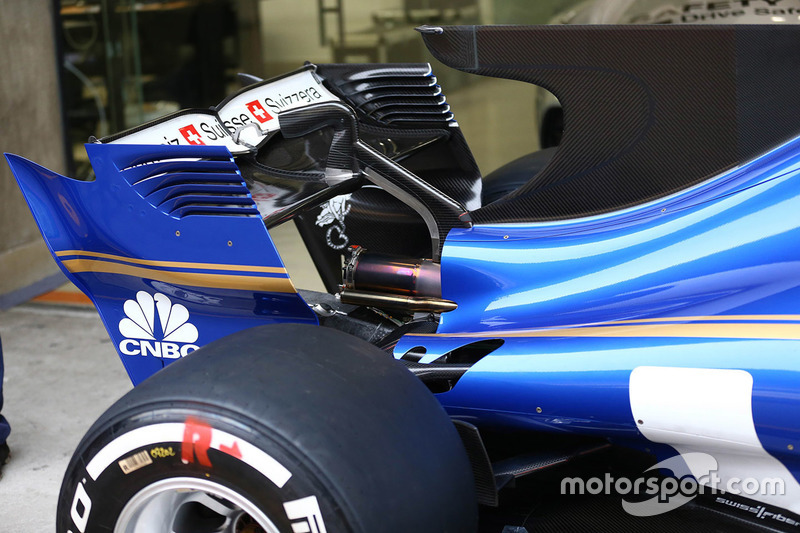 This impressive rear-end shot of the C36 reveals many details - one that sticks out among them is the retention of the supports for the team's unraced T-wing on the end of the shark fin. 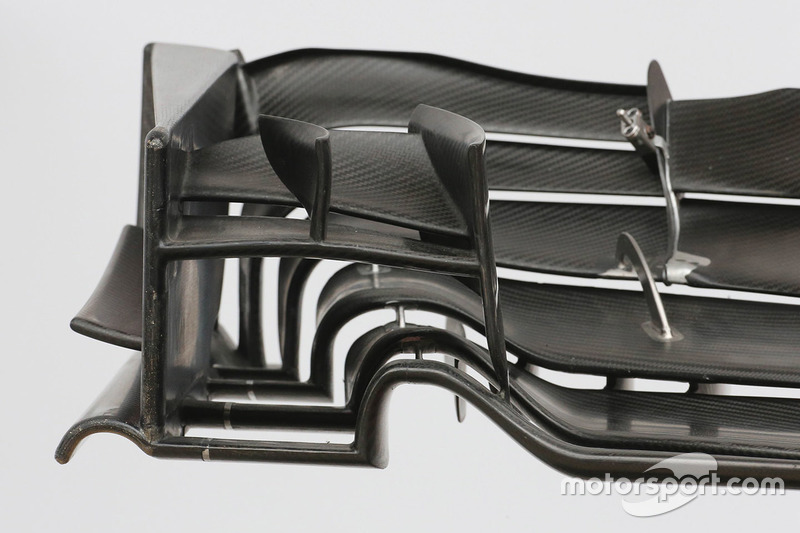 The arc and shape of the leading edge of the mainplane and flaps were revised on the Haas front wing introduced in Australia. 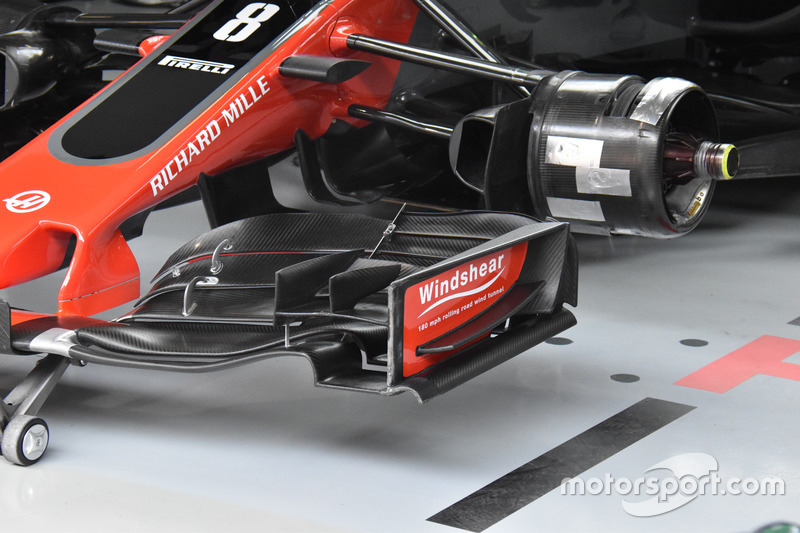 As part of the front wing update introduced in Australia, the endplate canard was also revised, changing in shape and length.