Why biometrics is the future of F1 racing overalls 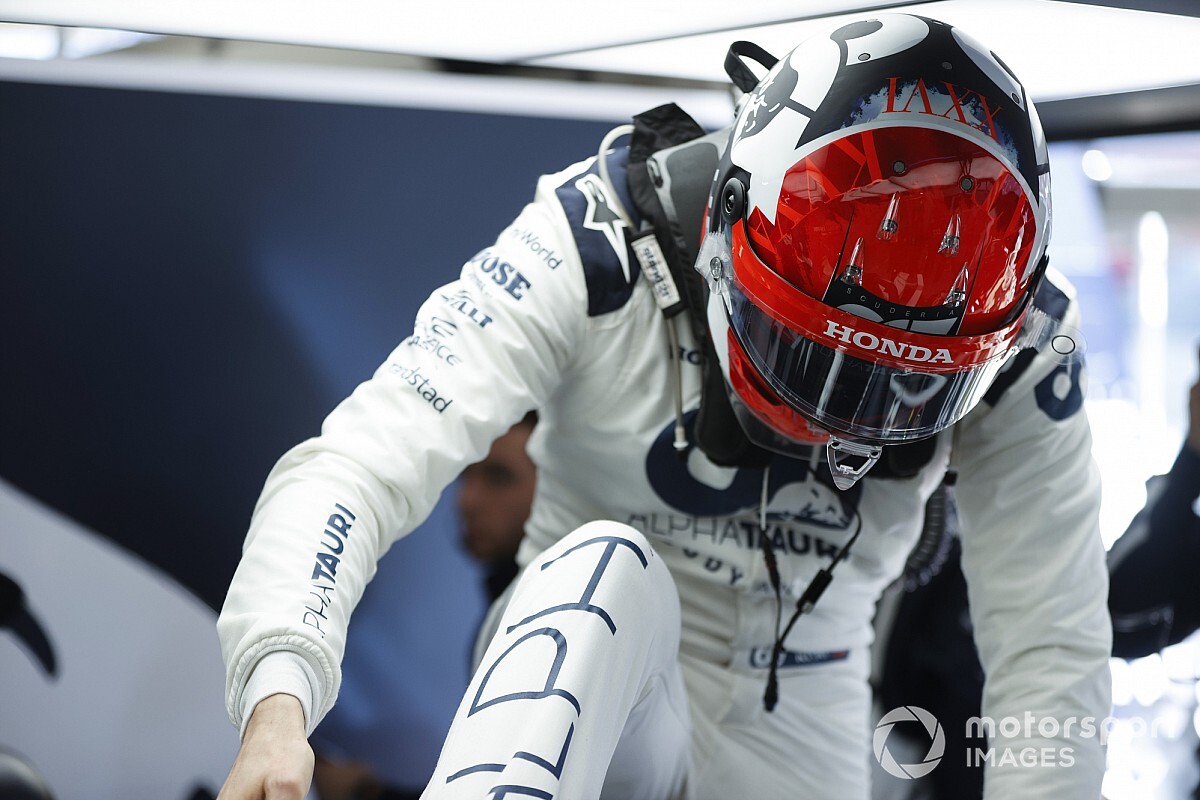 Formula 1 has always operated at the cutting edge of technology, with teams constantly hunting for the next big thing in a bid to seek out any advantage they can.

Up until now, much of that focus has revolved around the cars and engines, with teams using many thousands of data points to try to find that winning margin over their rivals.

Soon, however, even racing overalls could become a new high-tech battleground too – with the door opening up for potential benefits that could help drivers perform better for longer.

Over recent years, the race wear technology push has been about reducing the weight of overalls as much as possible while also improving driver comfort.

A decade ago, overalls were coming in at around 1.3 kilogrammes. Now, they have been reduced to less than 800 grammes – and are pretty much at the limit considering the tough safety standards they need to conform to.

Racing technology companies never stand still though, and for race wear manufacturer Alpinestars – which supplies a host of F1 teams including Renault and Racing Point – attention is now shifting to biometrics.

F1 drivers have already got used to biometric gloves, where a 3mm sensor in the thumb relays information of the drivers' pulse rate and oxygen level in the blood to FIA medical officials to help give a better understanding of their condition in the event of an accident.

The idea looks set to be taken to the next level in the future, with biometrics being incorporated in overalls, underwear and other racing items in a bid to help better understand what a driver is experiencing in the car.

As Alpinestars' apparel product developer Chiara Consarino tells Motorsport.com: "The idea will be to introduce something similar on the overalls as well. I know there have been some discussion inside the FIA, and if this is something that could be introduced on the balaclavas or the suits. That's our focus."

As Alpinestars' former commercial manager Jeremy Appleton said in a recent interview: "I don't think we're giving anything away by saying it's a logical next step. We know the biometrical sensor in the glove is working and I think it opens up a whole new field of research."

The belief is that sensors reading a host of data from the drivers – such as stress levels, body temperature, and vital functions – can deliver teams a much greater understanding of where comfort can be improved.

For anything that helps make a driver more comfortable will make them able to better concentrate on their driving and deliver to their maximum potential.

Appleton adds: "The ability to monitor the driver performance in the car, I think, potentially that might be useful in terms of further developments of materials and that kind of thing. We've had that in motorcycle racing when we were researching the airbag.

"We had a fully equipped physiological sensing system, as well as the electronic system for the actual airbag. We were able to look at heat mapping the rider's body, which gave us some really interesting clues about ventilation through the suit, how to reorganise the venting and particularly getting rid of the hot air. Exhausting body heat out of the seat was a big thing."

For the MotoGP work, Alpinestars fitted a number of heat and physical sensors to help give them a wealth of data about what the riders were experiencing.

Beyond heart rate and body temperature at various points of the body, it could monitor things like the forces experienced in braking and acceleration; how much individual parts of the body were moving, or the forces riders were exerting on the foot pedals.

"This just gave us a much better picture of what was really going on, on the motorcycle," continued Appleton.

"And through that, we learned all kinds of things about improving the physiological performance. Some of which I'm sure ultimately has helped with the auto side. But now we want to take it a stage further."

Those lessons from MotoGP also showed that there were times when the data was offering insights that even the riders were not aware of.

Alpinestars CEO Gabriele Mazzarolo says: "The teams can adapt the motorcycle to how the rider feels, but then there is an extra level of confidence that you can measure with the biometric data that we could collect, which goes beyond what even the rider feels. So that is just one aspect of that.

"With all the other data we can see, for a race car driver we can work out how much they really get tired or not tired in different kinds of suits or different ways beyond what they feel, because they might put less effort in with something that they don't think is best.

"We have been using this idea for a long time, for ventilation in footwear for example. So we can really measure how the product performs.

"But now we are at the point where the motorcycle can be set up with the parameters on how much effort the rider is feeling on a part of the track and, with that feedback, the team can work on suspension for example.

"So we can get parameters and real information on how the rider or driver is really performing, beyond how or she feels. It is another layer."

The opportunities on the racing side, especially for F1 could be great.

The possibility to take driver comfort to the next level, to know which parts of the body are being stressed, or how much exertion of forces being used are weakened over time, could be invaluable in helping teams better integrate their stars in the cockpit.

"It's all technically very possible," adds Appleton. "And maybe there are also some new sensor systems which are being developed that could also be integrated.

"Learning what stresses the drivers are suffering and experiencing in the car is going to help a lot with research for improving race wear technology."

F1 vote to include aero handicap and open source ideas