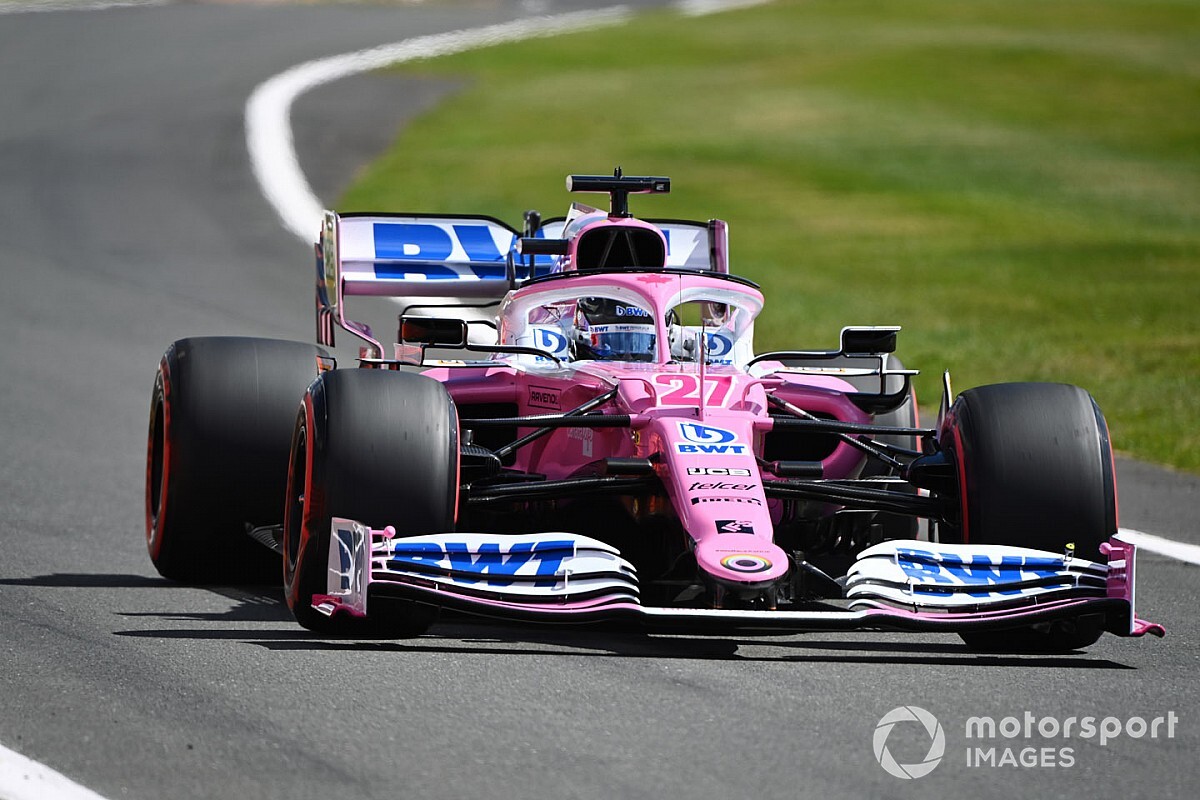 On Friday, the FIA finally announced the verdict of Renault's protest agains Racing Point. Below are the main conclusions from the ruling body's stewards.

Racing Point was docked 15 constructors' championship points, fined 400,000 euro, and reprimanded after the FIA found its brake duct design was in breach of F1's design rules.

Having carefully considered the various submissions made by the parties and listened to the expert witness statements made at the hearing, the Stewards come to the following conclusions, regarding the essence of the Protest:

1. Each protest is admissible, as correctly determined by the respective Stewards' Panel at each event, as each was lodged no later than thirty minutes after the publication of the provisional classification and requirements specified in Art. 13 of the FIA International Sporting Code.

2. The effective date on which the 2020 SRs come into force is Jan. 1, 2020, though they may in part determine actions prior to that date in order to ensure compliance with the SRs.

3. Racing Point had the opportunity both during 2019, when all concerned were aware that the status of BDs would change from non-LPs to LPs in 2020, and during the March 2020 FIA visit to the factory to explicitly clarify with the FIA their intentions with respect to the BDs going forward and clarify this potentially grey area of the regulations now being argued. They chose not to do so, even though this clarification process by written document exchange is well known and routinely used by F1 competitors.

4. The parts transfer between Mercedes and Racing Point on Jan. 6, 2020 does not constitute a breach of the regulations worthy of censure as the parts in question were both not used and did not expand the information that had previously passed from Mercedes to Racing Point quite legitimately under the regulations in 2019. The recent change of status of the BDs as LPs further argues that censure or penalization is not appropriate on this point.

5. The BDs of the RP20 are fully compliant with all relevant technical regulations, as detailed in the 2020 FIA Formula 1 Technical Regulations. This point is not in dispute by the parties involved.

7. As LPs, the SRs require that they be "designed by" the Constructor; in this case Racing Point. There is no amplifying information in the SRs as to what test must be met by a Constructor to positively demonstrate that a part has been "designed by" that Constructor. This point is the crux of this protest.

8. Racing Point, in their arguments, puts forward the case that the design process is fully captured by beginning with input "data," in whatever form available, and then moving through an intellectual process that arrives at a set of drawings from which a part could be manufactured. After listening to a wide variety of inputs on this crucial topic, the Stewards conclude that the design process has a wider basis than that hypothesized by Racing Point and that the source(s) of the input data and the design work inherent in that data must be noted and captured in any "who designed it?" analysis.

9. In the case of the RP20 FBDs, their genesis as Racing Point parts began in an earlier evolution with being run on the RP19 in 2019, when Mercedes BDs, as non-LPs could legitimately be used. Although as noted in the earlier analysis, the ambiguity of the regulations leaves some room for argument on this point, the Stewards conclude that the combination of the design work done on the 2019 RP19 coupled with the necessary upgrade work to the FBDs in designing and developing the 2020 RP20 cross the quantitative threshold for design work necessary to meet the SRs requirements for LPs in 2020.

10. However, since the RP20 RBDs were not run on the RP19 in 2019 and since the Stewards believe that the design effort expended by Racing Point in adapting the RBDs originally designed by Mercedes for the W10 pales in comparison to the significance of the original Mercedes work, the Stewards conclude that the principal designer of the RP20 RBDs was Mercedes, not Racing Point.

11. The method of creating the RP20 RBDs accrued a potential sporting advantage to Racing Point by allowing it to allocate a wide range of design resources to other design efforts as opposed to executing the detailed design effort on the RBDs that would have been necessary to replicate the equivalent effort from Mercedes in the original W10 design.

12. Racing Point did not design the FBDs [sic - this should be RBD] used on the RP20 as required by SR Appendix 6 and, therefore, the respective protests are well founded.

13. The Stewards acknowledge that since the RBDs are compliant with the 2020 FIA F1 Technical Regulations it is not realistic to expect Racing Point to re-design or re-engineer the BDs in a way that would effectively require them to "unlearn" what they already know. Therefore, the penalty imposed is intended to penalize the potential advantage Racing Point may have accrued in the BD design process which resulted in the use of LPs which were not designed by it.

14. The Stewards emphasize that this breach is one of the Sporting Regulations rather than a non- compliance with the Technical Regulations and, therefore it is not necessary to consider disqualification as the default sanction for the breach, as would normally be the case for a Technical Regulation breach. They also note that there are a number of mitigating factors which we have considered:

b. The absence of specific guidance or clarification from the FIA in respect to how that transition to LPs might be managed within the spirit and intent of the regulations;

c. The lack of detailed focus on BDs by the FIA personnel who inspected the RP20 in March 2020 when they were admittedly focused on the entire car.

d. Racing Point could probably have obtained much of the same amount of competitive advantage from photographing the Mercedes W10 RBDs and reverse engineering them, albeit with additional design resources expended in the process.

e. In every respect regarding this matter, Racing Point has been open and transparent with regard to their actions, which they fully believed to have been compliant with the regulations, and the Stewards attribute no deliberate intent to any breach of the regulations that occurred.

15. The penalty imposed for the Styrian Grand Prix is intended to penalize the potential advantage Racing Point may have accrued in the BD design process. Although paragraph 1 of appendix 6 specifies, according to its wording, that a team shall not "use" LPs which are not designed by it, which can only be understood in such way that it does not allow such parts to be used in a car during a competition, the Stewards see the focus of the infringement to be in the design process itself, which was completed some time before the Styrian Grand Prix. However, this breach of the rules continues to exist through the use of the relevant BDs during following F1 events. For the first protests in the Styrian Grand Prix, it is therefore appropriate to impose a penalty that covers the entire process of (non-)designing the BDs and making them available for use during the whole 2020 season. The use of the BDsin further competitions, however, remains an infringement of the SRs, but a penalty of Reprimand seems sufficient, because the actual infringement, namely the improper development of the BDs, is sufficiently covered with the penalty assessed at the Styrian Grand Prix.

16. The Stewards take note of Article 12.3.5.a of the International Sporting Code as it applies to not deducting points separately from the Drivers and Competitors, save in exceptional circumstances. They believe this is such an exceptional case, because the infringement has to do with a very unique situation revolving around the design process of the car. Accordingly, they are using their broad discretionary powers under Articles 11.9 and 12.3.5 to withdraw points only for the Constructors' (Competitors') Championship.