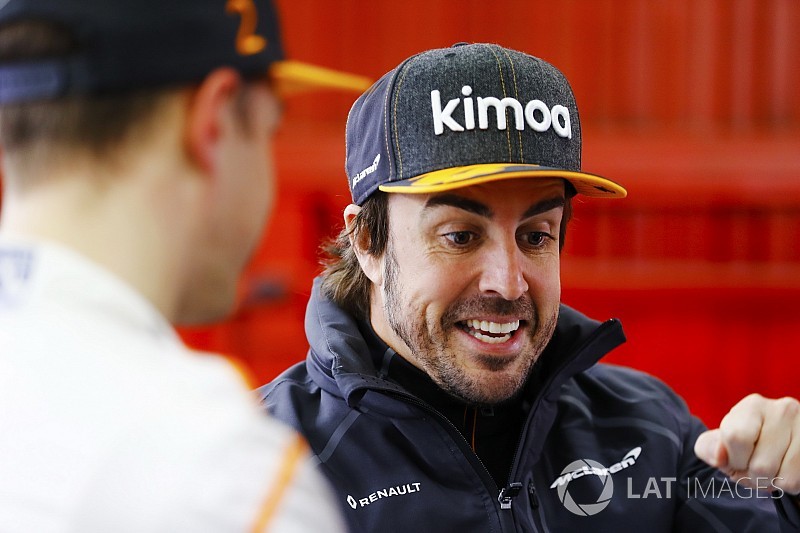 Fernando Alonso went close to testing a Holden Racing Team Commodore in Spain last year, only to have the plan scuppered when the car ran out of fuel.

McLaren boss Zak Brown was running his 2011 Holden Racing Team Commodore at Aragon late last year on the same day that Alonso was testing the United Ligier LMP2 car, leading to a plan for the Formula 1 megastar to have a go in the Bathurst-winning Supercar.

However, the plan came to a grinding halt late in the day when Filipe Albuquerque, who had jumped behind the wheel of the VE Commodore, ran out of fuel.

"Actually, Filipe was in the car when it ran out going down the back straight.

"With Fernando, he was in a very strict mindset. It's kind of 'I've looked at it, I've looked around it, now let me go do my job and at the end of the day when I'm out of that mode, if we've got time, I'll go have a play'.

Brown added that he could see Alonso actually racing a Supercar at some point in the future, providing he felt he could be competitive.

When asked if there was anything Alonso wouldn't try his hand at, Brown said: "Anything that he doesn't think he can win in, which unfortunately has been our [McLaren] car the last few years – but hopefully that'll change.

"He's the biggest racer I've ever seen. He loves all different types of racing, he's fascinated by it. But whatever he does, he wants to do it very seriously.

"So he would never come and do something that he didn't think he could be competitive in."