From Delhi to Silverstone: Yechury's journey to Force India 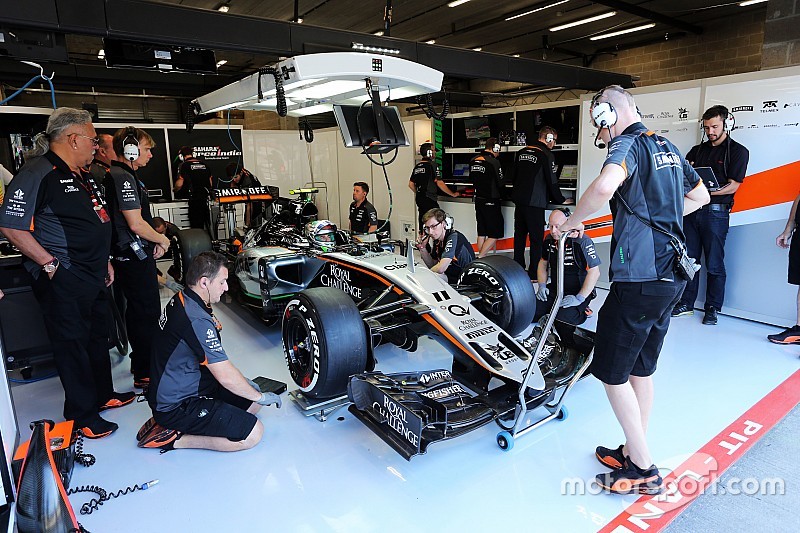 Working in Formula 1 is something which many motorsport enthusiasts dream about. The various teams have the best engineers and mechanics working for them of all nationalities from around the world.

As much as F1 is about the team travelling to the races, it is also about the people working at the factories - they are crucial in aiding the travel team during the race weekends.

Sarvesh, born in Delhi, was encouraged by his dad - an engineer himself - to turn his passion for motorsport into his profession.

“From a young age, I used to help (or at least tried to help) my dad with restoring and maintaining our Vintage car - a 1922 Austin 7, which got me interested in the technical side of things,” Sarvesh said.

Apart from trying to help his father, Sarvesh started karting at the age of 10 and raced in the JK Tyre Junior Cup championship back in India. He also used to take part in various rally events, preparing his own rally cars.

After completing his schooling in Delhi, Sarvesh, in pursuit of his motorsport dream, moved to England where he completed his Bachelor’s in Automotive Engineering at Coventry University.

He then completed his Masters in Motorsport Engineering and Management at Cranfield University and started volunteering at various race events whenever possible in a bid to gain experience.

“I then worked at all levels in motorsport which included club racing, Formula 3, Formula Renault, A1 GP, sports cars and rally cars,” he said.

After working in the junior series, Sarvesh got the opportunity to work with Force India, which he grabbed with both hands. It’s been five years that he has been working for the outfit.

“I remain incredibly proud to be working for a F1 team representing India,” he added.

Elaborating on his body of work, Sarvesh stated that his role is quite varied. He’s involved with both the race engineering and vehicle science departments in the factory as well as testing/races.

“In the winter, I usually get involved in the test sessions and I also support the team’s simulator development and young driver programme.”

He adds that because of the breadth of his role, everyday is “different and exciting” for him. “One day I could be working on the upcoming race and the next I’m exploring new concepts for next year’s car.”

The opportunity to travel different countries for testing and races with the team adds an extra tinge of excitement and learning.

Sarvesh’s last travel assignment was this year’s in-season Barcelona test in May. But he is always involved with data analysis before, during and after the race weekends.

There are lot of enthusiasts who wish to work in F1 and find it incredibly hard to get in. Sarvesh agrees it is difficult to find a job in F1 but he insists they should keep on trying.

“Specialise in the field you find interesting and enjoy working in, at school/university level while gaining as much motorsport experience during your free time,” he started.

“Volunteer to work with teams and organisations in junior formulas.

“Try and attend as many race meetings as possible, network with other professionals and enthusiasts in order to understand the sport better.”

“Every bit of experience counts and will be rewarding,” he concludes.

Sarvesh added that the support from his family both financially and emotionally has been incredible considering that he stays away from them for months at a time.

He is a part of a long list of the personnel of different nationalities working within F1 at various levels. Each of them have their own tale of a "difficult road" to tell, but for the troubles for most are insignificant compared to their passion for the sport.