Despite a brutal shunt and a several doses of bad luck in his visits to Suzuka, Allan McNish still picks the Japanese Grand Prix venue as his favourite track for its mix of challenging, high-speed bends

Allan McNish has never enjoyed much success at Suzuka. Only ever entered in three races at the 3.608-mile circuit which celebrates its 60th anniversary this year, the Scotsman was withdrawn from the 2002 Japanese Grand Prix on medical advice following a 175mph qualifying crash and managed a best finish of third in his two prior visits with Porsche in the FIA GT Championship.

But his love for the Honda-owned circuit is deep-rooted, having spent many a day pounding around testing for McLaren to develop its Honda V12 engine for the 1991 Formula 1 season. When Motorsport.com asks for his favourite track, there isn't a moment's hesitation in picking Suzuka above Le Mans - the scene of three 24 Hours victories - or Sebring, where he won the 12 Hours four times.

“I always loved it from the first moment I sat on the circuit,” says McNish of Suzuka. “It had a natural feel to it. It was a challenge, a lot of elevation change.

“And there was grass right at the edge of the circuit, it was quite narrow, so it really bit you in the arse if you made a mistake. You had to respect the circuit and it was a challenge to get it right. But when you did, it was a great feeling.”

McNish acknowledges there was also “a romantic side” to visiting the track, before signs had English translations for place names.

“It was purely Japanese, the writing everywhere, so to even make your way to go to Suzuka was a bit of a challenge,” he says. “It brought this romantic sort of adventure side of it out and the circuit itself was a bit of an adventure as well. I loved it then, love it today.

“And one of the main things I love about it most is that it hasn’t changed fundamentally very much at all, it hasn’t been sanitised since it was actually built.” 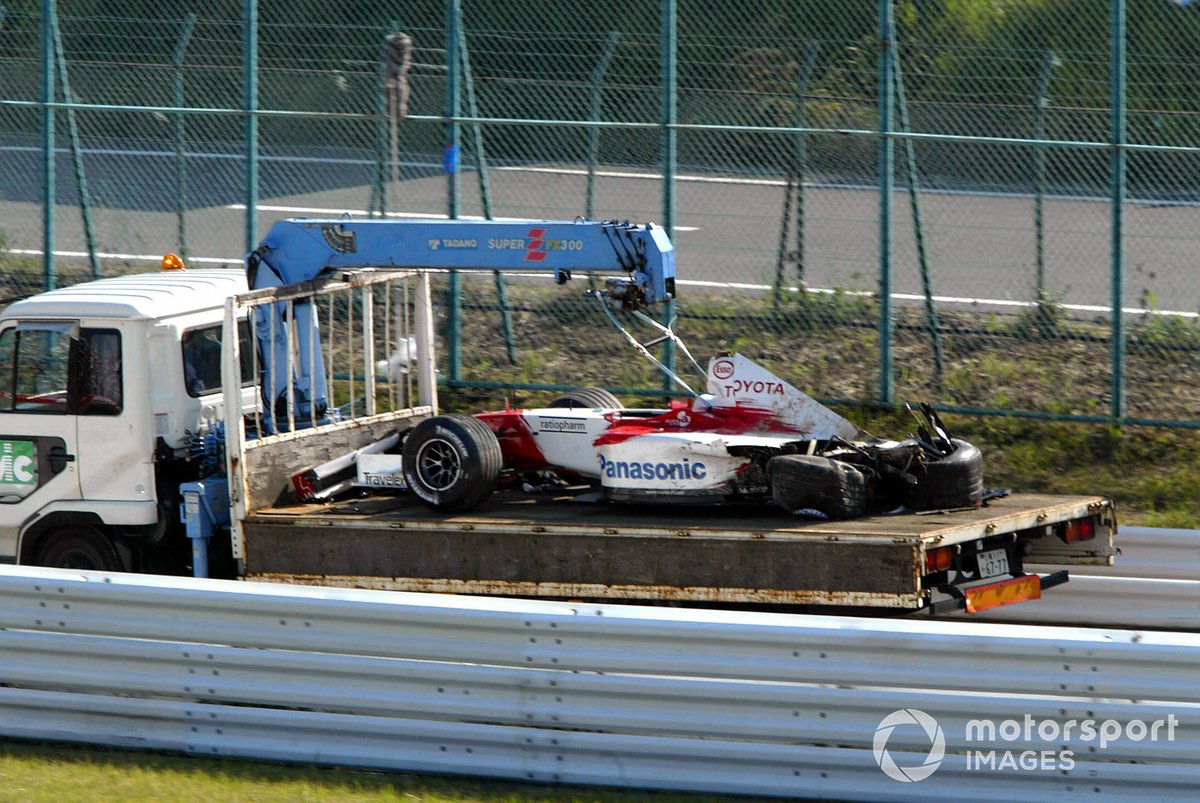 McNish stresses that his 69g impact with the 130R tyre barrier in 2002, prior to what was due to be his final race with Toyota, hasn’t dampened his enthusiasm for the track in the slightest and he returned the following year to drive Renault’s third car in Friday practice.

“It disappointed me that they changed the corner, it took away a little bit of something,” he says of the reprofiled 130R which has been unaltered since 2003.

“I know it tried to make me 1m20[cm] instead of 1m65, but it wasn’t the corner’s fault. The lack of aero from the Toyota and me not catching it quickly enough were the problems, not the corner itself. But it didn’t necessarily take away from the whole circuit as a whole.”

"It could have been a sportscar, or a Formula 1 car, every corner still was that sort of same challenge. At Spa, Eau Rouge just became a non-challenge because the downforce of F1 cars became so high. But Suzuka always kept that" Allan McNish

That meant McNish’s only Suzuka race outings came in 1997 and 1998, when Porsche’s radical challenger introduced in 1996 had been usurped by Mercedes and, in 1997, generally also fell in behind the McLaren-BMW.

The Porsche 911 GT1 McNish shared with Yannick Dalmas and Pedro Lamy was on its way to a top-six finish at Suzuka in 1997 before losing 10 minutes in the fifth hour to a broken gearbox linkage.

But in 1998, McNish looked set to give Mercedes’ CLK-LM its first proper challenge since it had had moved the goalposts still further upon its arrival at Hockenheim and McNish, by now a Le Mans 24 Jours winner, set the fastest lap. Had it not been for Mercedes driver Ricardo Zonta turfing him into the Degner gravel on the eighth lap of an eventual 171 during the 1000km event, at a cost of three laps, then the Michelin-shod 911 could have posed a stiff challenge to the Bridgestone Mercedes.

McNish at the time witheringly suggested that he wouldn’t let F1 hopeful Zonta ride his bike, and today believes “we should have won, we had the speed to do it”. 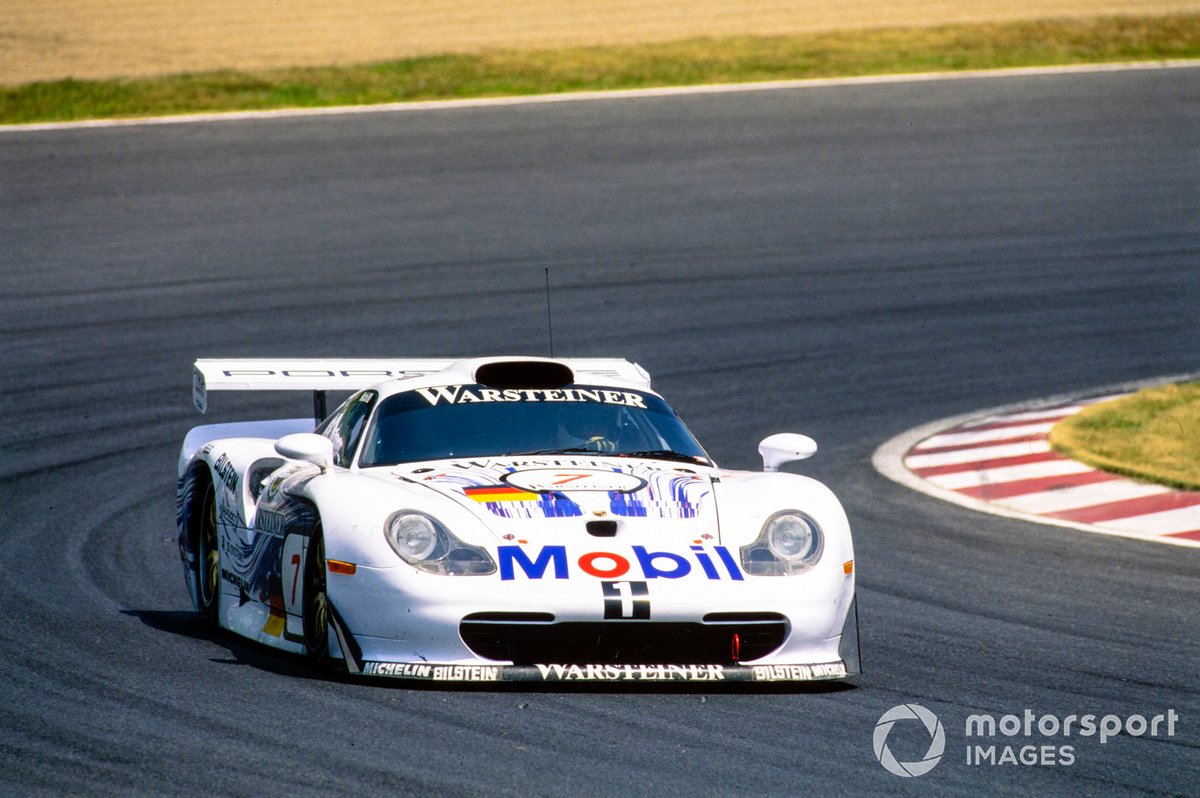 McNish didn't have much luck at Suzuka. He's pictured in 1997 during the 1000km FIA GT round, delayed by a gearbox problem

That much is supported by Autosport’s Gary Watkins, who wrote in his report that “from the moment McNish emerged from he kitty litter, the car lost no more time to the leader”. Of course, runaway leaders Bernd Schneider and Mark Webber had no need to go all-out given Zonta was knocked out of the lead fight due to the penalty he sustained for the incident. But McNish is firm that Suzuka posed “one of the few occasions” where Mercedes could be beaten in 1998.

McNish says his enjoyment of the track was unaffected by the car he drove.

“It could have been a sportscar, or a Formula 1 car, every corner still was that sort of same challenge,” he says. “At Spa, Eau Rouge just became a non-challenge because the downforce of F1 cars became so high. But Suzuka always kept that.

“When you dropped down into the first corner and tried to brake and turn and get it tightened up for the second part or through the Esses, you needed a little lift to get the front of the car in, it wasn’t just flat-out.”

McNish raced twice more in Japan as part of the World Endurance Championship in 2012 and 2013 prior to his retirement at the conclusion of the latter season, though both times at Toyota-owned Fuji, where he twice finished second. 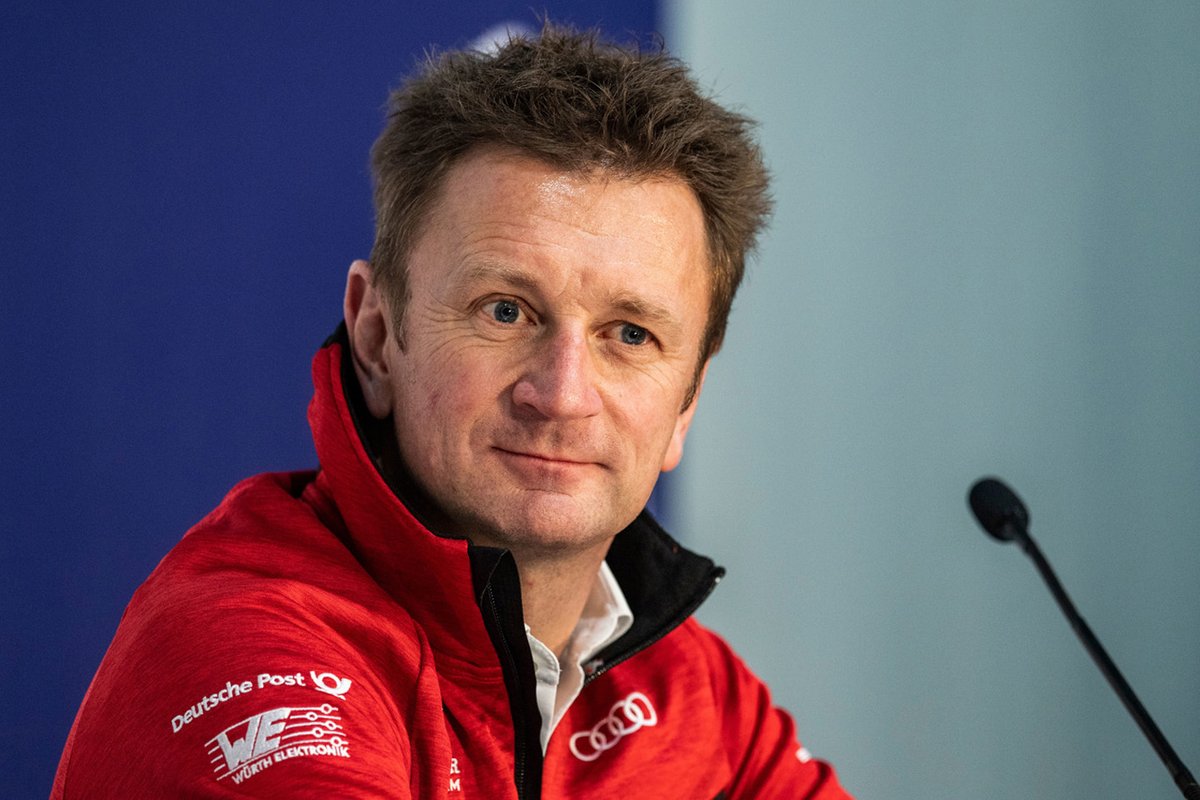 Sainz: Australian F1 nightmare shows need to be "perfect" in 2022

Revisiting sportscar great McNish's one and only F1 season