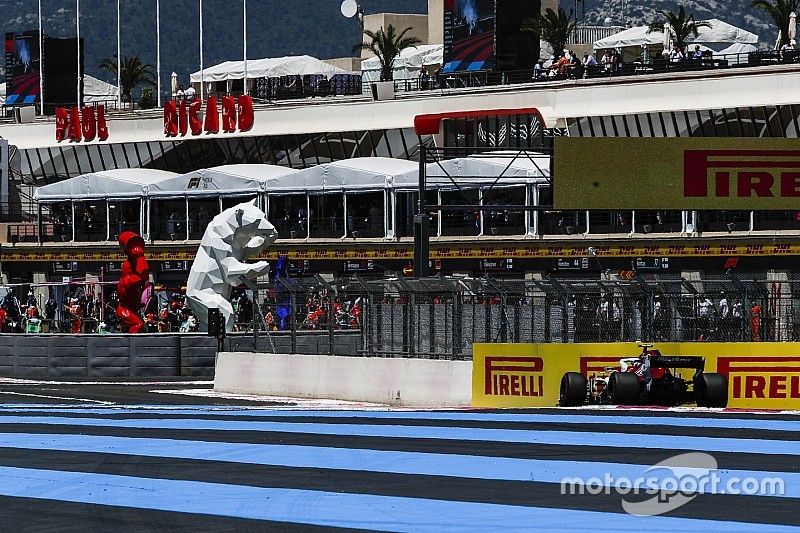 The Paul Ricard pitlane entry will be moved for this year's French Grand Prix following the safety concerns that were raised during the 2018 Formula 1 race weekend.

Last year drivers and teams expressed worries that the pitlane entry forced a tight left turn right in front of the Mercedes pit and potentially put he team's crew at risk, particularly in the wet.

Race director Charlie Whiting cut the speed limit from 80km/h (50mph) to 60km/h (37mph) after first practice to reduce the risks, as there was no scope to change the pit entry during the weekend.

Motorsport.com can confirm that the pitlane entry, which was previously accessed via the main straight, will be moved for the 2019 edition of the revived French GP.

The entry will now be situated between Turns 14 and 15, the winding left-right sequence that makes up the final two corners on the track.

An update track layout will be published and shared in due course, while the decision over whether the pitlane speed limit will return to 60km/h will be decided by the FIA.

The track has also been resurfaced for a second time at all corners, but not on the straights.

Another element of the circuit design that was questioned during last year's weekend was the chicane on the Mistral Straight.

Some drivers called for it to be removed to allow an uninterrupted blast down to the famous, fast Signes right-hander.

However, during the race itself the chicane was deemed to be a place that promoted more overtaking and put on a better show for fans.

It is therefore not planned to remove the chicane for the 2019 race.