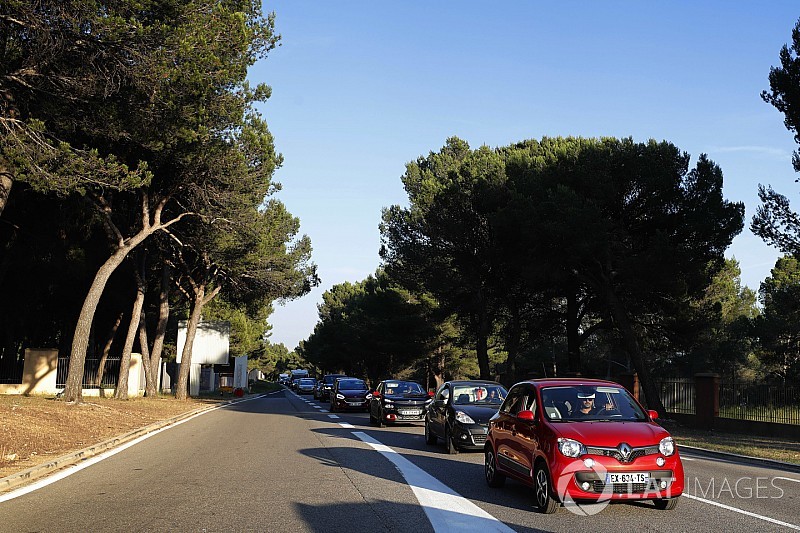 The French Grand Prix organiser wants a significant crowd increase for 2019 because it believes every Formula 1 fan caught in traffic chaos over the weekend still attended the race.

Paul Ricard hosted France’s first F1 race in 10 years on Sunday, but the build-up was blighted by horrible traffic problems in and out of the circuit that were only partially eased through the week.

When asked by Motorsport.com how it would convince those who attended but were frustrated by the conditions and would not want to return, Christian Estrosi, president of French GP organiser GIP Grand Prix de France, said everybody who bought a ticket came to the race.

“I’m convinced that we need to aim for more next year. All viewers, if you check out social media, said, 'We were unsure about coming, next year we’ll come'.”

F1 sporting boss Ross Brawn has promised his organisation will work with the promoter to address the traffic chaos.

Estrosi said he would seek a meeting with F1 CEO Chase Carey in the coming weeks to outline some suggested changes.

“Now we know people should stop being falsely ashamed of motorsport in this country,” he said. “France loves motorsport. We won’t let ourselves be bothered by some anti-automotive lobbies.

“We’ll start working with Renault to convince the government and local authorities that we need to invest in the roads.

“We’ll have a debrief in the next few days to tick all the boxes. We’ll go further and offer something even better next year.”

Estrosi said he did not want to be “cautious” in his assessment of the event, which he said was also based on what he saw first-hand from fans.

He added: “It’s not arrogance, it’s not being full of oneself, I say it as it is.”

Estrosi suggested that people should not dwell on the negative experience suffered by those travelling to or from the circuit, claiming that of “400 million viewers” globally: “25,000 to 30,000 spectators had a bad time and I regret it, I would have liked things to be different on Friday.

How do things go wrong in an F1 windtunnel?