Freight delays have potential to "wreak havoc" on F1 - Horner

Red Bull team boss Christian Horner fears that any freight problems for Formula 1 later in the year could "wreak havoc" on the season.

Worldwide logistics complications triggered by the Ukraine war and the COVID-19 pandemic have led to global supply chain issues and widespread freight delays.

MotoGP has already fallen foul of problems when it had to cancel the first day of action at the Argentine Grand Prix after freight was late, while F1 itself has also had some near-misses.

Haas had to miss the start of the Bahrain test when some of its freight was delayed following a plane problem, while F1 partner DHL had to pull off a rescue mission to save several tons of equipment from three teams ahead of the Australian GP after the ship it was on was delayed.

F1 has embarked on its biggest ever F1 season in 2022, and the second half of the campaign is especially compact because of the need to finish the championship before the football World Cup begins in Qatar in November.

That means a run of double and triple-headers with tight turnarounds, which opens up the risk of a delay in freight leaving teams without equipment for a GP weekend.

Horner accepts that the situation is not an easy one, and comes at a time when F1 teams are exposed to a dramatic escalation on transportation costs as well.

"It's a big challenge," he said. "We have a very complicated calendar and there's very tight timescales, and with some of the triple-headers, and double-headers coming up late in the year, obviously losing freight for a period of time could wreak havoc. 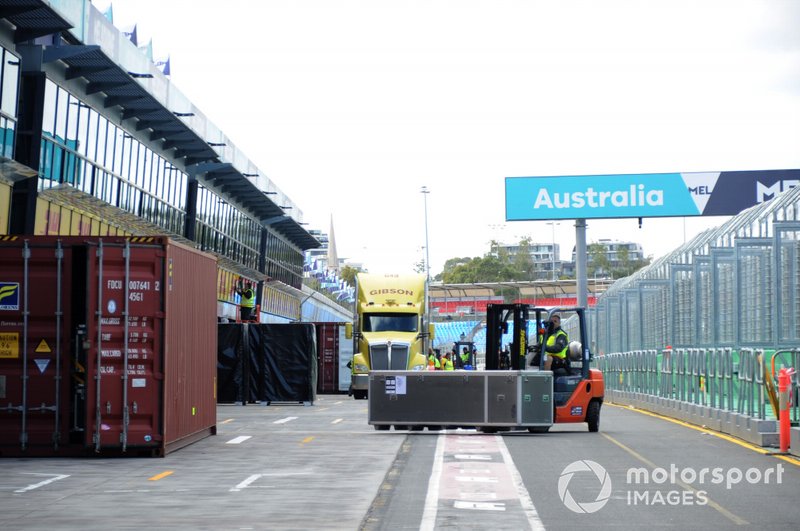 "So that's one issue that we're working, obviously, very closely with the logistic guys and Formula 1 with. But then, of course, there's the cost element and I think freight is close to doubling this year.

"We see that in all the cost of living, we see inflation throughout the world and I think that, when you consider that freight is something that is currently within the cap, we need to find a sensible allowance that takes into account these inflationary costs."

The increased costs, allied to risks of delays, has prompted teams to be more cautious about sending freight, including updates, at the last minute.

AlphaTauri boss Franz Tost said: "It's a big challenge, of course, because of our tight schedule. But we are aware about this, which means that we have to manage it and we have to be prepared.

"Last-minute activities are not possible any more and, as a competitor, the costs are increasing dramatically. That means from the logistics side, we have a lot of problems to sort out.

"I hope that all the teams will have, in time, the cars and the equipment at the track, that we don't have any delay as it was with the MotoGP."

Why Netflix isn't the sole reason behind F1's modern-day boom