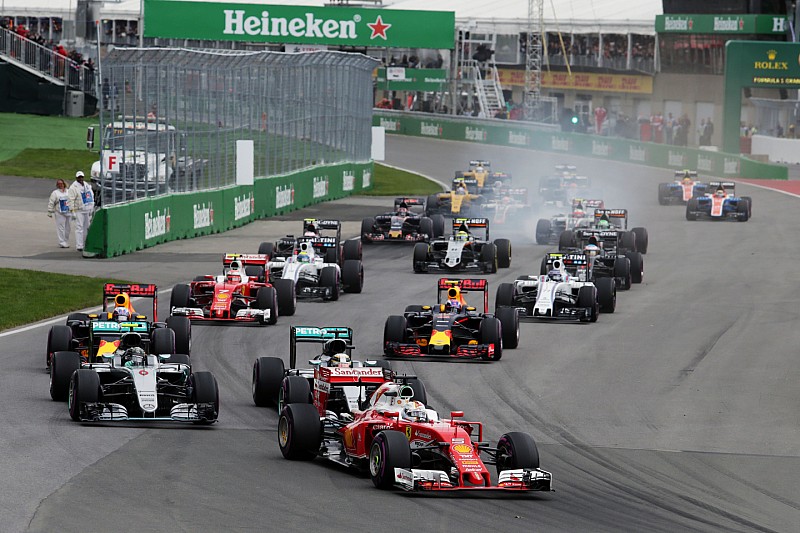 The FIA has told Formula 1 teams that a trick idea for a 'preloaded' start procedure – which could have delivered the benefits of launch control – will not be allowed on safety grounds.

The move comes after Ferrari outed the concept in correspondence with the FIA – with all teams now having been notified on the matter.

Motor racing's governing body has got stricter over the past 18 months in putting starts back in the control of drivers, teams have been looking at ways of improving the situation for their men.

The value of making good starts under the tighter restrictions that came into force in 2016 became clear throughout last season as Lewis Hamilton failed to capitalise on his pole position several times as teammate Nico Rosberg got away from the grid better.

Disastrous getaways in Australia, Bahrain, Italy and Japan in particular ultimately proved costly, as Rosberg grabbed the title in the final race.

On the flip side, Sebastian Vettel was able to snatch the lead in both the Australian and Canadian Grands Prix thanks to sensational getaways from the second row of the grid.

In light of the clear benefits that could come from having a start advantage, teams have been working hard on fine-tuning their systems to try to make things as consistent as possible for drivers.

Motorsport.com has learned that F1 race director Charlie Whiting recently rejected a proposal put to it by Ferrari for a 'preloaded' start system.

It is unclear, however, whether Ferrari was working on the concept for its own benefit in 2017, or wanted the idea out in the public domain, so that any rivals that had been either using it or developing it were no longer allowed to do so.

Ferrari's involvement comes on the back of its querying pre-loaded suspension systems late last year in a bid to ensure rivals were not employing trick technology.

Under F1's tight start regulations, teams are forbidden from giving drivers any help with finding clutch-biting points at the start.

The F1 Technical Regulations state clearly that designs that help adjust clutch engagement, or even notify drivers of the best position to hold the paddle in, are outlawed.

The 'preloaded' start procedure aimed to get around the situation by drivers effectively holding the car on the brakes once the driver had found a good balance with the clutch and throttle.

This is how the procedure could work:

As well as ensuring a good consistent getaway each time, the procedure would help minimise wheelspin too because in the final phase before the brake is released, the engine revs would drop by a managed amount.

Ferrari wanted clarification on whether the 'preloaded' start complied with two of F1's 2017 regulations.

They were 9.2.2 that: "Designs which allow specific points along the travel range of the clutch operating device to be identified by the driver or assist him to hold a position are not permitted."

Plus Article 9.2.7: "Any device or system which notifies the driver of the amount of clutch slip or engagement is not permitted."

It is understood, however, that objections to the preloaded start procedure were lodged not because of the rules but because of potential dangers of such a system.

Whiting argued that having drivers pulling the engine revs down too much in the preload phase, or if throttle failsafe thresholds were exceeded, would run the risk of anti-stall kicking in – which could leave cars stranded on the grid at the start.

It was felt also that giving the green light to the preload idea would open up huge development wars – either through negating the throttle failsafe limits or in aggressive clutch development.

Although Whiting's view would appear to rule out anyone from using the procedure, teams have long known that as head of the F1 Technical Department he can only offer opinions on items.

It remains up to the race stewards at each F1 race to offer a definitive verdict on the legality of items and procedures, but it is unclear if a team would risk pushing ahead with his system in light of Whiting's views.

Insight: What's going on behind the scenes as the F1 teams prepare for winter testing?