Formula 1 overtaking slumped by half in 2017 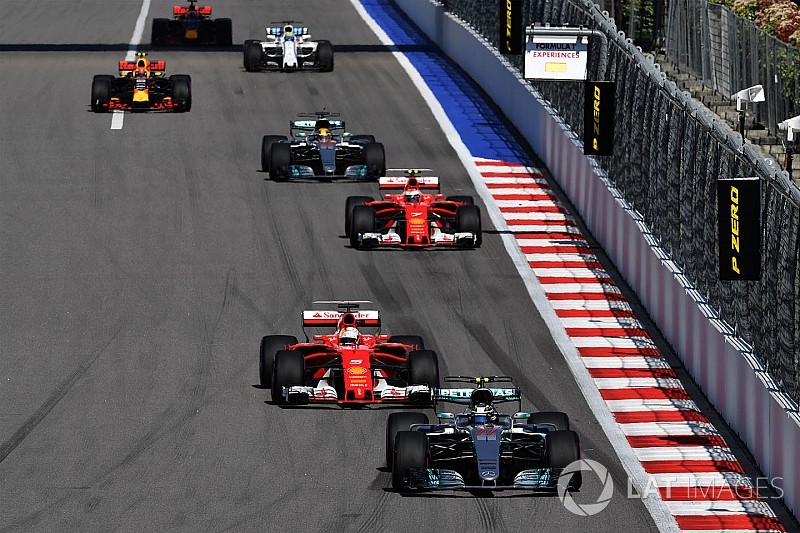 Formula 1 overtaking slumped by nearly half this year to be the worst ever during the DRS era, as fears were realised that the new wider and faster cars would make passing more difficult.

Pirelli released analysis data from the 2017 campaign on Monday and it revealed that the number of overtaking moves it registered over the 20-race season was down to 435.

This is a 49 percent drop on the mammoth 866 passes that were recorded in 2016, when there was one more race.

The 2016 figure was the highest since records began in the early 1980s, while this season's 435 is the lowest since the 211 passes that took place in 2009, which was before DRS was introduced to help overtaking.

This year's crazy Azerbaijan Grand Prix in Baku accounted for the most overtaking moves in one race, with 42 in total.

At the other end of the spectrum was the Russian Grand Prix in Sochi, where just one pass was recorded.

Daniel Ricciardo ended the year as Formula 1's top overtaker, pulling off a total of 43 passes during the campaign.

An impressive 13 of these came at the British Grand Prix, when he charged his way through the field after taking a grid penalty for a new gearbox and power unit components.

Ricciardo's teammate Max Verstappen pulled off 22 moves himself, which meant Red Bull was the team that passed the most cars over the course of the season.

Lance Stroll's strong recovery from poor qualifying efforts was proven when he was the driver who pulled off the most passes on the first lap of the race – with 36.

Ocon: Force India needs to be "perfect everywhere" in 2018

Where the Mercedes vs Ferrari tech war was won and lost