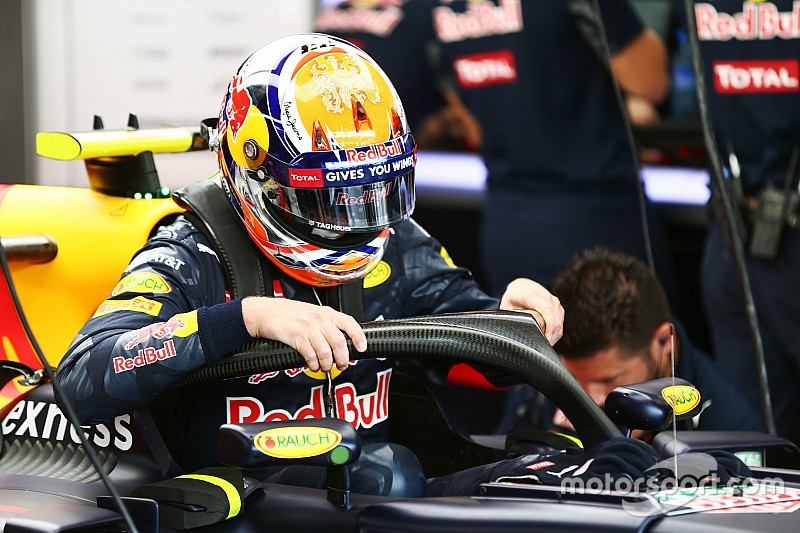 Formula 1 drivers are not universally behind the introduction of the Halo in 2018, with Max Verstappen among those claiming he doesn’t understand why it is required.

The FIA has pushed ahead with the Halo for next year on the back of research that convinced the governing body of the safety benefits of its introduction.

But speaking at the Hungarian Grand Prix, Verstappen did not think such a move – which has led to a backlash from fans – was needed.

“I don’t like it, but of course at the end of the day you have to respect the decision of the FIA,” said the Red Bull driver.

“I think since we introduced a Virtual Safety Car, that has reduced a lot of risk of speeding under the yellow flags in the race. Also, with the wheel tethers they are quite strong at the moment so you won’t lose a wheel very easily, and when there are parts flying around the car it isn’t really going to protect you.

"So, I don’t really understand why we should need it.”

When asked if he felt it would take away some of the excitement of F1, he said: “I think as soon as I have that thing on my car, I don’t like it. So the excitement is already gone before I am sitting in the car.”

Haas driver Kevin Magnussen was more outspoken, suggesting that fans were right to be upset about the aesthetics of the car suffering.

“I agree with Max,” he said. “It takes away some of the passion that F1 is talking about. When you look at the car and it is ugly, F1 cars aren’t meant to be ugly.

“That is the reason that a Ferrari is more exciting than a Mazda. It is something to do with passion. If it looks s**t, it is s**t...”

Romain Grosjean, who is a GPDA director, said the decision to make the Halo mandatory next year was nothing to celebrate.

“Personally I think it was a sad day for Formula 1 when it was announced - and I am still against it,” he said.

“I don't think it's got a space in Formula 1. As a GPDA member and director, as a driver, I need to thank the FIA for all the research because the research has been pretty strong, the Halo is a strong device against a lot of cases.

“There are occasions where it can get worse, which I am not particularly fond of. There are a few problems that we may have that we haven't thought of - seeing the starting light on the grid, no one has tried that.

"They're always different, they're always in a different place, seeing the flags on the side and things like that. So we need to see a bit more of that."

Renault's Jolyon Palmer echoed Grosjean's sentiments: "I agree with him. I think it is a sad day, a mistake, and there’s no coming back from it.

"This will be the end of Formula 1 as we know it, with an open cockpit.

“I think it’s an over-reaction to problems in other series. Since 1994 there’s been one fatality in
F1, which is tragic, but the Halo wouldn’t have stopped it."

Palmer's teammate Nico Hulkenberg, who has long been outspoken about the Halo, added that he would put up with the introduction but questioned why it was needed.

“I am still going to race, I won’t retire for sure,” he said. “I was never a big supporter of the additional extra head protection and am still not, but it is not my decision. With the FIA making safety rules and requirements, I will accept and get on with it.

“I think obviously there is that element of aesthetics that doesn't look pretty, but with freak accidents, the one-in-a-million ones, we have security and the tethers are always getting better.

"I am not sure that this additional protection is necessary because all the other areas keep on improving and we compromise the looks quite a lot.”