Formula 1 teams have approved a plan to introduce rear wing rain lights in 2019 in a bid to help make cars stand out more in low visibility conditions, Motorsport.com can reveal. 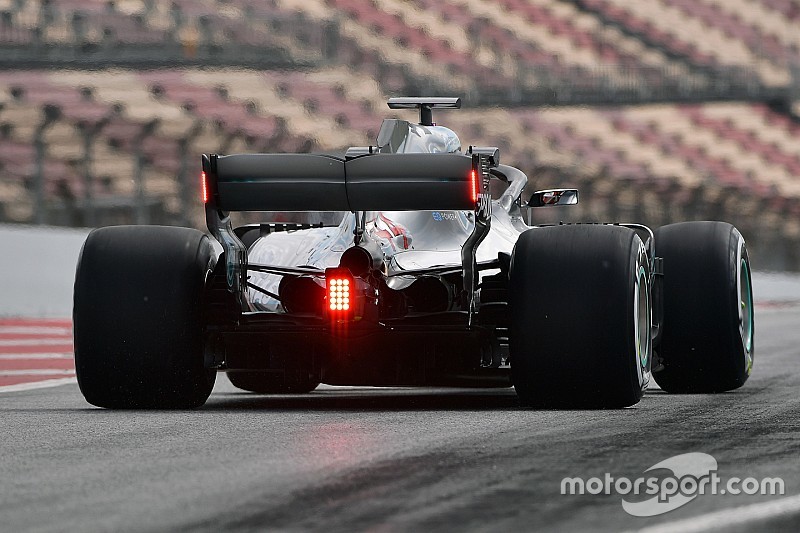 At the post-Spanish Grand Prix test earlier this year, Lewis Hamilton trialled a version of the vertical LED light strips as part of an evaluation study by the FIA.

The idea is that by having the extra flashing lights higher up than the traditional rain light fitted at the rear, there will be more chance of cars standing out in heavy spray conditions.

With the tests having proven a success in terms of the functionality of the lights, a proposal to make them mandatory for 2019 was put forward to teams during a recent vote at a technical regulations meeting (TRM).

With teams unanimously backing the plan, the necessary approval at the next Strategy Group, and then ratification by the World Motor Sport Council, should be a formality before the rear wings light are officially put in the rules.

Rear endplate lights are not new in motor racing, with them having already appeared at various times in the World Endurance Championship.