Formula 1 back in action at Paul Ricard 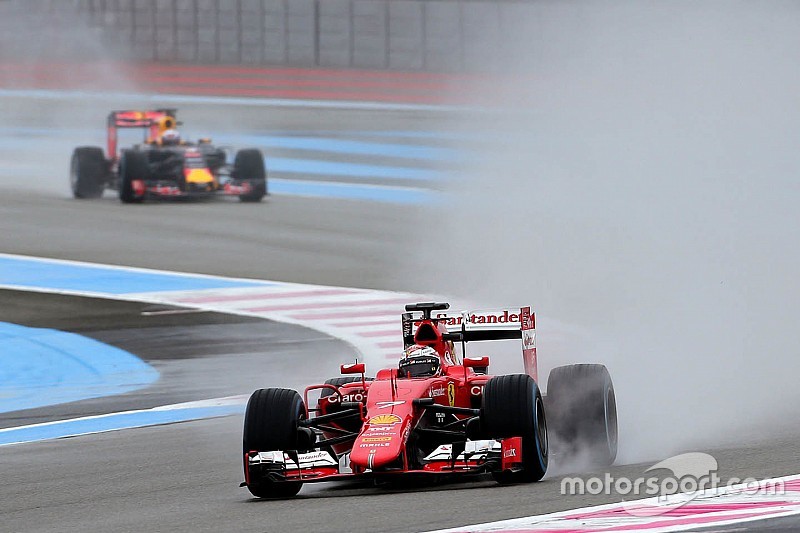 Formula 1's 2015 cars were back in action at Paul Ricard in France on Monday as Pirelli began its two-day wet weather test.

Following frustrations last year about its inability to get private running with contemporary cars, Pirelli was able to finally get approval for two days of running with year-old cars.

Red Bull, McLaren and Ferrari are taking part as Pirelli bid to make improvements to their full wet tyres.

A shorter version of the Paul Ricard track is being used, and it is being artificially soaked between runs to try to ensure stable conditions for better evaluation of the prototype rubber that has been brought to the track.

The test kicked off with Kimi Raikkonen (Ferrari), Daniel Ricciardo (Red Bull) and Stoffel Vandoorne at the wheel for the early runs - which were around seven laps each.

F1 teams have been told that they are not allowed to use the test as an opportunity to trial any new parts and that they must simply follow Pirelli's requests.

Louder F1 engines, but which team will find a performance gain from extra exhaust?