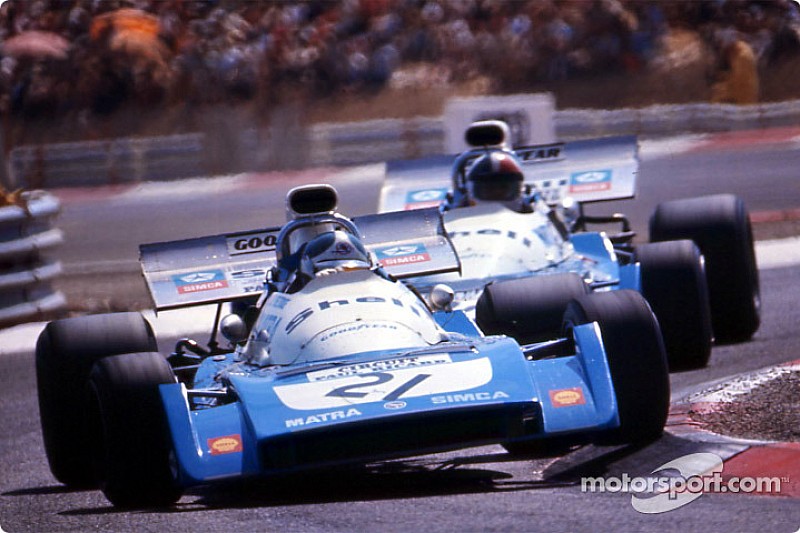 A champion has left us.

Jean-Pierre Beltoise, who earned his place in the history books with his sole F1 win in Monaco in 1972, has died at the age of 77.

Born in Paris, Beltoise began racing motorcycles and won multiple French championships before moving to cars. An accident in the 1964 Rheims 12 Hours left him with serious leg and arm injuries, but he fought back to establish himself as France's top racer over the rest of the decade.

He was best known for his long association with Matra, which began in F3 in 1965, and continued in F2 the following year. At the end of 1967 Matra began its move into Grand Prix racing and Beltoise ran an F2 car in the US and Mexican events. He contested a full season with the new works V12 in 1968, finishing second in Holland. He also found time to win that year's European F2 title.

In 1969 Matra switched to Cosworth power and Beltoise drove alongside Jackie Stewart under the auspices of Ken Tyrrell. He finished second in his home race and earned a couple of thirds as his team mate took the title.

The V12 returned in 1970 and back in the works Matra team Beltoise earned more thirds in Belgium and Italy. His 1971 season was overshadowed by a controversial crash in the Buenos Aires 1000kms sportscar race which cost the life of Ferrari driver Ignazio Giunti and led him to losing his licence for a while. Beltoise had been pushing his Matra back to the pits when it was struck by the Italian.

He moved to BRM in 1972 and enjoyed his day of days when he outdrove the field to win a wet Monaco GP, although he had little luck elsewhere. In 1973 he was outshone by new team mate Niki Lauda, while in 1974 a second place in South Africa showed that he could still get the job done. It was his eighth and final F1 podium finish. His season ended with a heavy practice crash in the final race at Watkins Glen, which left him with with foot injuries.

He was supposed to return to F1 with Ligier and Matra in 1976, but ultimately Jacques Laffite got the job, and his single-seater career fizzled out. He was involved with the birth of the Rondeau Le Mans effort before moving to touring cars, winning the French title in both 1976 and 77.

Beltoise's first wife was killed in a road accident and he later married Jacqueline Cevert, sister of his close friend Francois.