All nine other teams had to approve of the arrangement, and after lengthy debate in recent days, they eventually all signed off, with McLaren and Williams understood to be among the last to do so.

The biggest concession that the new team has made is giving up the points that the previous Force India had earned in 2018, meaning that it has to start afresh at earning its place in the constructors’ table, which will have a bearing on future income.

“The remaining nine teams have signed, so to speak, a document that enables us to keep the money that Sahara Force India earned in years past,” said Szafnauer.

“I think the biggest consequence is that we start from zero points, we forego the [59] points, because they belong to Sahara Force India, which is not an entrant any more. We are a new entrant, and start from zero.

"We will do the best we can and try to score as many points as we can in the remaining races, and see where we end up at the end of the season. And that will determine some of the prize fund for the following year.”

Szafnauer was keen to thank rival teams and other F1 stakeholders for agreeing to the change of entry.

“It started off as a share sale that then transferred into an asset sale, for reasons that I don’t quite understand. Once that happened we needed a new entry, into F1, and to gain a new entry in a short period of time takes a lot of work.

“The last 48 hours were about working towards having Racing Point Force India F1 team gain its new entry, and that was a lot of work, to do that.

"Fortunately with the support of the FIA, FOM, and our fellow competitors, our colleagues within the community, we got it done. I’ve got to thank the teams for supporting us.”

Szafnauer confirmed that the Racing Point name is a stop-gap solution.

“The reason is we started the year with Force India as our chassis name. And F1 and the FIA, they don’t like chassis name changes, and I understand why, because it confuses the fans.

“I think it would have been confusing to remove Force India. Racing Point was added in front of Force India instead of Sahara. That was just so we could distinguish between the old and the new.

"Racing Point just happens to be the name of the company in the UK that own the assets. That’s the only reason for the name being there. But the chassis name remains Force India, and I think from a fan perspective, that’s the right thing to do.”

Szafnauer said the team has  "got a few months to think about” what it will be called in 2019. 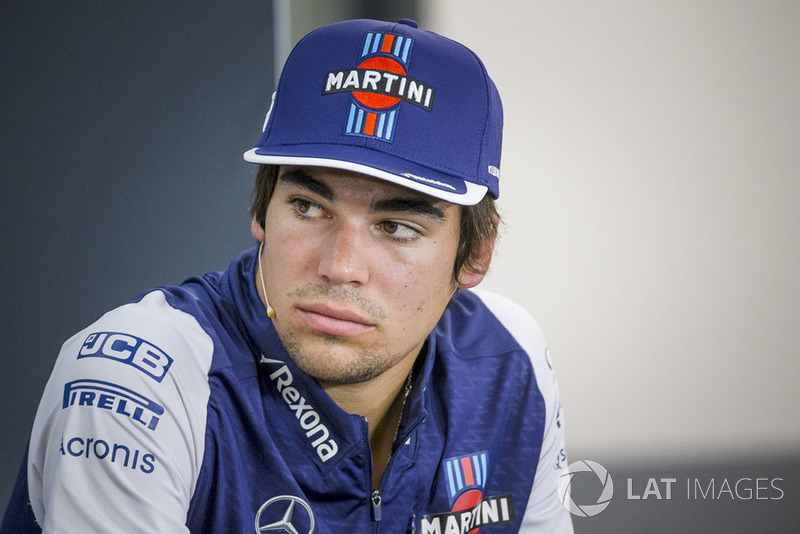 Szafnauer did not deny the obvious suggestion that Lance Stroll will switch to the team from Williams before the end of 2018.

"For the short terms it is the same two, what happens thereafter, it is not impossible to change, that’s for sure, but a lot of agreements would have to happen. I don’t know, it’s hard for me to predict for the future.”

Stroll’s current team boss Claire Williams hinted that a change was not impossible.

“There are a lots of twists and turns in F1, aren’t there?,” she said. “I think we’ve seen that over the past few weeks alone. So I think we’ll have to wait and see what the future brings. It might be odd if Lawrence [Stroll] owns one team with his son in another, but hey, this is F1.

“At the moment as I said Lance is contracted to us, he is driving for us this weekend, and as soon as we have more information, when we know, then we will share that.”