Force India to keep 'Stegosaurus' for rest of Singapore GP 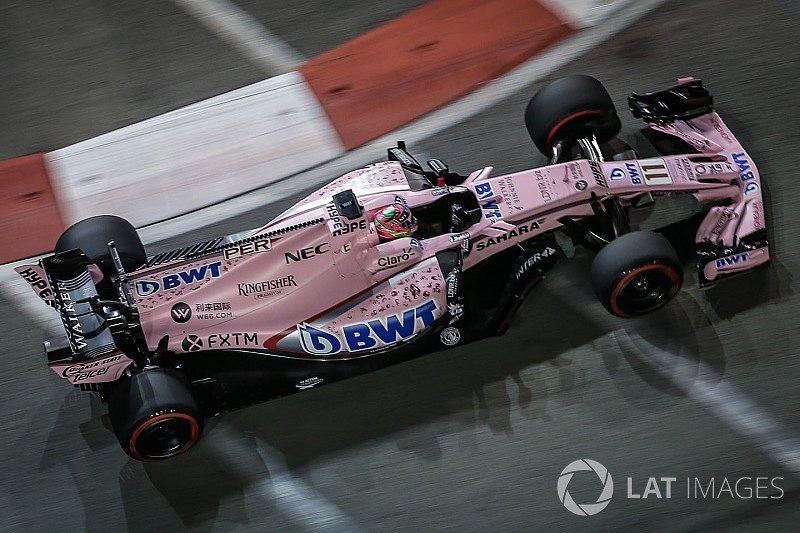 Force India will stick with its unique ‘Stegosaurus’ engine cover fin for the remainder of the Singapore Grand Prix event, following a successful first test at the Marina Bay circuit on Friday.

The Silverstone-based team caused a stir earlier this weekend when it revealed some aggressive steps to its VJM10 – including a triple-decker T-wing and a run of more than 30 fins along the top of the engine cover.

The fins have been nicknamed the 'Stegosaurus' by Force India, and its technical director Andy Green explained that the new addition is aimed at helping airflow to its bolder new T-wing.

"We call it the Stegosaurus engine cover and it works in conjunction with the T-wing to help that wing perform better," explained Green.
"All our data suggests that it is working as anticipated, so it is staying on the car."

The way that the fins interact with Force India's largest T-wing means that they will only be called on at tracks that require maximum downforce – which means they will likely return at next month's Mexican Grand Prix.

"It all comes as a package with the triple T-wing," said Green. "We developed it just before the summer shutdown and there is a good chance we will see it again – and for sure at Mexico. Potentially we will be trying it out at other tracks as well."

Although the tight-and-twisty Singapore circuit does not play to the strengths of the Force India package, Sergio Perez was very positive after a first day of running where he ended up fifth and eighth in the two respective practice sessions.

"It was probably our best Friday of the year in terms of what we learned and the improvement we made with the car," he said.