Force India has "many" potential buyers "with deep pockets" 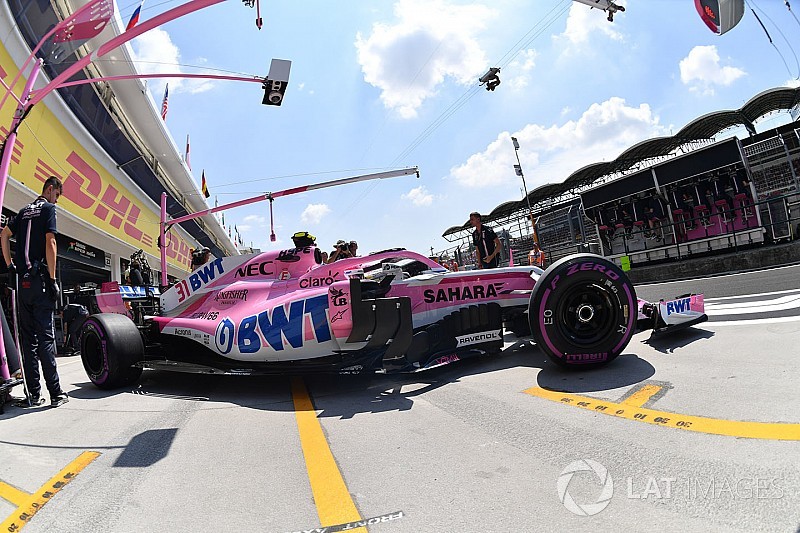 Mercedes F1 boss Toto Wolff says that many potential buyers "with deep pockets" are waiting in the wings to bid on Force India.

As the major creditor, and with the futures of junior drivers Esteban Ocon and George Russell also in mind, Mercedes was closely involved in the discussions that led to Sergio Perez triggering administration.

That in turn will lead to administrator FRP selling the team, whereas previously main shareholder Dr Vijay Mallya was reluctant to entertain offers.

Mercedes is keen for the team to end up in the hands of new owners of whom it approves, and who can continue to operate it successfully over the longer term.

In addition, there is the bigger picture of Ferrari's alliances with Haas and Sauber, and a desire from Mercedes to retain two strong partners in Force India and Williams, potentially with even closer links to the Stuttgart manufacturer in the future.

Wolff was keen to praise Mallya, who aligned his team with Mercedes in 2009, after a single season with Ferrari power.

"First of all credit must be given to Vijay for 10 years or so of funding the team," he said.

"And having been not only a shareholder, the key shareholder of the team, but also having had the enthusiasm to support the team and fund it.

"Obviously things have turned more difficult for him in the past, and that has had an effect on the team.

"Now that process has been kicked off by the administrator. There are many potential buyers with great interest, with deep pockets, with an understanding of what kind of spending levels are needed in order to perform in F1.

"It's something that is positive for the team, and for all its employees, I would say. As much as we have to recognise Vijay's effort the last 10 years, we shouldn't forget that."

Wolff acknowledged that Mercedes is keen to see how the bidding process unfolds.

"A formal process has been started with administration and we have to wait and see who will bid for the assets.

"We as Mercedes are interested spectators of the process. We would like to understand what the funding strategy from a potential new buyer is, how it could affect the collaboration between the two teams. We aren't there yet."

Force India deputy team principal Bob Fernley acknowledged yesterday that Mercedes will be closely involved in the process of selling the team.

"What will happen is that interested buyers will lodge their interest with FRP, and FRP will now evaluate the business case for any of the potential buyers," he told Motorsport.com.

"From that I'm sure there will be a process which will involve Mercedes and F1 Group to determine the most appropriate buyer for Force India."