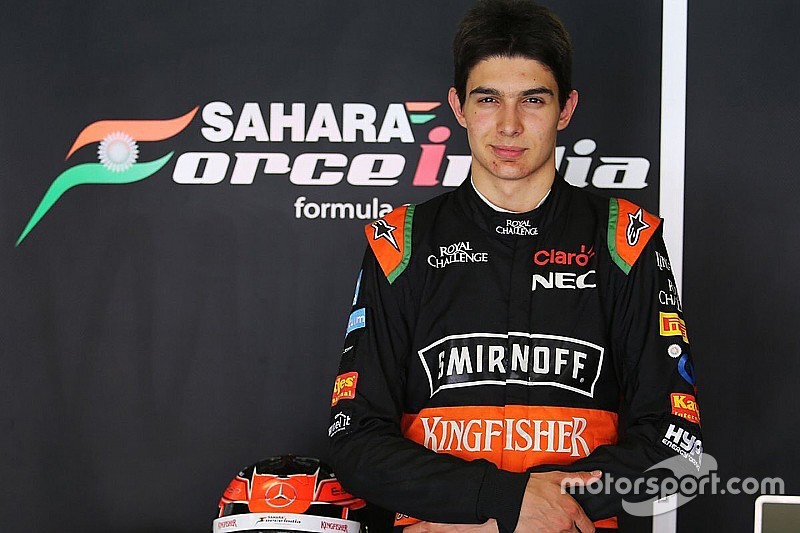 Force India deputy team principal Bob Fernley says he has no qualms about employing Esteban Ocon despite the Frenchman's long-term commitment to Mercedes.

Fernley insists that, while Ocon remains a member of the Mercedes junior squad, there is no danger of him being whisked away at short notice, should the world champion team have a need for his services.

"Absolutely not, he's a Force India driver for two years, and that's it," Fernley said. "He can't substitute one of their drivers.

"But if they were asking him to test, I think I'd be quite pleased to let him do that!"

Historically some F1 teams have opted not to invest time and effort in developing a driver who is a protege of a rival and could easily depart at the end of his initial contract.

However, Fernley says that the situation with Ocon is the same as with any driver who could opt to leave, and he's confident that the Frenchman will be happy to stay with the team in the longer term.

"We could have a situation with another driver where we've got him for two years, and then he decides to move on," Fernley added.

"No matter what you do I think the answer is you have to optimise the performance from both the team and a driver point of view while you have them.

"If you're performing at the top, you limit their desire to want to change."

Magnussen: F1 2017 cars will help with my biggest weakness