Sergio Perez believes Force India’s best-ever season in Formula 1 is being helped by a "lack of politics" at the outfit. 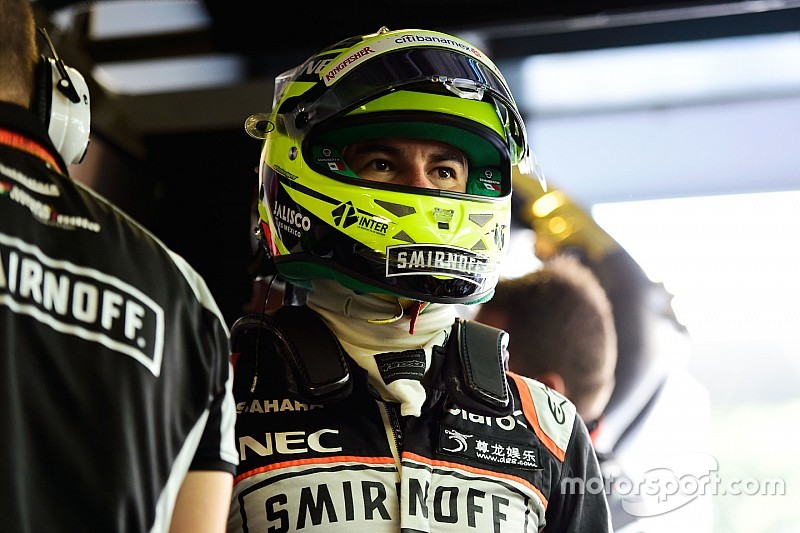 The upward trend for the Indian-owned outfit continues after it achieved its best constructors' result of fifth last year and it is currently locked in a fight with Williams for fourth overall.

For Perez, the explanation for the surprise form is simple – that the team is working in unity.

"It is the structure of the team. I think the people, technically, we have very good people," said Perez when asked by Motorsport.com to explain why Force India was able to punch about its weight. "There are no politics in the team so people are allowed to do their job.

"It makes a massive difference in the environment of the team. Everyone is working to be better as a team and that is a key to it.

"It is important to have a good structure with good people and we have very key people in each role, who do their job properly and that makes a massive difference in the team, having good team bosses."

Having started the 2016 season with just 13 points from the first five races, the team since then has scored 95 points in nine races, including two podiums.

The key aspect for such a reversal in form was identifying the weak spots of the VJM09, one of which was massive tyre degradation.

"To look back and see the season we have had, the podiums with great racing, it has been a really, really strong year," Perez said.

"We knew we had a competitive car but we were suffering a lot with tyre degradation with some of the areas of the car that we identified early on.

"That was a massive key, that we focused so much on weak areas of the car early in the year and that has helped us massively."

What remains to be done to put together the final grid for F1 2017?