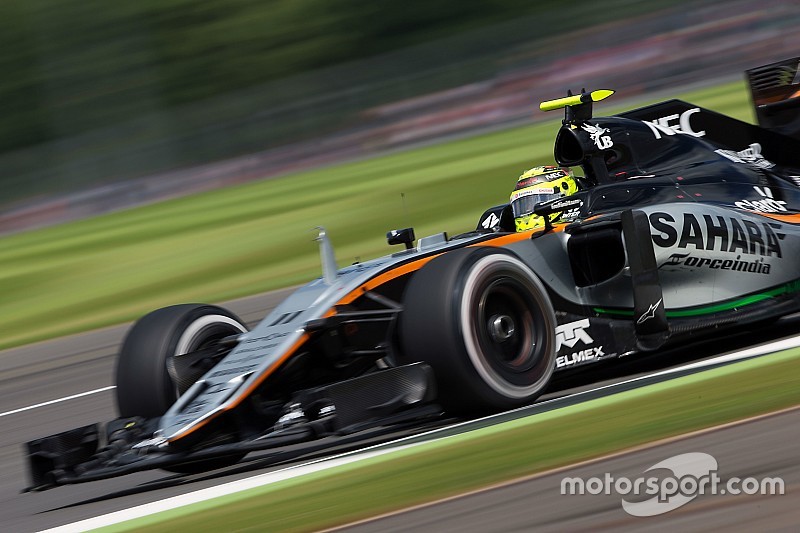 Force India has labelled it 'ridiculous' that teams are allowed to help cure gearbox problems over the radio, but are banned from warning drivers about imminent brake failure.

The Silverstone-based team was left disappointed at the Austrian Grand Prix that it could not alert its drivers to major problems with their brakes.

In the end, Sergio Perez suffered a left front brake failure which pitched him off the track and into the barriers.

In the wake of the FIA stewards deeming it okay that Nico Rosberg was helped with a 'critical' gearbox problem at the British Grand Prix – albeit the team went too far in then helping him avoid repeat trouble – Force India has made it clear it is not happy with the situation.

Force India COO Otmar Szafnauer told Motorsport.com: “I personally think it is ridiculous to say you have a gearbox problem, but you cannot say you have a brake problem.

“The brakes slow you down, the gearbox makes you go. Usually making you go doesn't get you in trouble, it is not being able to slow down that gets you in trouble.

“These radio rules, they are new, but we should take an educated approach about what should be able to be said and what shouldn't, now we are all learning from it.

"And things like brake problems, we should absolutely be able to tell the driver.”

With a number of teams believing that further debate is needed with the FIA about the scope of restrictions, Szafnauer believes that recent experiences have highlighted the need for change.

He also thinks that F1 should not be ashamed of changing rules if they do not work – as happened with the elimination qualifying flop earlier this year.

“I can remember not so long ago we thought 'let's change the qualifying rules, they will be much better',” he said.

“We kind of looked at it and thought, 'that is not right', and perhaps with other rules we should have the same approach.”

Ricciardo: "I don't believe in luck or any of that crap"