Following other F1 cars "as bad as it's ever been" 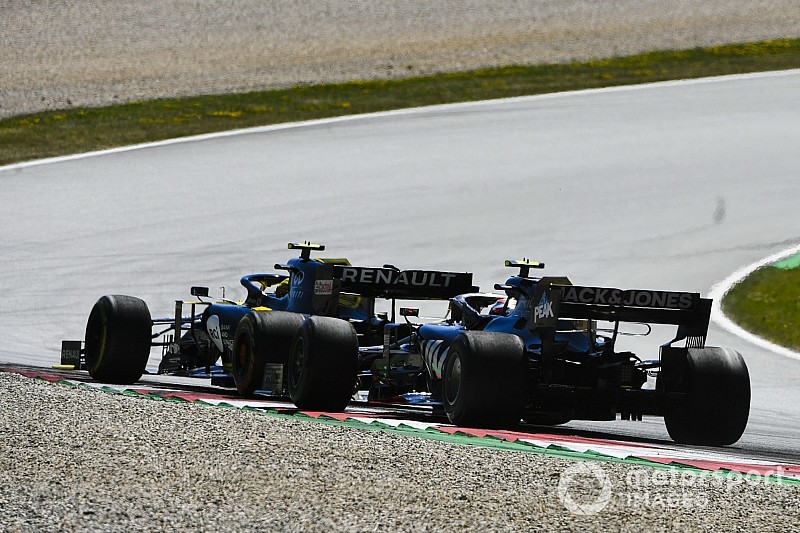 Nico Hulkenberg says trying to follow other cars now is as hard as it has ever been, despite attempts by Formula 1 chiefs to make overtaking easier.

A revamp of the aero regulations for this year was aimed at helping allow cars to run closer to each other but, despite a little improvement, the problem is still a major factor in the lack of exciting racing.

Hulkenberg thinks the issue of being unable to get close to cars in front should not be downplayed, as he suggested it was now a major handicap for drivers.

"I feel it's as bad as it's ever been, to be honest," said Hulkenberg when asked by Motorsport.com about the difficulties of getting close to other cars.

"Especially if you get really close, maybe five tenths. If the guy in front of you has a wobble and makes a mistake, the sudden loss of grip you experience is sometimes drastic and you're just forced to get off the throttle or you're going to go off.

"It's really like hitting the Chinese wall or taking the ground from below your feet."

Hulkenberg is clear that no amount of fiddling with the current car rules was going to improve the situation in the short term, as only a major overhaul would do the job.

"We need a different concept," he said. "I understand that's where it's heading."

F1 chiefs are pushing hard to create cars from 2021 that are much better able at following each other.

While Lewis Hamilton has some scepticism that the ambitions will be realised with the current rules proposals, Hulkenberg is a bit more optimistic.

"I don't specifically know what he means but I think the technical rules are heading in the right direction and for me the biggest subject is really pinning down the aero regulations in the right way so that we can have good, close, clean racing," said Hulkenberg, who joined a recent team bosses meeting with the FIA to discuss the 2021 regulations.

"Everyone in that meeting really understood that and it seemed as though they wanted the same, because at the end of the day, racing and a good show is what sells Formula 1 and produces good entertainment. So I'm not quite sure what he means or wanted."