Five things we learned from the Austrian GP 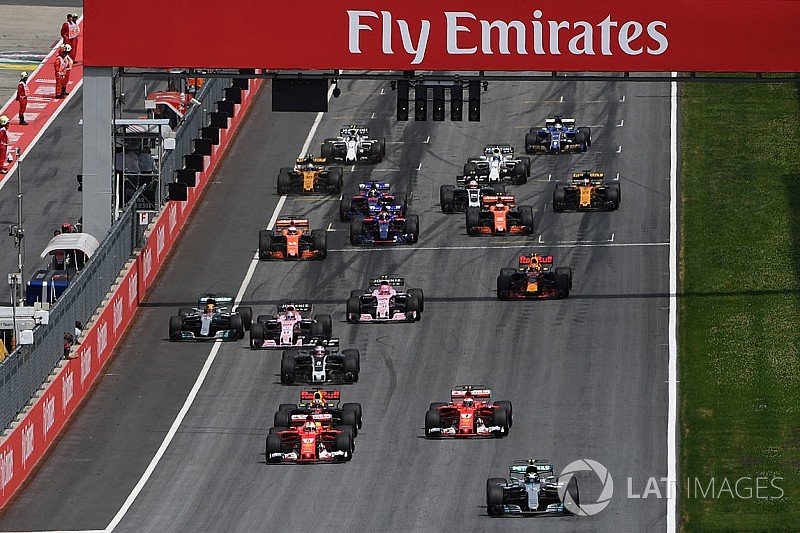 Motorsport.com’s Global Editor-in-Chief Charles Bradley gives his views as a new player emerged in the F1 title battle at the Red Bull Ring. 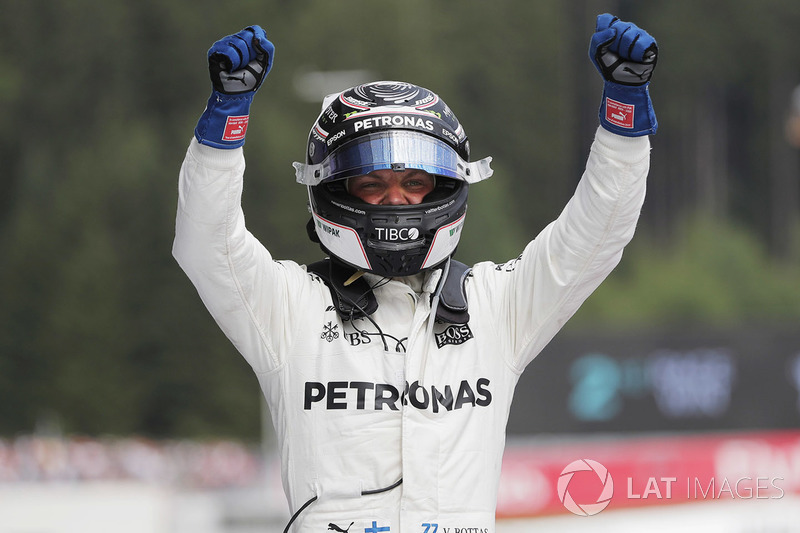 Not only does it feel like it cements his position within the Mercedes-AMG F1 team, it also moves him within 15 points of teammate Lewis Hamilton (hamstrung by a grid penalty at the Red Bull Ring due to an enforced gearbox change).

That means he’s closer to Hamilton than Lewis is to points-leader Sebastian Vettel.

Our pre-season question mark over Bottas wasn’t his speed, but his ability to develop from team leader (as he was at Williams) to regular race winner given the kit at his disposal. Two wins, two poles and six podiums from nine starts appears to have satisfied our curiosity.

And what a start it was! Perfectly anticipated, with a 0.201s reaction time. Like a soft penalty in a football match, I’ve seen those ‘given’ in other categories – but Bottas is playing to the FIA’s rules, and was within its tolerances.

Another quirk of F1 is that his contract is likely littered with performance-related clauses going forwards (scoring more podiums than Hamilton, for example, would be a huge tick), and while we know this was only a one-year deal, there’s almost certainly options laid out that lead to a longer-term future with the team.

Let’s assume he’s already done enough to extend his stay, though. Question is, how long a deal will Mercedes grant him, with so many driver options potentially available?

Bottas’s form is all the more impressive when you consider he’s had a mechanically-enforced DNF, in a Spanish GP weekend where he was blighted by engine issues. Meanwhile, his title rivals have scored in every round.

Still not convinced? How about this form guide of points scored in the last four races: Hamilton 53, Vettel 67, Bottas 73…

2: Kimi is a “laggard”, but Alonso won’t be replacing him 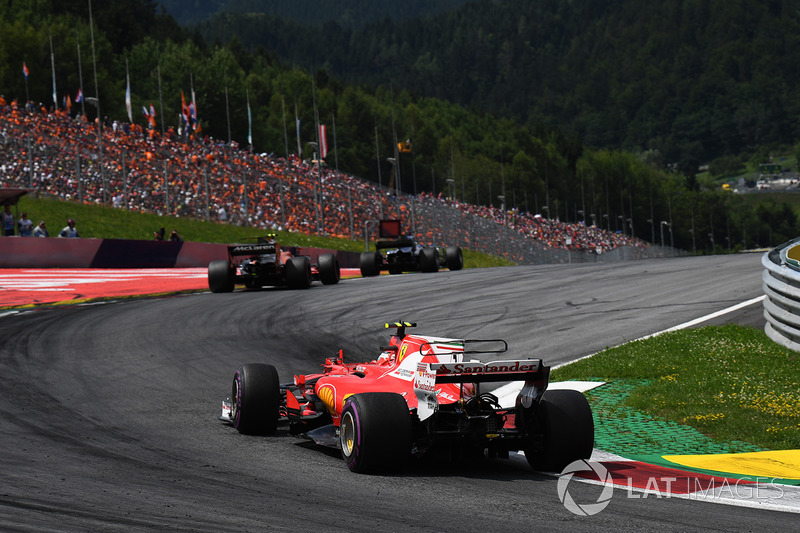 “I think Kimi has got to show a higher level of commitment to the process. There are days when I think he's a bit of a laggard, but we'll see.”

Ouch. Those are the stinging words of Sergio Marchionne, president of Ferrari. He’s renowned as a hard taskmaster, but this was like a verbal punch to the solar plexus of an ex-world champion racing driver.

“It’s not like I’m not trying,” was Kimi’s response, but scoring less than half the points of Vettel has left Ferrari ‘lagging’ 33 points behind Mercedes in the constructors’ championship so far.

At least Kimi can be safe in the knowledge that Fernando Alonso won’t be returning to the Scuderia any time soon. Marchionne brushed that notion aside, sending out a clear “we’re not interested”.

It says a lot for Ferrari’s supreme standing in the sport, and its rediscovered competitiveness, that it doesn’t have any race drivers under contract for 2018, just six months or so from the start of next year’s testing.

Vettel’s re-signing should be a formality, and then it’ll be a case of how much risk the Prancing Horse is willing to take for its second seat. 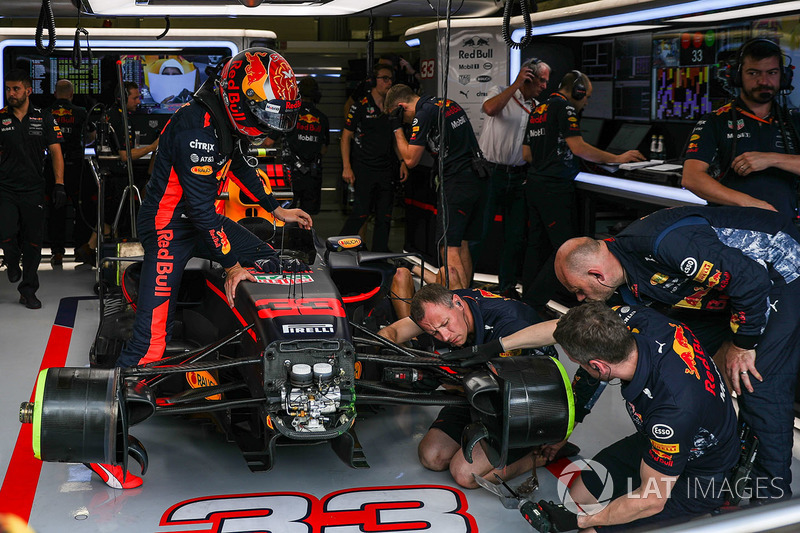 Red Bull has, metaphorically at least, thrown its arms around its current cadre of drivers.

With the news that Daniil Kvyat is poised to follow Carlos Sainz's lead in re-signing for Toro Rosso, they join RBR’s Daniel Ricciardo and Max Verstappen under contractual lock and key for the foreseeable future.

And yet! Three DNFs in a row for Verstappen. Even for a character as cocksure in his own abilities as Max, he’s starting to feel the pinch.

The team has apologised for the varied technical misfortunes, via both team boss Christian Horner and driver advisor Helmut Marko, but the man himself isn’t happy at all.

“What can I say? Sorry doesn’t get me anywhere,” he told the Dutch written press when asked about the problems on Sunday evening. “Since Monaco I have scored zero points.”

Horner quipped it up thus: “It is the RB13 – and 13 is lucky for some and not for others. You can say it has been lucky for Daniel and unlucky for Max so far.”

So how long can this go on for? Over the weekend there was speculation of a swoop for Verstappen by Ferrari, which would mean breaking his contract with Red Bull that runs until the end of 2019.

Horner quashed this talk, while Ferrari’s Marchionne wouldn’t take the bait when quizzed.

But perhaps the toughest pill to swallow is that the much-vaunted ‘best driver pairing in F1’ is looking alarmingly one-sided in Daniel Ricciardo’s favour right now. Even Force India's Sergio Perez has overhauled Verstappen in the drivers' standings.

And how long can Max deal with that before he looks elsewhere?

4: Vettel and Hamilton are shaken, not stirred by TV demand 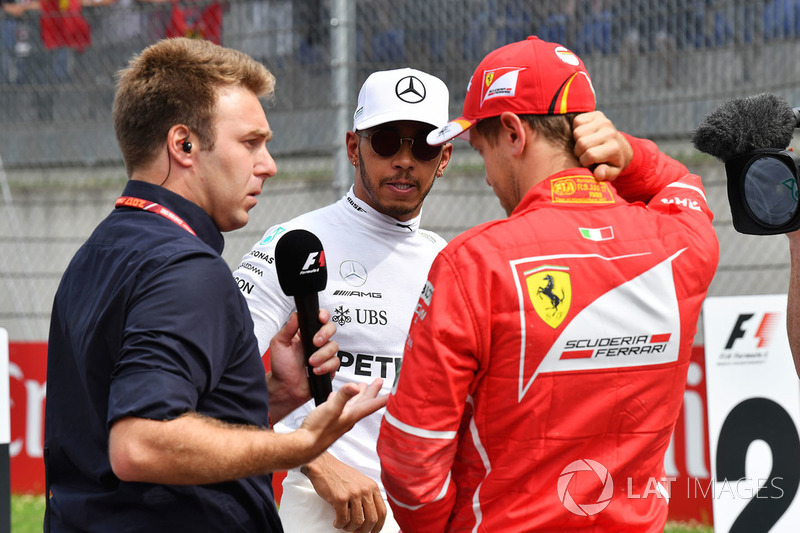 Oh dear. What (I think) was meant to be an orchestrated show of ‘no hard feelings’ between Lewis Hamilton and Sebastian Vettel after their Baku clash ended up being ‘#awkward’ for all concerned.

The world TV feed’s master of ceremonies, ex-GP2 racer Davide Valsecchi, implored of the duo after qualifying: “Please guys, I need a handshake with you both, you [Lewis] with Sebastian. Handshake. Please my friend…” To which a steadfast Hamilton replied: “We’ve already shook together, man.”

As Lewis pointed out, they’d already shaken hands as soon as they arrived on the grid together, but live TV, er, missed it. Twitter quickly went into meltdown (’twas ever thus) believing it to be a massive snub on Hamilton’s part – before ‘handshakegate’ was quickly (and thankfully) put to bed as video of the actual handshake emerged.

What a load of old nonsense, eh? 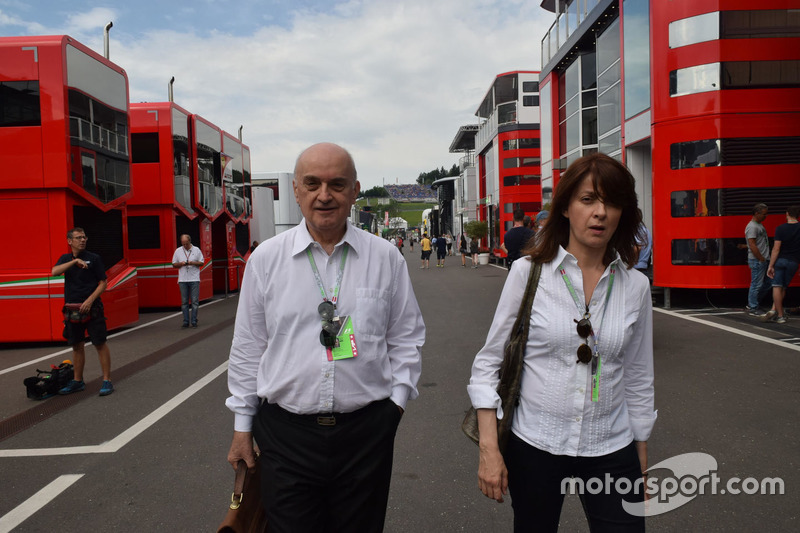 You have to give him A+ for effort: Serbian businessman Zoran Stefanovic was back in the Formula 1 paddock in Austria.

Now he plans to try again with an Italian-based squad, enlisting Enrique Scalabroni to design a contender for the 2019 season.

Again, much will depend on whether the FIA opens up the entry list, and whether his previous attempt’s complaint to the European Commission will count against him or not remains to be seen.

In fact, you can even trace Stefanovic’s ambitions to enter F1 back to 1996, and subsequently with the ashes of the failed Lola project a year later.

How did the Three Lions song go? Thirty years of hurt, never stopped him dreaming…

Story behind the photo: 'Flying Finnish' for Bottas