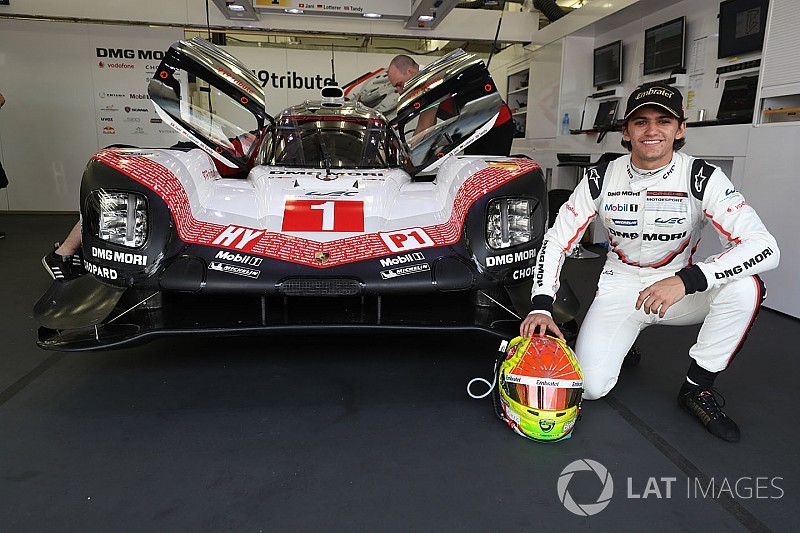 Pietro Fittipaldi says he is eyeing a future in Formula 1, and is determined to ensure a lack of Brazilian representation in the sport is kept as short as possible.

After wrapping up the Formula V8 3.5 title during the Bahrain finale weekend, Fittipaldi was handed the chance to test the Porsche 919 Hybrid LMP1 car during the FIA World Endurance Championship’s rookie test on Sunday.

The 21-year-old grandson of two-time F1 champion Emerson Fittipaldi is now considering his options for 2018, with his focus remaining on climbing the single-seater ladder despite impressing in his one-off outing with Porsche.

“Formula 2 is a possibility,” said Fittipaldi. “My eyes are also set on F1.

“At the moment I’m focussed on single-seaters. Winning the World Series [F3.5] means I qualify for a superlicence, that helps me a lot for the future as well.“

Felipe Massa’s recent announcement that he is to retire from grand prix racing after the Abu Dhabi Grand Prix means there are set to be no Brazilians on the F1 grid in 2018.

It would mark the first time since prior to Emerson’s 1970 debut that there has not been a Brazilian driver involved in the sport full-time.

Fittipaldi said he is "pushing hard" to become Massa's successor and become the next F1 driver of Brazil, one of the most successful countries in grand prix racing.

“Unfortunately there are no Brazilian drivers [set to be competing in 2018]," said Fittipaldi. "Since my grandfather started racing in the early 70s, there has always been a Brazilian.

“We’ll be pushing hard to make it there. Hopefully I’ll not only make it to F1 but bring the Brazilian flag to the podium.”

His best time of 1m42.275s came in the afternoon session, putting him around two seconds off the benchmark established in the morning by Timo Bernhard.

“The car is amazing,” said Fittipaldi of the 919 Hybrid. “A lot of people told me about this car, how the four-wheel drive and the acceleration was going to be amazing, and it definitely was.

“The first run was just to get familiarised with everything, and second and third run I was able to push the limits of the car and I really enjoyed it.“