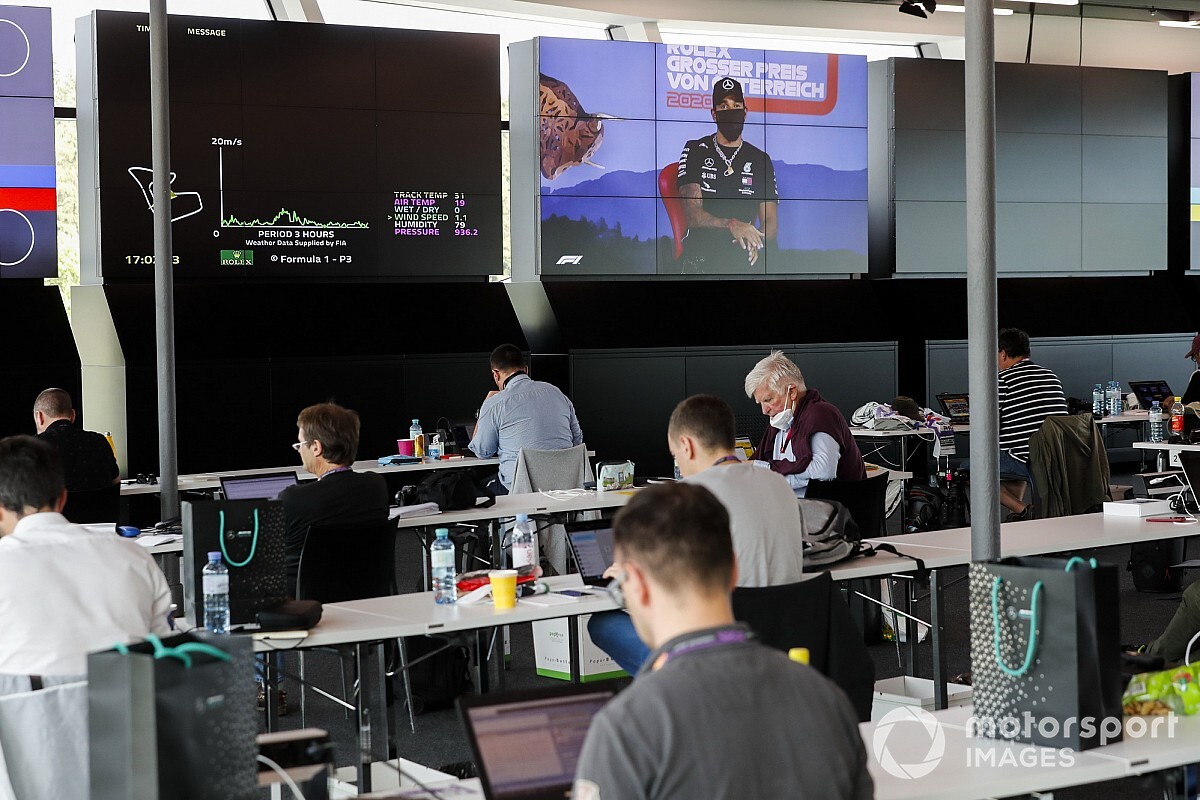 There have been a few times in recent history when Formula 1 races have taken place amid some pretty extraordinary circumstances – and events outside the track have been as much a focus as those on it.

There was the 2001 Italian Grand Prix which took place just days after 9/11.

There was the impact of the Icelandic volcano eruption in 2010.

There was Bahrain 2012, when the civil unrest that had forced the previous year’s race to be cancelled was a focal point.

Then there was Melbourne this year, which took place under the cloud of the coronavirus threat which ultimately caused it to be cancelled.

Added to that list now will be the 2020 Austrian Grand Prix, which will probably earn its place on the list as the most bizarre season opener in F1 history.

With the coronavirus pandemic having still not passed, F1’s first ever closed-door grands prix began on Thursday with drivers, team members, officials and the select group of invited media present, all getting used to the new normal.

Ahead of the weekend, the requirements were pretty strict to ensure that those present did not bring an infection into the venue.

Everyone attending the race had to pass a coronavirus swab test – with plenty of videos circulating on social media showing it to be a far from pleasant experience.

Travel to the race has also had a slightly bizarre feel, with airports and aircraft trying as hard as possible to impose social distancing and the wearing of masks – but in the end failing to control queues of people who seemed more interested in boarding first than keep away from other people.

Arriving at the Red Bull Ring on Thursday, it seemed more like a private test day than the start of a new F1 season.

While the event is effectively locked down, there was not much security outside of the venue with the first checks on car stickers taking place once you had turned into the track. Pleas for fans to stay away appeared to have worked though, with only a lone spectator stood at the entrance waving to everyone as they came in.

Leaving the car park and walking to the main entrance there was a temperature check and a mandatory request for hand washing, before a further identity check to get upstairs to the media centre.

In the lift up was the first of many notices asking for two-metre social distance to be maintained, and at regular points hand sanitizers have been placed encouraging everyone to keep the virus away. Face masks are mandatory. 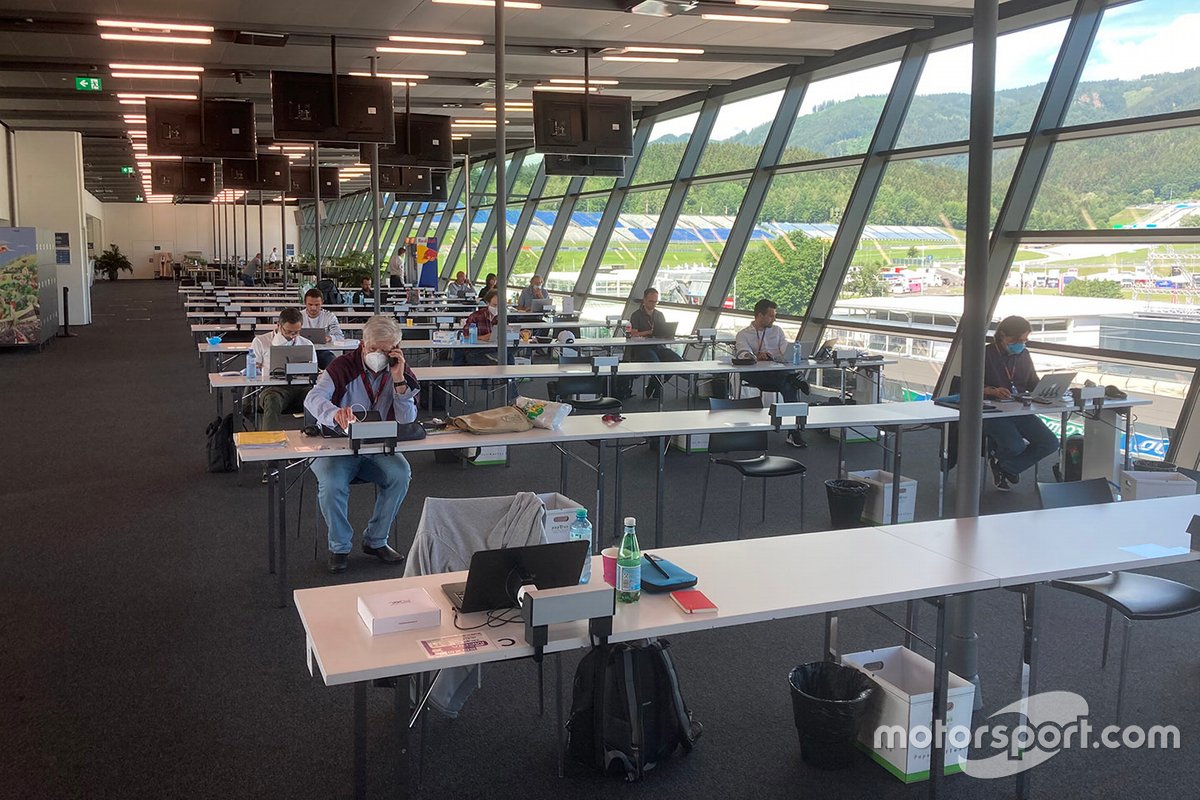 And where normally the media centre is buzzing on the first Thursday of the season, it was now incredibly quiet.

There is a one-way system in place too, to prevent journalists and staff from crossing paths, but it means a long walk around the houses if you enter it at the wrong point.

There will also be a totally different rhythm to press conferences too. Media scrums and live questions are out. Instead everything is being done remotely with drivers brought in team-by-team to a sealed room with just a cameraman and essential staff present.

Media have to pre-submit questions, and these will be asked by the press conference host. Zero risk is being taken in terms of mixing the social bubbles that exists for teams by getting journalists in the same room as drivers.

For now, journalists are also not allowed in the paddock or pitlane, so there will be no secret chats with team people for the latest gossip. WhatsApp will be the place for that...

It will be fascinating seeing how it all plays out if there is a big controversy out on track!

There will also be a lot less socialising for everyone too. Team staff won’t be mixing with any of their opposition, and even for the media there will be no lunchtime chats.

The tables laid out in the small media canteen put a strict limit on the number of people allowed to sit at each of them: It’s one!