First double podium of the year for Ferrari at Barcelona 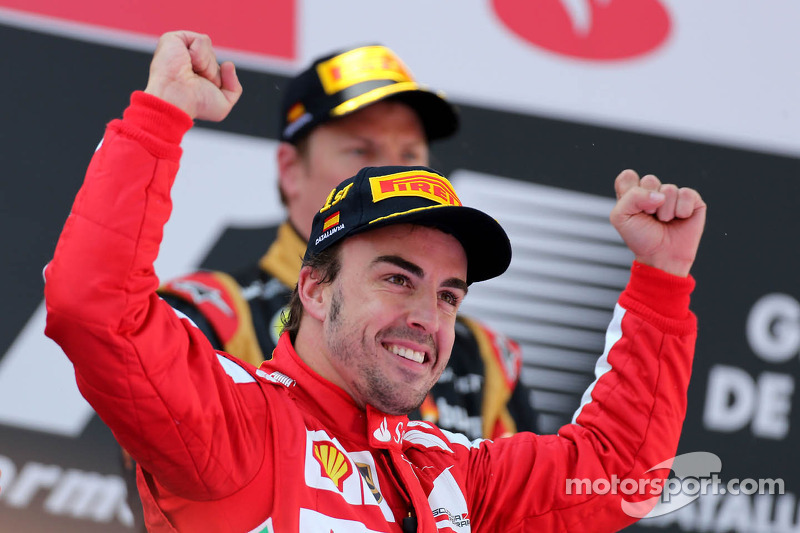 Stefano Domenicali: “I am really happy with this great team result! We did a great job, both here at the track and back in Maranello. It was a very tense race, in which the slightest little detail could make a big difference. On this front, we read the race very well, when one considers how tyre management and calling the pit stops today made the difference and I can say without being presumptuous, that the team of engineers didn’t put a foot wrong. 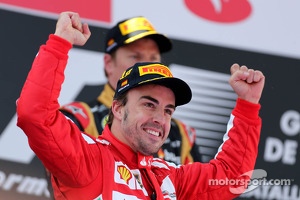 I think that is down to Pat Fry, even he wasn’t with us today on the pit-wall. These forty points taken in Barcelona are very important: Fernando yet again drove a great race, aggressive at the key moments and conservative when he had to manage his lead, making up ground on all his main rivals. I’m pleased we have closed the gap to all our closest rivals. I am also particularly happy with Felipe’s performance, because on this track, to start ninth and finish on the podium is not easy. He was in the fight right to the final moments and this result is very well deserved. After the way qualifying went yesterday, this result is the best we could have hoped for. We held our own against very strong opposition, but we know there is much to do to improve our car for Saturday afternoons, as we have said many times before, if we want to ensure we start from further up the order”.

Fernando Alonso: “Even if this is the third time I’ve won a home race, the emotion is still very strong, as if it had never happened before. It’s nice to be able to give the whole of Spain this win, especially at a time when the country is in crisis and for many people, it’s not possible to come here to bring their support. I thank everyone for that support and the team for doing a fantastic job. After a far from easy qualifying, everything went perfectly, the start, the strategy, pit stops, tyre management. At the start, I had to make up some places but after passing the halfway point on the straight, there was no more room to do so. So I switched off the KERS, so as to use it in Turn 3, where I realised, after watching the GP2 race, that it was possible to attack around the outside. We had to bring forward the final stop because of a slow puncture which meant the left rear tyre was losing pressure in the final part of the lap, but fortunately, that had no effect on the final outcome. I think that with this car we can fight for the World Championship, because in five races we have finished second once and had two wins. From now on, we must manage to produce a consistent performance and score as many points as possible because we are well aware that we are not the quickest and to change that many people are working night and day at the track and in Maranello”.

Felipe Massa: “I am very happy with this podium. It was a really nice race and a fantastic result for the whole team. When you start from far back everything’s more complicated, but I managed to get away well and I immediately had a fantastic pace. On the first lap I pulled off a few overtaking moves thanks to the car being very competitive, which meant I could be aggressive, while at the same time looking after the tyres. Right to the very end, I thought it might be possible to fight with Kimi, but when I fitted my last set of Hard tyres, the ones we thought would be best as they were new, I had oversteer and began to lose the rear much earlier than I had expected. All the same, I am very pleased with our performance at this track. Now we head for Monaco, a completely different track where overtaking is very difficult. We know we don’t have the quickest car, but all we can do is continue to work with the same amount of effort, because I’m sure we are going in the right direction”.