May 23 (GMM) There is trouble afoot at Monza, the scene of the famous and historic Italian Grand Prix. 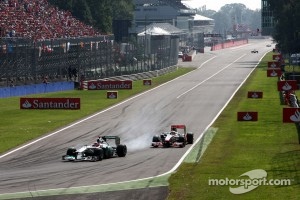 On Tuesday morning, Italy's finance police the Guardia di Finanza entered the Autodromo Nazionale to investigate seven people involved with the operation of the circuit.

According to Il Giorno and La Repubblica, the Monza prosecutor suspects tax offenses, false invoicing and other discrepancies in relation to Sias SpA, the circuit operator, between 2007 and 2012.

Among the suspected offenses is the issuing of invoices for non-existent transactions in order to show a positive balance sheet for the running of some events.

The officers raided the Sias offices and also the home of the circuit director, Enrico Ferrari, and other high ranking officials.