The FIA’s reluctance to go for red flag restarts has contributed to the lack of giant-killing opportunities for midfield Formula 1 teams this year, reckons Esteban Ocon.

In the wake of the controversial finish to last year's Abu Dhabi season finale, race director Michael Masi was moved aside and replaced by a new shared system between Niels Wittich and Eduardo Freitas.

The pair have changed race control's approach compared to Masi on a number of topics, including track limits, safety car restarts and jewellery.

One other element that appears to have come to the fore is the desire by both of them to keep races going under virtual or full safety cars, rather than opt for red flag restarts.

That was highlighted at the Italian Grand Prix when the FIA ended up seeing out the race under a safety car rather than stopping it for go for a short restart when Daniel Ricciardo's McLaren got stuck at the side of the track.

It is this change in policy that Ocon reckons has removed a core luck element that allowed midfield teams to previously pull off some surprise results.

He thinks it explains why he and teammate Fernando Alonso have been unable to repeat the podium finishes they had last year, despite having a better car now.

"Formula 1 with no red flag restart, with different FIA decisions at times, gave less opportunities to do that this year," he explained in Japan. "It's more of a standard racing that we are going on, like it was in the past. 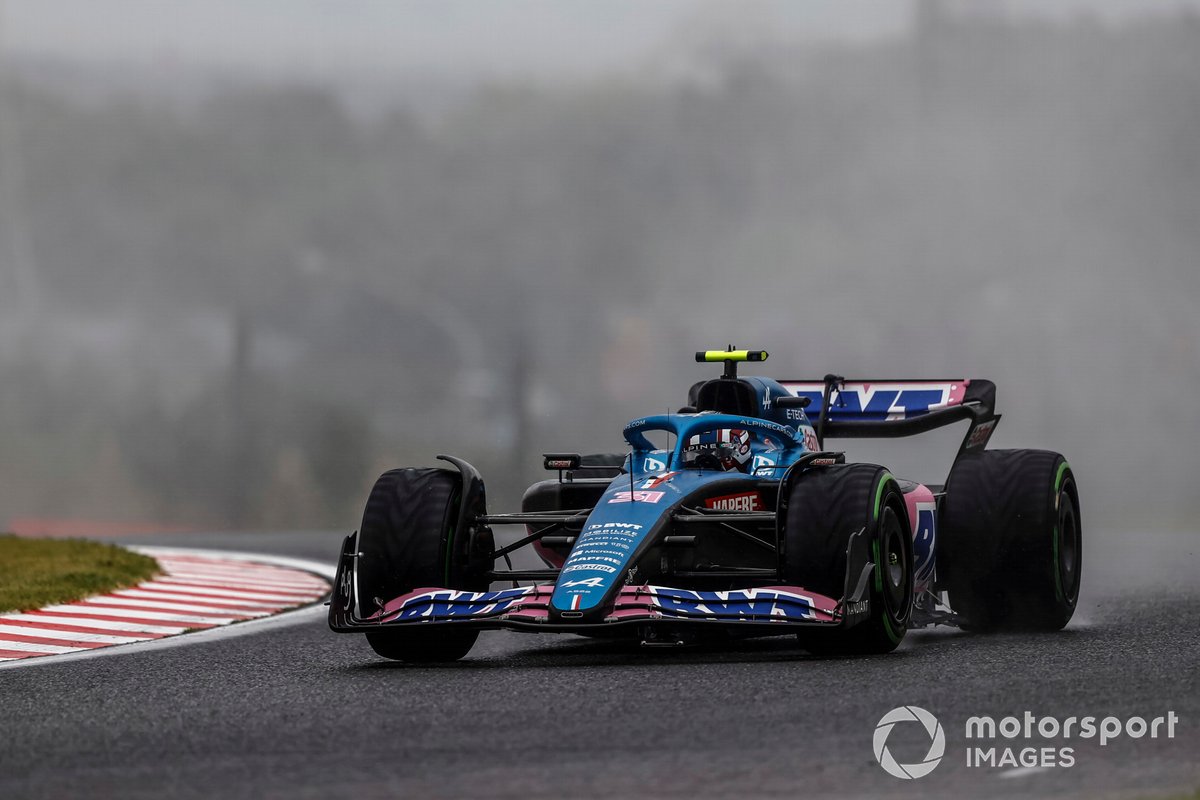 "There's no criticism there but, from what we've seen from the previous years in 2020 and 2021, the red flag brought a lot of spice to the races and brought opportunity to the midfield teams to be able to score podiums and wins.

"I think this year hasn't been the case because of that and because of more traditional races. But I definitely enjoy more this season. Because we are more capable, we are performing better. But yeah, it is true that it's a bit less rewarding for us, as we are not to the top yet."

While McLaren and Alpine both took wins and podiums in 2021, this year Lando Norris is the only driver outside of the top three teams to have finished on the rostrum, with his third place at the Emilia Romagna Grand Prix.

While Ocon is without the kind of headline-grabbing result like his win in Hungary last season, he says there is still enjoyment to be had from the kind of campaign he is having now where he has more performance from his package.

"It's better to score more points in the championship, but I mean, a win and a podium...it is difficult," he said, when asked what he prefers.

"But I think now we are happy with where we are with the car. More happy than last year. So let's stick to where we are. And it's not finished the season, so hopefully we can get the podium."

Hamilton: No plans to quit F1 "any time soon"