As the result of the extreme bouncing earlier in the season that left drivers complaining about safety implications, the FIA announced ahead of the Canadian Grand Prix that it was introducing an Aerodynamic Oscillation Metric that teams would not be allowed to exceed.

Teams had to ensure that their car was below the maximum bouncing limit over each lap, or there was a risk of them being sanctioned on safety grounds.

In a document sent to teams ahead of the Montreal race, they were warned that breaching the rules would carry the risk of cars being excluded from events.

F1’s head of single seater matters Nikolas Tombazis said in that note: “Any car whose AOM exceeds the stipulated AOM [limit] will be reported to the stewards with the recommendation that they be excluded from the results of the sprint or race."

Following some debate with teams about the implications of the metric, it finally came in to force from the Belgian Grand Prix.

By that stage of the campaign, with teams having a much better understanding of the forces that triggered much of the early season porpoising, no team has fallen foul of the metric so far.

However, there had been some concern that some of the end of season races on bumpier tracks – including Singapore and Austin – could have triggered particular headaches.

With the metric being taken as an average over a distance – initially 10 J/kg per 100km - running of the cars had shown that if cars hit bumps on the track then those impact spikes could serve to have a dramatic impact on lifting the overall average.

Running cars on especially bumpy tracks meant that teams could inadvertently exceed the AOM limit because of the surface of the circuit rather than anything to do with there being too much porpoising. 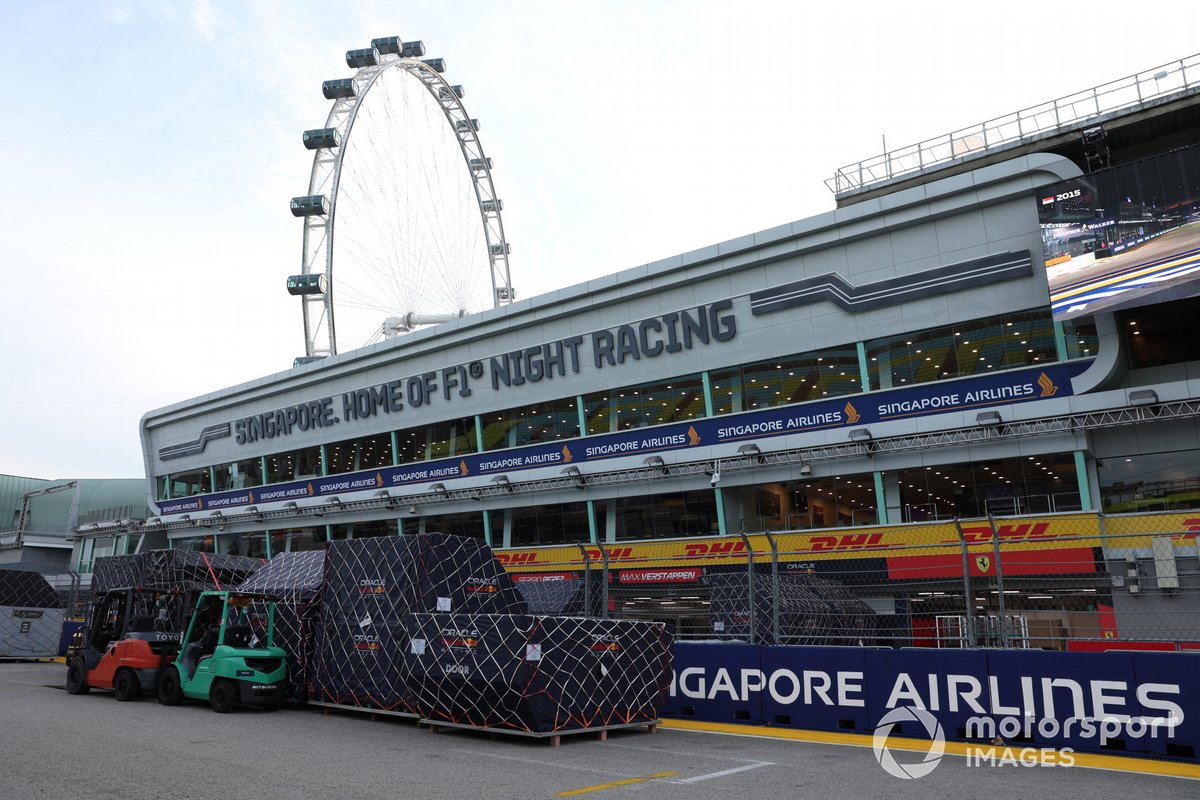 F1 returns to Singapore for the first time since 2019, with questions marks over how the new cars will handle its bumpy street circuit.

Ahead of the Singapore GP, Tombazis has written to teams to say that the FIA is tweaking the metric from now on to help alleviate the bumpy track complication.

The governing body has notified teams that to avoid excess energy spikes caused by track bumps skewing the metric, a new maximium reading limit will be put in place to not take into account such extreme impacts.

The FIA has said from now on that there will be a top limit of 7G attributed to readings – meaning any track strike above that will not be taken into account for compliance with the metric.

This change in approach should help teams avoid any risk of them inadvertently breaching the AOM limit.