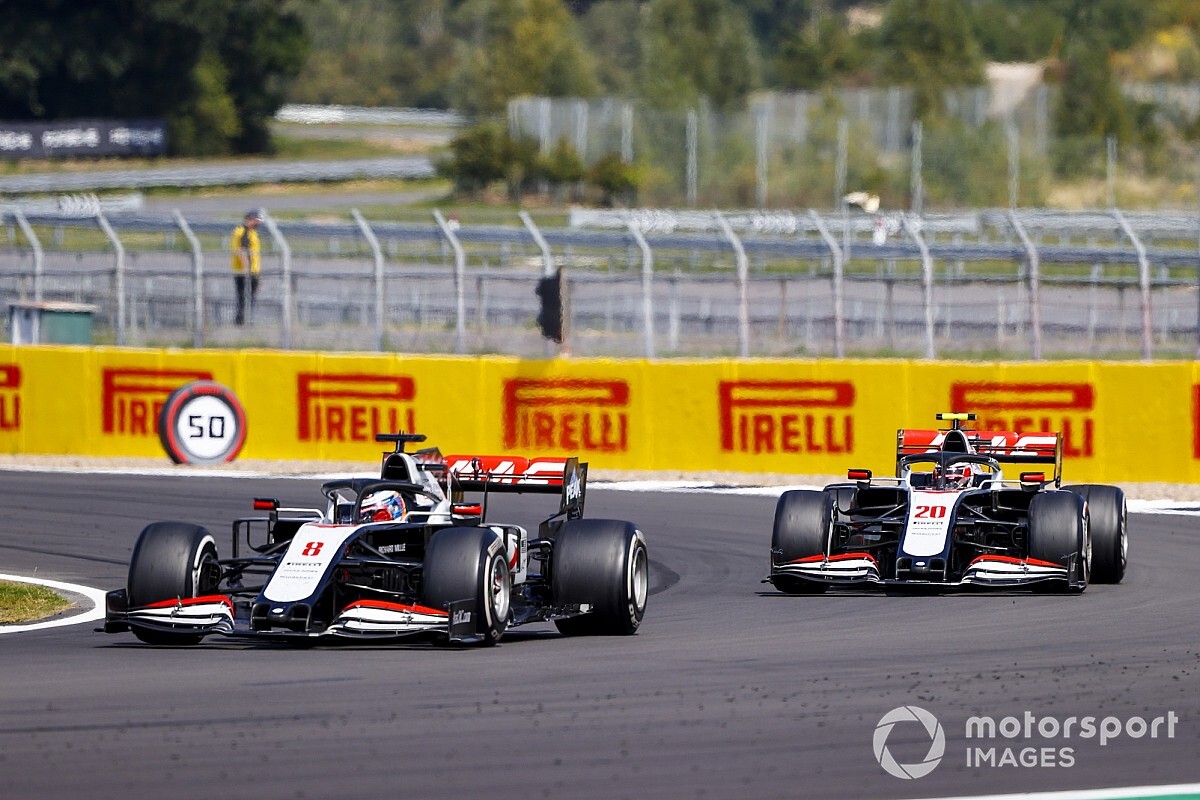 The FIA is to review the rule that limits radio communication between Formula 1 teams and drivers on the formation lap, and which led to penalties for Haas in Hungary.

The restriction dates back to a technical directive issued in 2017 which used the requirement that drivers have to drive the car "alone and unaided" to stop chatter that could improve starts, specifically regarding clutch bite points. It states that only radio messages concerning safety are allowed.

In Hungary the ruling surfaced in unusual circumstances when both Kevin Magnussen and Romain Grosjean discussed a tyre change during the formation lap, and subsequently came in at the end of it to switch to slick tyres and start from the pitlane.

After the race, both received 10-second penalties, much to the frustration of team boss Gunther Steiner, who became even more vocal after Alex Albon received a 5-second sanction for pitching Magnussen out of the British GP.

"I don't think a 10-second [penalty] was appropriate," he said at Silverstone last week. "Because we did the formation lap, but we didn't go back into the formation, we went into the pits, and penalised ourselves, and then we got an additional 10 seconds.

"While somebody can take somebody out the race and get five seconds, and he can still finish in the points. So I think there is a discrepancy between the two penalties.

"We bought this up with the FIA, the Hungary incident, I'm not bringing up the Albon incident, it's not worthwhile for me. I'm okay with that, if everybody gets the same 5-second penalty, if they run somebody off, I'm fine with it as long as it's dealt with consistently.

"But then they have to decide that maybe they risk that people take people out because the penalty is very, very low. But that's not me to do. I don't want to get more penalties, I just want to understand. We did our bit to bring it up to the people who need to know in the FIA."

FIA race director Michael Masi has revealed that the original technical directive will now be reviewed in the context of the Hungarian tyre discussion.

"We will discuss, as we do with all parts of the regulations, anything that needs to be updated, revised, renewed from time to time," he said. "The technical directive to which that relates is not different to any other regulation that may need to be considered reviewed or reviewed and the status quo stays.

"That process lets call it is already underway and we're working with all of the teams, not just individuals."

He said: "It was not a request from the teams, it was actually the FIA proactively suggesting that it is something that we collectively review, and understanding the background to it and how it came about, so it will be discussed at all levels of the decision-making process.

"If there are any changes that are deemed necessary then they will be made."