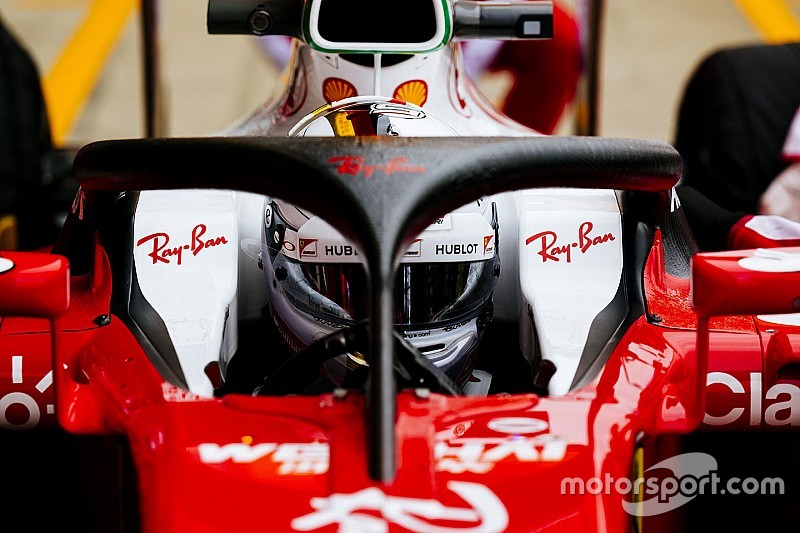 Formula 1's governing body, the FIA, remains committed to introducing cockpit head protection for 2018, despite drivers being divided on the idea of the Halo.

Following a unanimous vote by F1's Strategy Group last July to delay the introduction of the Halo by a year, the FIA has been working on approving a concept that will deflect debris away from drivers' heads in the event of an accident.

The Halo is currently the only design that has satisfied crash tests and been tested on cars, but it still needs formal approval from teams to get put into the 2018 regulations.

According to F1's governance procedures, a majority vote by teams is still required before April 30 for the Halo to come in for 2018, with unanimity required after that date.

However, an alternative scenario could play out where the teams are against the idea but the FIA introduces it on safety grounds.

Ahead of putting the Halo idea to a team vote over the next few months, the governing body wrote to F1 drivers last month to gauge their views on the matter.

The letter, which was sent to the 22 drivers who tested the Halo in 2016, asked for an opinion about whether or not they felt it was ready for race introduction in 2018.

With the FIA eager to take on board the views of the drivers, the response was not overwhelmingly supportive.

An FIA spokesman confirmed: "We have so far received responses from 16 drivers, and let's say the opinion is divided 50/50. Some are clearly against, some are clearly in favour and some are sitting on the fence."

Although the lukewarm feedback has prompted some suggestions that the Halo is now set to be abandoned, the FIA insists that efforts are still ongoing to make it work.

The FIA spokesman added: "Any team or driver that says the Halo won't happen in 2018 is wrong, although technically the Strategy Group agreed to 'Additional Frontal Protection' for 2018, and the Halo is the only suitable design at present."

Although the Red Bull idea of the Aeroscreen stalled after it failed crash tests, the FIA is continuing to analyse whether or not there are alternative solutions in place.

In fact, the Strategy Group that voted in favour of extra head protection for 2018 coming into force mandated the FIA to look into other ideas – something that is being done.

"The Strategy Group has asked the FIA to investigate other solutions which don't have the 'drawbacks' of the Halo," added the FIA spokesman.

"Forward vision, claustrophobia, egress [getting out the car] and extrication have all been cited as problematic by certain drivers. Although as we have said before. We truly believe these can be overcome to everyone's satisfaction.

"In truth we could even imagine that everyone would also like something more aesthetically pleasing."

Although the Grand Prix Drivers' Association says it welcomes the move by the FIA to properly consult drivers, its chairman Alex Wurz insists the final say on the future of cockpit head protection should rest entirely with the governing body.

"I am encouraged by the fact the FIA and F1 stakeholders are including the drivers into the decision-making process, something which has emerged in recent times as a positive," he told Motorsport.com.

"But safety matters have been and shall be the responsibility of the FIA - something which the drivers expressed to me as a unanimous opinion in an internal survey we conducted across all F1 and reserve drivers.

"We fully respect the role and the position of the FIA. After all, this very clear-cut process has worked well for decades and in the GPDA's opinion should not change.

"Rest assured, the GPDA is very happy and supportive towards the stakeholders of our sport for its future, its fans and its safety and sustainability."

Improving the ladder to F1? GP2 series set to be rebranded as Formula 2 in 2017