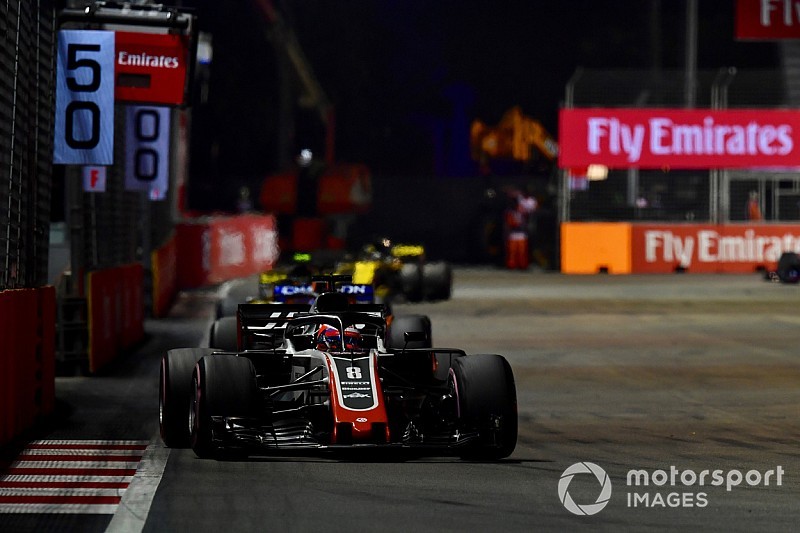 Formula 1 has no need to change its blue flag rules, says race director Charlie Whiting, despite complaints from drivers about the difficulties of passing backmarkers in the Singapore Grand Prix.

Dealing with lapped traffic proved to be one of the biggest challenges for the leaders on Sunday, with Lewis Hamilton losing time behind the battling Romain Grosjean and Sirotkin at one point.

Later on, Valtteri Bottas was left particularly frustrated that he could not get close enough to Nico Hulkenberg on fresh tyres to trigger the warning signals.

The FIA only puts out the blue flags when a driver is 1.2 seconds behind a car it wants to lap, and Bottas shouted over the radio that such a gap was too big for a track like Singapore.

But Whiting thinks the current time margin is right, and any move to increase it would just end up ruining the races of the slower cars.

Asked by Motorsport.com about the situation, he said: "This time last year it was one second, and we had discussions, and we opened it up to 1.2s.

"I don't think we should go any more than that, because then you get into a situation where a driver has to back off and lose a lot more time than he really should to let the other car through, if he's got to do it at his earliest opportunity.

"If we say, when he's 1.4 seconds or 1.6 seconds behind, you've got to move right over, back off, and lose a lot of time, we don't want that to happen because it's not fair."

Whiting said that Bottas was the only driver really struggling to get within the 1.2s margin, and says that it is the not the FIA's duty to overcome issues that faster cars may have with car handling or tyre management.

"I think it's reasonable to expect that a driver can get within 1.2 seconds," he said. "Everyone else did except Valtteri.

"I don't know why that was. Maybe his car wasn't exactly how he wanted it. I spoke to him earlier and he said he just couldn't make any headway. That's not our problem, without wishing to sound unkind.

"Everyone else was abiding by that and had to work to that, so we couldn't make an exception for him."

Despite Whiting not seeing the need for change, Bottas reckoned the matter would get discussed in the drivers' briefing at the Russian Grand Prix.

"At most of the circuits it's fine. But it is very difficult to get within 1.2s here," he said. "I'm sure at the next drivers' briefing or whatever we're going to speak about that.

"The more and more downforce with the current spec of cars, it's only going to get more difficult.

"Previously it was 1.0s, now it is 1.2s. With more downforce being added, it's going to be bigger. Hopefully next year it will be different."