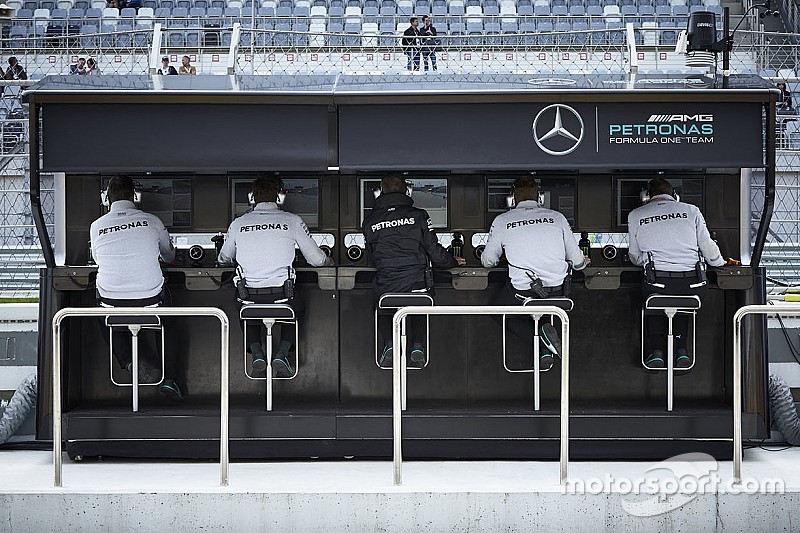 Formula 1 teams have been given revised radio communication limits for the Hungarian Grand Prix in the wake of the controversy caused at Silverstone a fortnight ago.

Nico Rosberg lost second place at the British Grand Prix when his Mercedes team was deemed to have been in breach of radio limits aimed at preventing drivers receiving assistance for performance.

However, with the stewards having ruled it okay for the team to have helped Rosberg overcome a potentially critical car failure, there was unease that other outfits had been told they could not tell their drivers about imminent brake trouble in Austria.

Furthermore, with Rosberg having been handed a 10-second time penalty, there was scope for teams to deliberately take punishments in the future if they felt there was more time to be lost not sending an illegal message.

In light of that situation, the FIA has issued fresh guidelines to teams ahead of the Hungaroring race that puts in place a solution for the Silverstone issue.

From now on, if a team warns a driver that there is a problem with the car it must include an instruction that forces the driver to come into the pits for necessary repairs.

This will automatically result in a hefty time penalty that would discourage any team using a potential safety issue for performance benefits.

The new FIA note says that a permitted message is: "Indication of a problem with the car, any message of this sort must include an irreversible instruction to enter the pits to rectify the problem or to retire the car."

With the Rosberg situation at Silverstone having revolved around setting changes, the FIA has now made it the responsibility of teams to show that any instructions to fix critical problems do not enhance the performance of the car.

A newly-worded part referencing what is allowed states: "Instructions to select driver defaults, this must be for the sole purpose of mitigating loss of function of a sensor, actuator or controller whose degradation or failure was not detected and handled by the onboard software.

"It will be the responsibility of any team giving any such instruction to satisfy the FIA technical delegate that this was the case and that any new setting chosen in this way did not enhance the performance of the car beyond that prior to the loss of function (see Article 8.2.4 of the Technical Regulations)."

Rules on information about car damage have also been tightened up, with teams now only allowed to tell drivers about broken 'bodywork' rather than other components.

Another change is that the FIA radio restrictions will now only count when the car is out of the pitlane, rather than simply out of the garage as had been in place before.

This in theory means that if drivers are coming down the pitlane with a critical problem then they can receive instructions to fix the issue without the need to go into the garage.

FIA to use electronic detection to enforce track limits