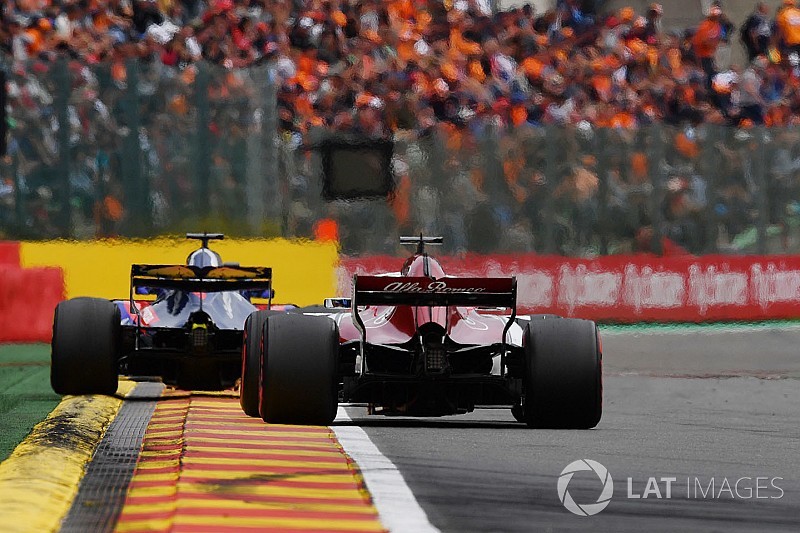 The FIA has outlined the changes it will make to DRS zones for the remainder of the season.

As part of the governing body's push to help improve overtaking, it has already modified the DRS areas at a number of tracks throughout the campaign.

Now, ahead of a decision to lengthen the second DRS zone in Italy this weekend, F1 race director Charlie Whiting has confirmed plans for the final races with changes being made at four other tracks.

In Russia, the main DRS zone which runs down the start-finish straight and around Turn 1 will be extended.

In Austin, the DRS on the backstraight between Turns 11 and 12 will be lengthened.

The DRS zone in Brazil after Turn 14 will be lengthened by 100 metres, while both DRS zones in Abu Dhabi will be extended.

Although the ease of overtaking moves in Belgium led to questions about whether the DRS zone was too long, F1 race director Charlie Whiting did not sense that there was a problem.

"Spa is different, isn't it?" he said. "You saw in a lot of cases there, Sebastian [Vettel] got past Lewis [Hamilton] without DRS and that's simply because you get a better run through Eau Rouge. We always see it here don't we? It'll be different on other circuits."

Why Force India’s rescue deal is still under fire