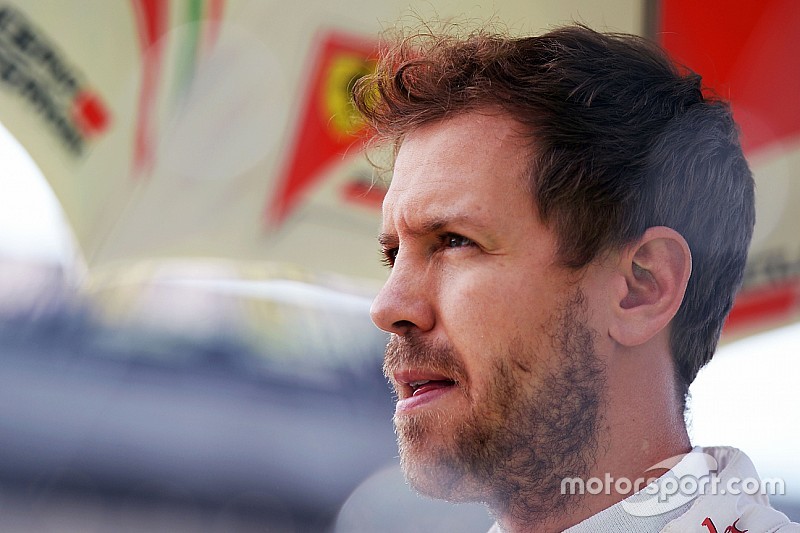 The FIA has rejected Ferrari’s call to review Sebastian Vettel’s penalty for moving under braking at the Mexican Grand Prix.

Ferrari claimed that GPS data it submitted to the governing body was a new element and justified a fresh investigation into the incident between Vettel and Daniel Ricciardo in the closing stages in Mexico City.

Had Ferrari’s claims been successful and the stewards’ decision overturned, then there was a chance for Vettel to regain the third position that he lost.

However, following a teleconference call on Friday between the stewards who were present in Mexico, it was determined that Ferrari’s GPS data was nothing new.

In a statement issued by the FIA, it said: “Scuderia Ferrari argued in its written submission that the “new element”, in accordance with Article 14.1, existed. In its verbal submissions it also argued that there were two “new elements”.

“Specifically the Scuderia argued that the Race Director, pursuant to Article 27.4 of the FIA Formula One Sporting Regulations, had the “power” to instruct the driver of Car 33 Max Verstappen, to give back the alleged advantage he had gained when leaving the track on a previous lap to that of the incident involving Car 5 and Car 3 driven by Daniel Ricciardo.

“Scuderia Ferrari also argued that the GPS data it presented was a “new element”. The Stewards heard extensive verbal submission and argument for all parties.

“When asked if the GPS data in any way contradicted the telemetry and other evidence that the Stewards concluded showed that the driver of Car 5 had steered whilst under braking at Turn 4, Mr Clear conceded that it did not.

“Article 14.2 of the International Sporting Code gives the Stewards the sole discretion to determine if a new element exists. Having received all the written and verbal submissions and carefully considered them, the Stewards decide there is no new element.”

Ferrari has the right to appeal the matter.

Ecclestone says Brazilian and German GPs under threat for 2017