Formula 1 race director Michael Masi plans talks with drivers after what he says was a "marginal" call in the United States Grand Prix on Kimi Raikkonen's Fernando Alonso pass.

Alonso was left annoyed in the Austin race over the way that he felt Raikkonen had gained a position on him despite having overtaken him when running wide across the kerbs at the exit of Turn 1.

After Raikkonen passed the Alpine driver, Alonso called on the Finn to hand the place back, but race control decided that no action needed be taken and let Raikkonen keep the position.

A few laps later, Alonso went off track while passing Raikkonen's Alfa Romeo teammate Antonio Giovinazzi, and this time the Alpine driver was told to hand the place back.

Later in the same fraught battle, Giovinazzi was told to hand the place back after going off the road while passing Alonso.

After the race Alonso questioned the "strange" decision to let Raikkonen stay ahead while the other moves he was involved in had to be reversed.

Speaking about the incident, Masi explained that the circumstances of the incident were not clear cut and reckoned it was something that needed bringing up with drivers at the Mexican Grand Prix.

"I can understand his frustration," said Masi. "The call in regards to him and Kimi at Turn 1 was certainly marginal.

"We certainly will have a discussion at the next drivers' meeting with all of the drivers about it, because I think there was two parts to the story, let's call it.

Masi noted that Raikkonen escaped because it could be argued that Alonso had pushed him wide in the first place.

"You hit the nail on the head, that's why it was a marginal call. There were obviously the two elements of it that were looked at, and it was determined on that basis that marginally it made the decision: 'let's just leave it as it is'. But certainly it will no doubt be discussed at the next drivers' meeting." 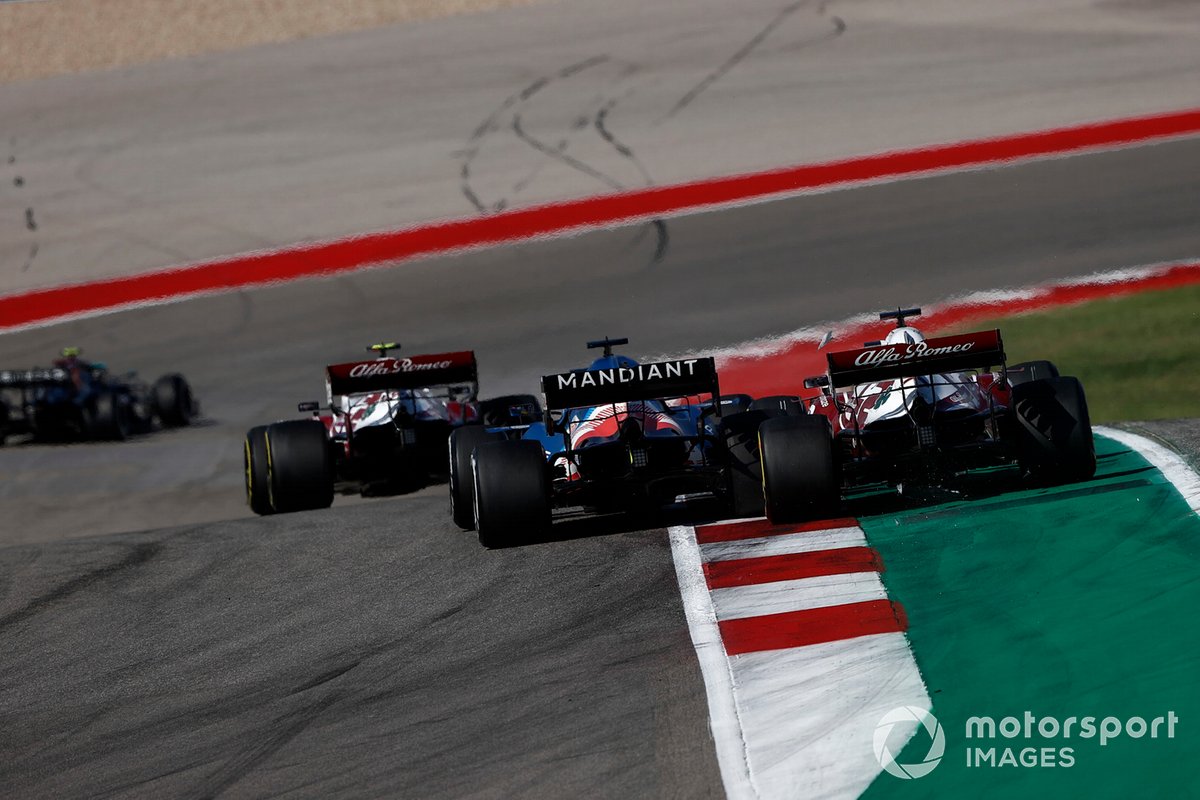 Masi stressed that despite Alonso's suggestion that a quick call had to be made on the incident, it was necessary to study it properly.

Asked if he thought Alonso was trying to prove a point with his subsequent move on Giovinazzi Masi said: "No, not at all. I didn't hear Fernando's radio at all, but obviously he went off and my suggestion went to the team that they give the position back, which happened.

"And then the same thing happened a couple of laps later with Antonio and Fernando, and the instruction went to Alfa Romeo for that position to be given back."

Masi acknowledged that Alonso's name has featured several times of late in the context of FIA decisions.