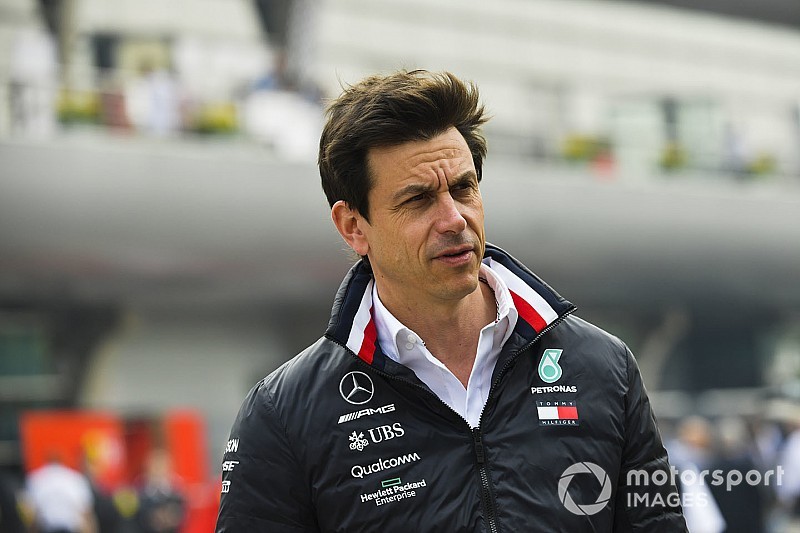 On Friday the Montreal stewards reconvened in Paul Ricard and looked at the evidence that Ferrari had provided in its attempt to reopen the case, under the provisions of the International Sporting Code.

The stewards looked at what the Italian team had submitted and decided that there was "no significant and relevant new elements," and therefore the request to review was rejected.

Wolff says that had the review been allowed it would have encouraged teams to challenge similar decisions on driving offences in the future.

"I think the incident itself created polarised views," said Wolff. "And like many things these days you need respect that there are different opinions.

"And even if you look at it from an unbiased standpoint, there were neutral people with completely opposite views on the incident. Look at Brexit!

"And I respect Ferrari and their decisions. I feel, and I'm not saying this because we benefited from the incident, but I feel that it's very important for the sport to support the stewards and give them authority.

"We need a robust rule making exercise, and we need robust and consistent decision making on the track.

"And these guys are in a very difficult situation, because they need to make decisions that are sometimes not trivial, and I think that process we must support. And there was the risk to open up Pandora's box, if reviewing in-race penalties would become the norm."

Wolff says the rules should be reviewed to allow drivers to race harder.

"The racer in me says I wish we had hard racing that may sometimes end up in a collision. There are examples in racing for me today like Formula E that go too far.

"But on the other side these regulations have been put in place because accidents happened, and I think the FIA and us as teams and the drivers we need to also consider the possible consequences of the hard racing that may harm individuals.

"So I think we should look at the rule book and say can it be simplified? Are we prepared to loosen some of the regulations that prevent harder racing, and how far should that go? So let's look at it for 2021 – maybe we can make it a little bit better."

The French GP as it happened