FIA not ruling out penalties after secret test 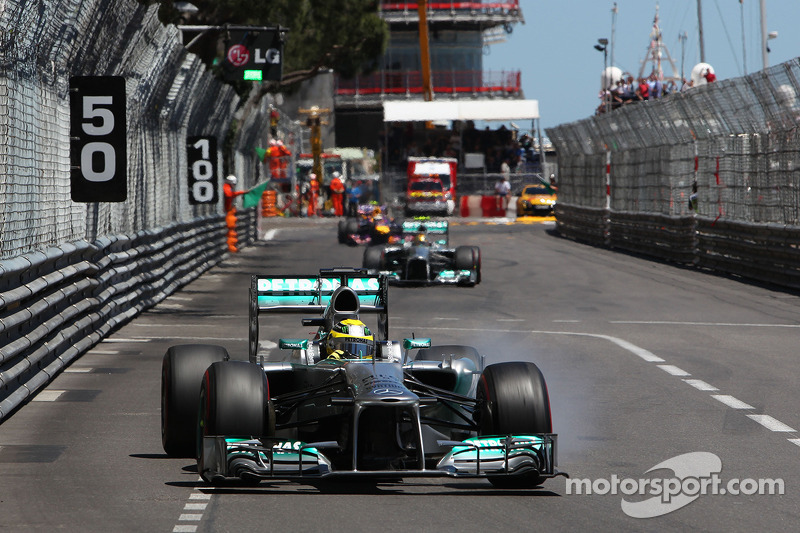 The question remains: Did Mercedes unfairly benefit from the exclusive test?

May 27 (GMM) The FIA is not ruling out penalties, after stewards on Sunday investigated Mercedes' secret Barcelona tyre test.

Before the Monaco Grand Prix, Red Bull and Ferrari filed an official protest, arguing the three-day test with a 2013-spec car was a breach of the sporting rules.

Having conducted an investigation after Sunday's race, the FIA confirmed it knew Pirelli wanted to do the test, but only gave a conditional green light in the event "every team is offered the opportunity" to also test.

"The FIA received no confirmation that all teams had been given an opportunity to take part in this test," the FIA statement added.

F1's governing body is not ruling out the intervention now of the International Tribunal, which could "inflict penalties".

Mercedes' Niki Lauda, however, told Brazil's O Estado de S.Paulo that the FIA "sent a delegate" to the test, and that Charlie Whiting and Bernie Ecclestone knew about it as well.

A Pirelli spokesman said Ferrari was invited to test and turned down the offer, while Dr Helmut Marko said a Red Bull engineer had also been "informally" asked.

It is rumoured that Red Bull and Ferrari both said no because they believed the test would have to be done with a two-year old car.

Indeed, between Bahrain and China, a Pirelli tyre test took place with a 2010 Ferrari.

But "Every team would like an exclusive test with a current car," Red Bull team boss Christian Horner said on Sunday.

"There was only ten days between the request and the test," he said, "which is not enough time to produce any development parts."

And Mercedes chairman Niki Lauda insisted: "When we were asked to do this, our team boss Ross Brawn called Charlie Whiting and asked if a test is compatible with the sporting regulations.

"Charlie consulted with the FIA lawyers and gave us the green light.

Christian Horner confirmed that Red Bull was asked by Pirelli. "We declined," he said, "because we are of the opinion that such a test violates the regulations."

Wolff, however, is livid, particularly as the storm coincided with Nico Rosberg's convincing victory in Monaco.

"The term 'sore losers' comes to mind," he is quoted by Speed Week.

But the question remains: did Mercedes unfairly benefit from the exclusive test?

"Impossible to say," quadruple world champion Alain Prost told France's RMC Sport, "but I don't think we can say this win was because of the test. That wouldn't be fair.

"What is certain is that unauthorised things are not allowed. Time will tell," the great Frenchman added.

Massa to recover in time for Canada

What was behind Mercedes and Pirelli secret F1 tyre test?

When Mercedes "screwed up" Hamilton's race in Monaco