The FIA has explained why Sergio Perez was allowed to keep his third place position in Formula 1’s French Grand Prix despite appearing to have run wide after his late race overtaking move on Valtteri Bottas.

Perez was fighting with Bottas in the closing stages of the race at Paul Ricard, and drafted past his Mercedes rival on the run out of the chicane on the back straight on lap 49.

However, as he and Bottas ran through the high-speed Signes right hander, Perez went off track and across the white line on the exit.

The stewards did investigate the incident in the closing stages, but decided that in the end Perez had not breached the rules.

In a note explaining their decision, the stewards said that Perez had completed the move before running wide, plus he had also lost time shortly afterwards so he had not gained a lasting advantage.

Their note said: “The Stewards determined that Perez had fully completed the pass on Bottas by the time he left the track at Turn 10. This made the fact that he left the track subsequently as a standard “track limits” question.

“The Stewards determined that Perez lost sufficient ground in the following turn that he could not be deemed to have ‘gained a lasting advantage’.”

The Mexican praised the team’s decision to run a very long first stint to give him fresher tyres for the closing stages, even if things had been tricky at the start of the race.

“For the first five to 10 laps, the car was pretty much undriveable with the wind,” said Perez. “We obviously ran less downforce today so it was pretty hard to keep up.

“But then, probably as the wind was getting calmer and the track was getting better. I started to pick up more rhythm, and we managed to go quite long, on the first stint.

“I think that really paid off towards the end. I think the degradation was quite a lot higher than expected today. So yeah, I think we did a great race, and a great strategy from the team.

"I'm happy that we won the race today and good points for the team.” 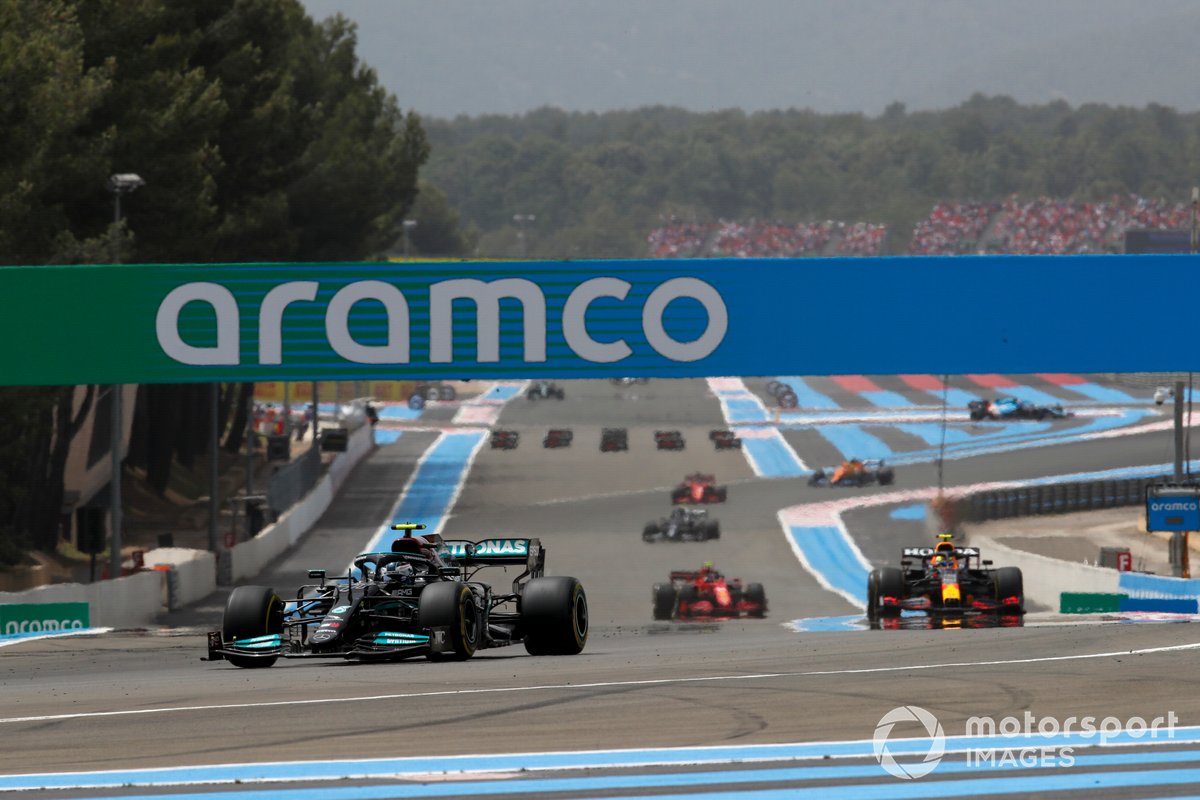