The FIA has explained why it didn't restart the Formula 1 Italian Grand Prix, which ended under safety car conditions on Sunday to secure victory for Max Verstappen.

By:
James Newbold
Co-author:
Filip Cleeren
Listen to this article

Red Bull driver Verstappen had been leading the race after Ferrari polesitter Charles Leclerc made a second pitstop to change back onto a set of soft tyres.

He had been closing slowly on Verstappen, who was running a one-stop strategy on medium tyres, when Daniel Ricciardo stopped his McLaren between the two Lesmo corners with his car stuck in gear.

The car could not be moved back behind the barriers and required a crane to lift it from the roadside.

While the leaders pitted for fresh tyres in anticipation of a restart, the race remained under safety car conditions to the end, prompting frustration both from runner-up Leclerc and Verstappen's team boss Christian Horner.

The FIA has now responded to explain why the race ended under caution, stating that the severity of the incident was not great enough to warrant a red flag. 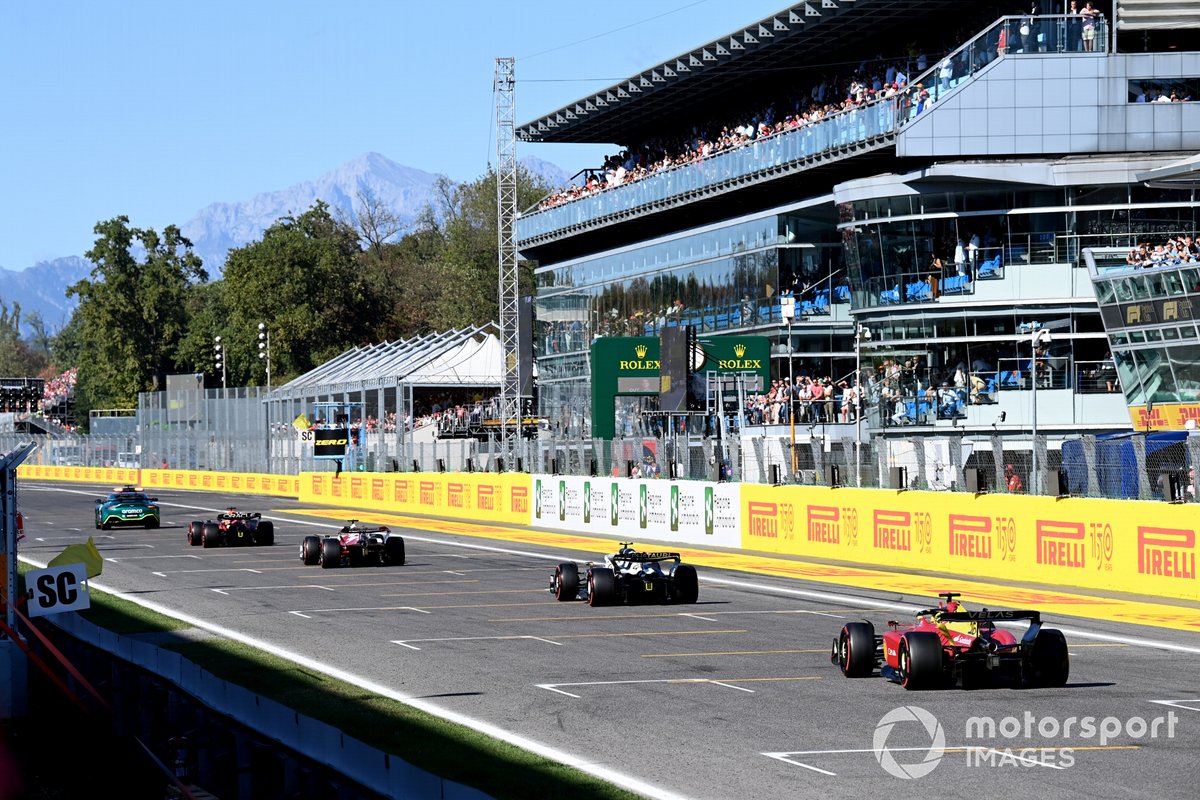 An FIA spokesperson said: "While every effort was made to recover Car #3 quickly and resume racing, the situation developed and marshals were unable to put the car into neutral and push it into the escape road.

"As the safety of the recovery operation is our only priority, and the incident was not significant enough to require a red flag, the race ended under safety car following the procedures agreed between the FIA and all Competitors.

"The timing of the safety car period within a race has no bearing on this procedure."

Leclerc conceded that the safety car interruption had not unduly altered the outcome of his race.

"I wish we could have ended up racing, but unfortunately we were second at that place, because of what happened before," he said.

Asked by Motorsport.com to explain what had happened, Ricciardo said he had no warning that the car was about to shut down, explaining that there was "nothing I could do".

"It just switched off," he said. "I didn't feel any warning signs, I was in Lesmo 1 and then just nothing. And because then it was off, I was in gear.

"So I tried to pull over to the inside, off the racing line obviously to a safe area as soon as possible, but I couldn't see anywhere where I could pull in so I just had to stop on the grass and that was it.

"I tried to get out of the car as quick as possible and do what I could, but obviously I heard at the end that the race ended like that under safety car. So a shame for the race but nothing I could do."

The earlier Formula 3 feature race was red-flagged for a crash involving Kush Maini and Brad Benavides on the exit of the second Lesmo, with the former's MP Motorsport car spinning across the bows of his Carlin rival.

This ultimately determined the championship in favour of ART driver Victor Martins, who only lost one place to a five-second penalty for a track limits infringement and thus was classified fourth.