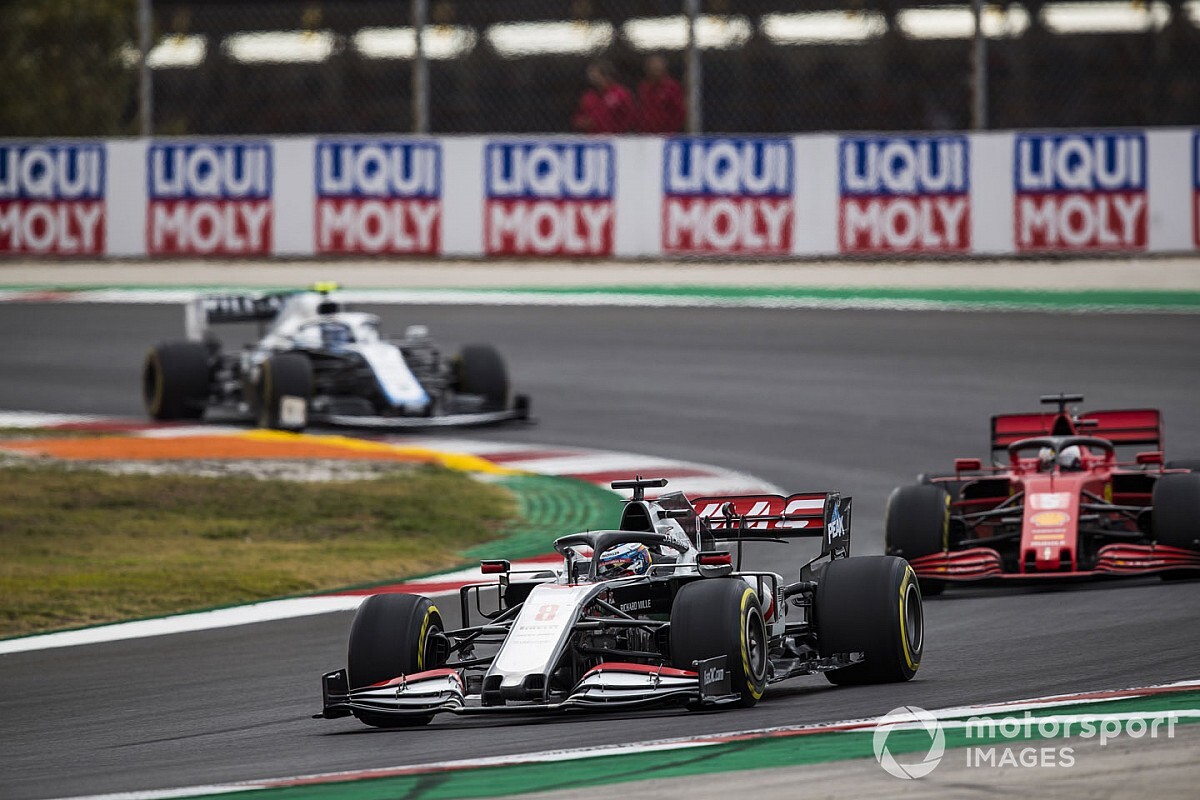 Formula 1 race director Michael Masi insists that the stewards have not ignored a request from drivers for a review of the penalty points system.

Points hit the headlines in Russia when Lewis Hamilton gained two for his pre-race practice starts offences, temporarily putting him on 10 for the past year.

However, in an unusual development the stewards took them away after the race having accepted that the Mercedes team had contributed to Hamilton's decision to start where he did.

The affair triggered a debate about penalty points with drivers agreeing that they should only be given for safety matters.

In the Portuguese GP Lance Stroll, Daniil Kvyat and Romain Grosjean each earned a penalty point in addition to a time penalty for logging more than three track limits offences in the race.

Masi says that it's not possible to change the system within a racing season and such a move would represent "bad governance".

However, he stressed that a review will take place over the winter, leading to possible changes in how the points are awarded next year.

The stewards operate from a "menu" of points allocations that are automatically triggered when drivers are found guilty of certain offences.

They have significance because a driver who gains 12 in a calendar year will be subject to a one-race ban.

Masi insisted that the Portimao track limits points were not a sign that the stewards have ignored the pleas to focus on safety issues.

"No, I don't think that is fair to say firstly," he said.

"Secondly, and this has been discussed with all of the drivers involved, is that at the start of each year the FIA and all of the team sporting directors actually sit down and review the penalty table, and the penalty guidelines that the stewards actually use, and generally come to a consensus on the penalties and the associated penalty points.

"And they get reviewed annually for their relevance overall. So from a team perspective, it's not a surprise, where penalty points are and aren't allocated. And we have discussed at drivers' meetings and said we will do the same review again for 2021.

"However, it's not something that we would change mid-year through the middle of a championship. No change, and the drivers have all been told there would be no change for the year, it would be bad governance."

Masi added that the FIA is continuing to work on the controversial subject of track limits.

"So is the solution that we have here and now ideal with timing loops? It's probably not ideal, but it's the best in the circumstances that we have. It seems to be doing the job quite well.

"And from a team perspective, you would certainly know the manner in which it has been applied is consistent to each and every car. And we have always said, we will only do it in such a manner, that it can be consistent and repeatable with every car going through.

"So it's an ongoing review of technology, physical solutions, whatever it may be. And it's not necessarily over the European winter that will be looked at. It's something that's already been looked at and is continually being looked at."

Russell exit would show how "cruel" F1 can be - Ocon