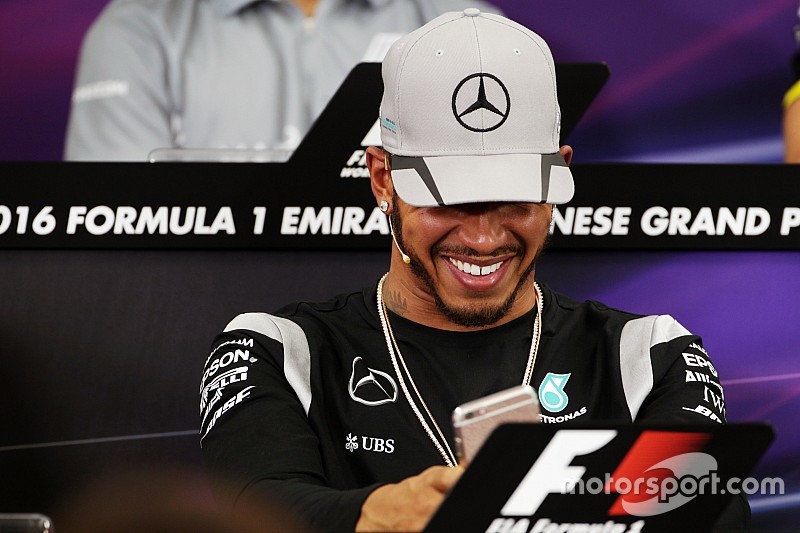 Lewis Hamilton has been called by the FIA to take part in the official Thursday press conference at the United States Grand Prix, just a fortnight on from his controversial appearance in Japan.

Hamilton faced criticism from some sections of the media after playing with Snapchat on his phone during the official press conference at Suzuka.

Having put bunny ears on himself and a deer face on Carlos Sainz, Hamilton said that he was forced to mess around because he was so bored of the format of the event.

"Hey man, we've been doing this a long, long time and it's the same each time so got to keep adding new things to it," he said.

By Saturday, Hamilton's mood had changed and the world champion was so upset at what he felt was ‘disrespectful' coverage over what he had done that he later refused to speak to the media at a Mercedes briefing following qualifying.

Despite the controversy, the FIA has requested that Hamilton appear against at the Thursday conference which is scheduled to take pace at 11am at the Austin circuit.

F1's sporting regulations stipulate that drivers must appear if they are requested, or they can risk a sanction from the FIA.

Commentary: Will we see more strategy mistakes in US Grand Prix at Austin?

Hamilton to appear in next Call of Duty game