The FIA has agreed to a request from Pirelli to run a slightly modified tyre at the Spanish, French and British Formula 1 races, which take place on newly resurfaced tracks. 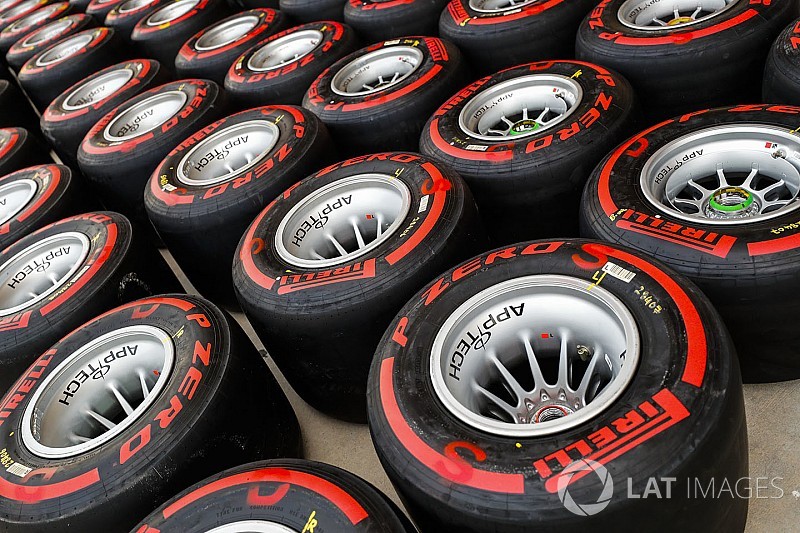 For those events, Pirelli will use tyres with a slightly thinner tread in an effort to combat potential overheating issues, in the light of information learned in Barcelona testing.

The tread for the three races will be 0.4mm thinner, but Pirelli is confident that it won’t impact performance.

There is also a weight reduction of around 1kg per set, which teams will have to take into account when they ballast their cars.

“We made a request to the FIA to have a slightly different tread thickness for three races,” said Pirelli F1 boss Mario Isola. “That’s Barcelona, Silverstone and Paul Ricard.

"The reason for this request is that in general the new tarmac has a lot of grip, low wear, and low degradation.

“With a lot of grip, the lap time is improving a lot. We saw the lap times in Barcelona during the pre-season test was three seconds quicker than last year.

"But the point is that we keep a lot of rubber on the tyre, because with low wear, the tread is there, we are not wearing the tyre. And this means we have high temperatures in the compound.

Such changes for specific events are unusual, but not unprecedented. Pirelli requested a thinner tread for Spa and Monza in both 2011 and 2012.

The Force India 2019 tyre test provisionally scheduled in Shanghai immediately after the Chinese Grand Prix has been cancelled for logistical reasons.

Force India has been allocated an extra day of tyre testing at the post-race session in Barcelona in May, where it will now run two cars – one for standard 2018 running, and one for 2019 development.

Why Ferrari isn't the team Mercedes should fear in Bahrain