Ferrari would welcome Schumacher to FDA "with red carpet" 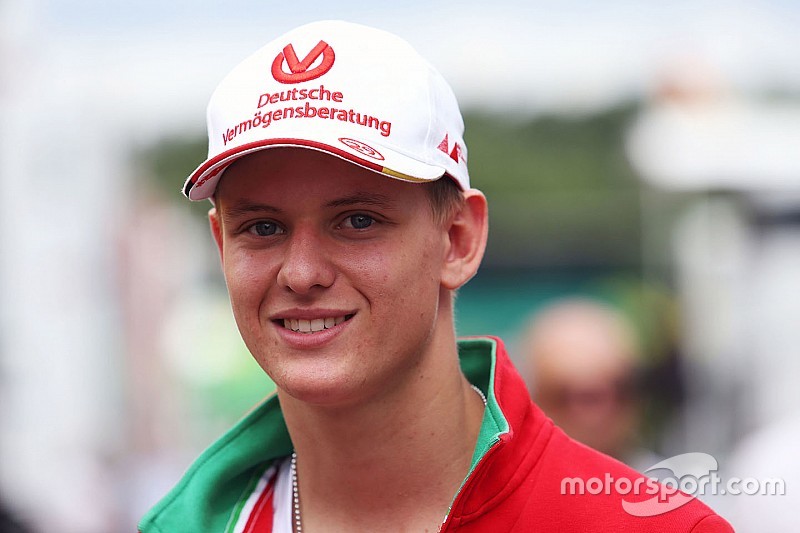 Ferrari says it would welcome Mick Schumacher to its young driver academy with a 'red carpet', after admitting it has been impressed with the youngster's progress.

Schumacher, the son of seven-time world champion Michael, is stepping up to the European Formula 3 Championship this season with Prema.

Mercedes has already been linked with a potential move to sign up the 17-year-old to its young driver programme, and now Ferrari has said it too would like to have him as part of its Ferrari Driver Academy (FDA).

"And this year we will have the opportunity to stay very close to Mick, because he will be teammate of our FDA driver (Guan Yu) Zhou in the Prema team.

"About his future, I don't know what Mick will decide to do. But if he would like to enter the FDA programme, he will find a red carpet."

Rivola added that it was not just Schumacher's form on track that impressed him, but also the way he handled himself outside of a car too.

"Mick seems very polite and he's not full of himself - so congratulations to his parents. They did a very good job with him.

"He's very young, and he must manage a very huge media pressure. But he is doing it very well."

Rivola has also heaped praise on Ferrari third driver Antonio Giovinazzi, who was signed up after an impressive rookie campaign in GP2 where he won five races and finished runner-up to Pierre Gasly.

"He's very strong," explained Rivola. "I wanted him in the Academy already at the beginning of 2016, so I'm very happy that he's now Ferrari's third driver. He deserves this chance.

"For me, he is a great talent and his attitude is impressive. It is true that Antonio is 23, but I don't think it is correct that F1's door is open only to 18-year-old drivers.

"Every driver has a personal story, and that is what F1 must look at."

McLaren would be "disappointed" with fourth in 2017 F1 season