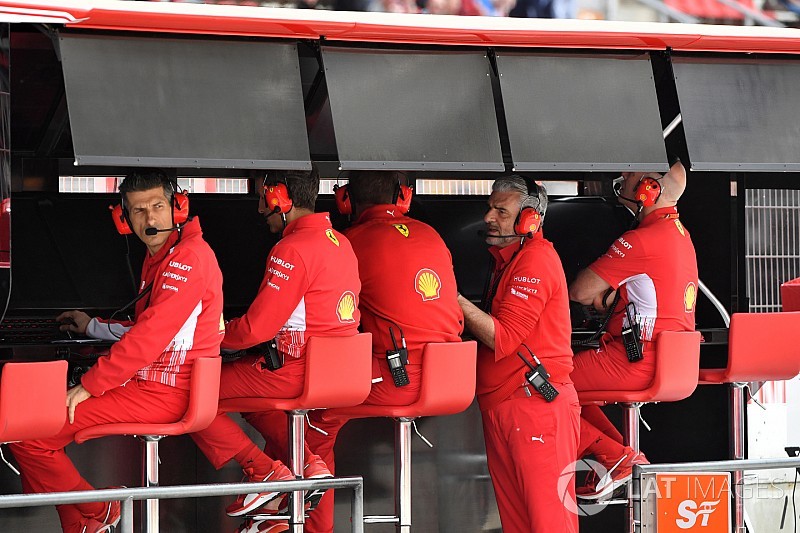 Ferrari will not replace its outgoing Formula 1 design chief Simone Resta directly and will instead share his responsibilities between technical personnel.

Resta is due to leave Ferrari at the end of this month to become technical director at Sauber after 17 years at the Italian team.

While Resta's official Ferrari title was head of vehicle project coordination, he has acted as chief designer since the end of 2014.

Ferrari’s intention is to divide the responsibilities that came with that role between a pool of engineers, rather than bolster technical director Mattia Binotto’s team by poaching someone from a rival team.

While moves like this will also help Ferrari in the long-term as F1 considers introducing a cost cap and staffing limits, it is mainly a continuation of Binotto's philosophy of giving existing talent within the team more experience.

Resta's responsibilities will be taken on by his current deputy Fabio Montecchi as well as chief aerodynamicist David Sanchez and Enrico Cardile, a Ferrari GT aero specialist who moved into the F1 team in 2016.

The transfer of Resta to Sauber is the latest step in the expansion of the Swiss team’s relationship with Ferrari.

While Sauber team principal Frederic Vassuer has been keen to avoid comparison’s to Haas, which pays to use Ferrari parts, he has admitted a desire to have a closer working relationship with the Scuderia than just being an engine customer.

As reported by Motorsport.com earlier this year, Vasseur always intended to increase the significance of Sauber’s partnership with Alfa Romeo.

Allowing Resta to leave Ferrari is seen as part of FIAT chairman Sergio Marchionne’s promise that its interest in Sauber, through Alfa, would not just be a commercial deal.

Why Verstappen is not a team leader