Gary Anderson: Ferrari and Vettel are letting Mercedes off the hook 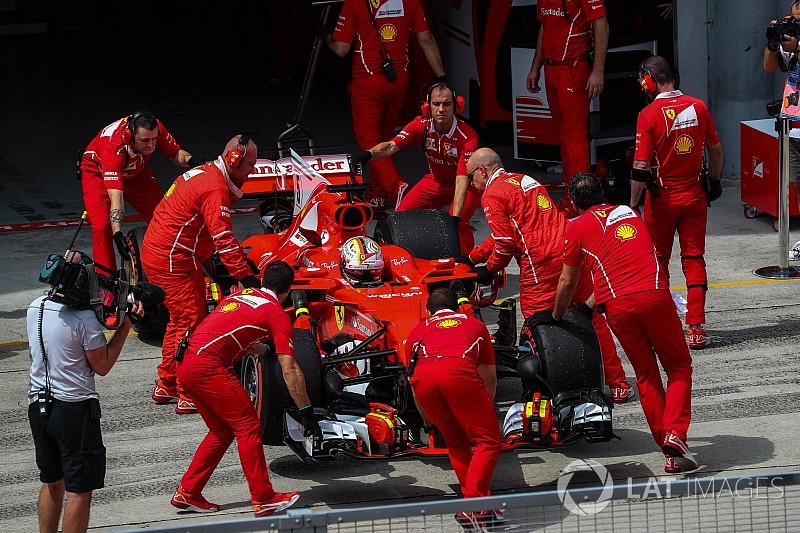 Sebastian Vettel and Ferrari should have won the last two grands prix, which would've turned the title battle around. They only have themselves to blame for failing to do so and handing Mercedes two huge gifts…

Malaysia was an own goal for Ferrari, and the second in two weeks. It was similar to Singapore, in that Ferrari had the car – or even the cars – to win the race, but tripped over itself. This time it was power unit problems rather than a crash at the start.

Sebastian Vettel's issue at the end of practice three forced a change of V6 engine and MGU-H, and after that rush he hit a turbo problem in Q1 and started last. Ferrari's best hope of victory was then Kimi Raikkonen, but he was struck by a suspected turbo problem on the formation lap.