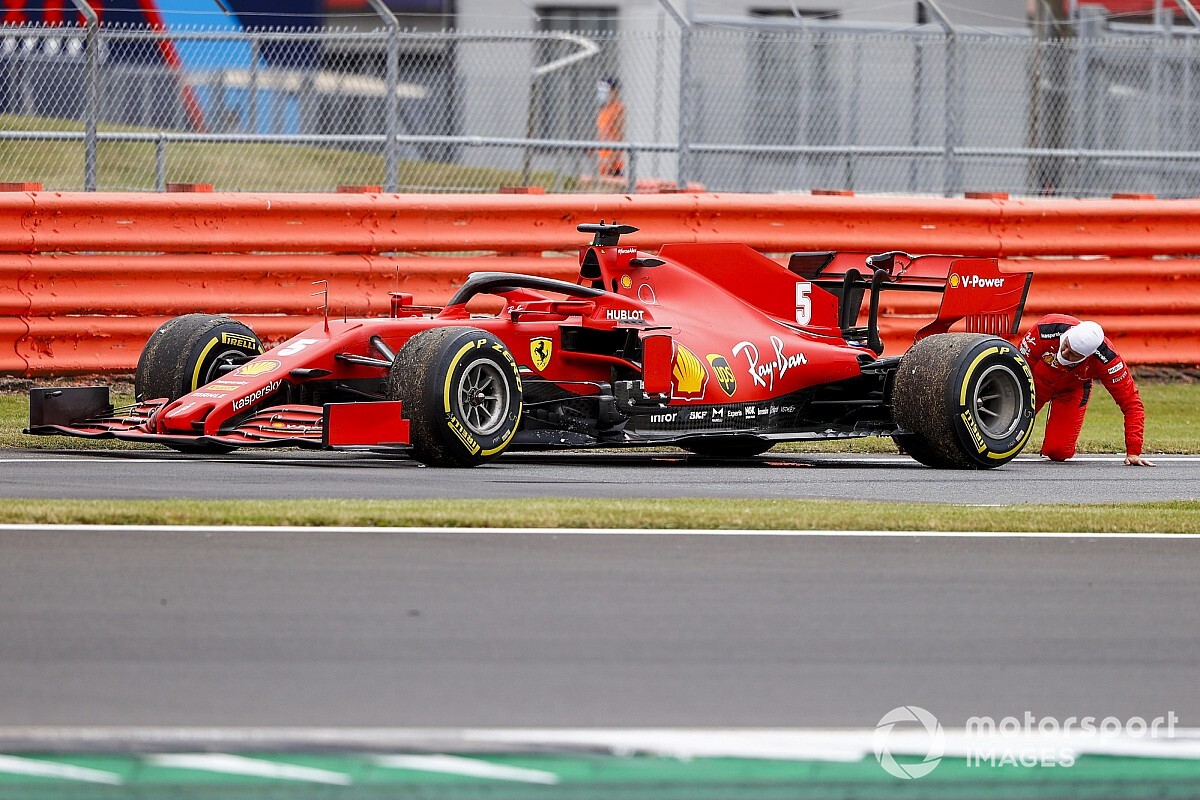 Ferrari is open to changing Sebastian Vettel’s chassis if the German feels that there is a fundamental problem with the SF1000 he has had the last two weekends.

The four-time world champion endured another frustrating outing at Silverstone on Sunday, as he failed to finish in the points on a weekend where he could not find any more speed from his car. He languishes in 13th place in the championship.

Vettel is at a loss to explain why things have been so difficult so far this season, and team boss Mattia Binotto says he would not be against a chassis change if it could help.

“It is something at least which I didn't discuss [yet],” said Binotto. “That's part of the discussion we have within teams. I think we are open if it is something that may help. Why not?

“I think whatever we can do to help is important for us, for Sebastian, and I think from a team point of view and a driver point of view, to try to make better in the next races. It is important, so open to do it. I will leave it to the driver and the team to discuss and decide.”

Vettel said that he couldn’t answer why progress with his car had hit a limit of performance on the first British GP weekend, but he remained hopeful of a reset for the next race in Spain.

“You had two weekends in the same place and from Saturday morning, last week, I wasn't able to make any progress. That's the thing that stands out,” said Vettel, when asked if there was any obvious explanation for where the deficit to Leclerc lay.

“I think around the lap, this weekend is a bit more difficult to judge because we ran slightly different downforce levels on the car. Around the lap, it seems like a fairly even loss and mostly I struggle in lower speed and medium speed corners.

“It’s something that we didn't get on top of. We have obviously the next race coming in a week, not here again, but somewhere else so we'll see what we can do. But hopefully we can be back to the table with normal pace.

“I think today in the race obviously also last weekend, our races [Leclerc and his] were very different. I was always stuck in traffic starting further back. Losing the car in the first lap didn't help in this regard, but there were probably very few laps to have comparison in the race. Hopefully the next one is a smoother race and therefore should be a straightforward result.”