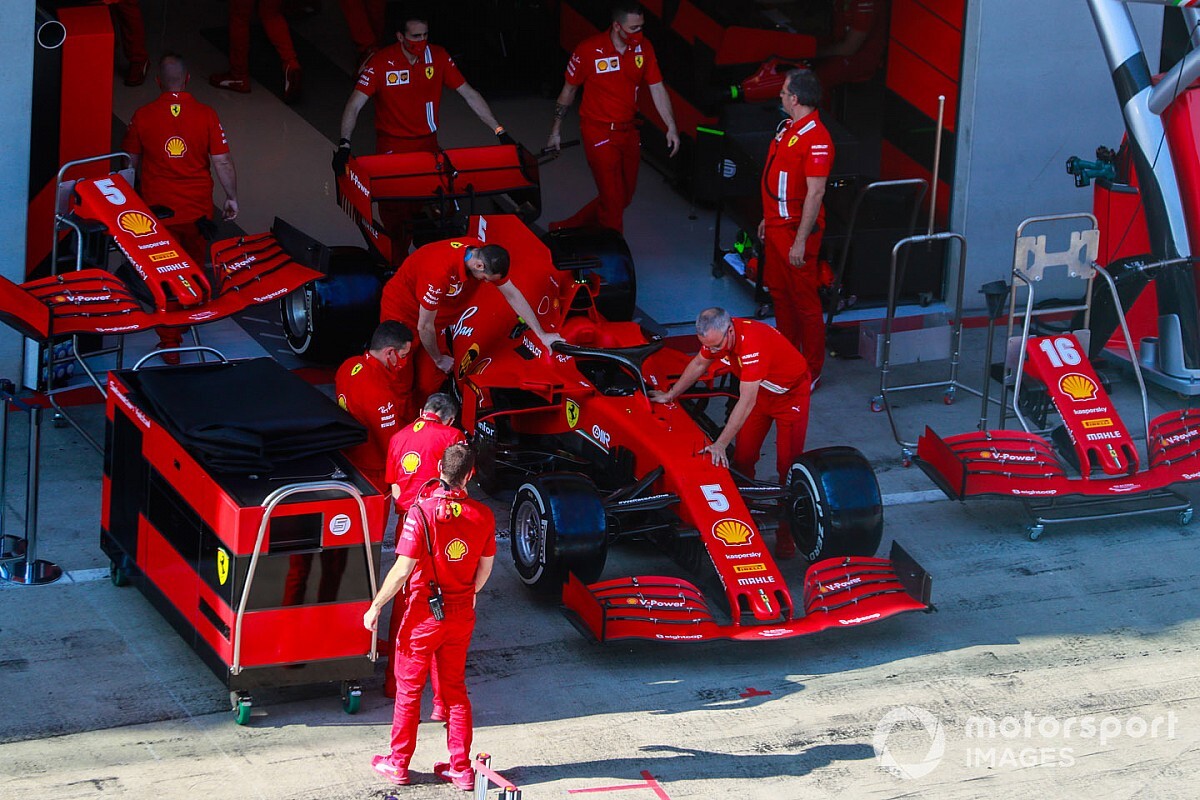 Sebastian Vettel says the second Red Bull Ring race is a "massive opportunity" for the Ferrari Formula 1 team to assess its update package.

Ferrari originally planned to bring the package to the third round of the world championship in Hungary, having recognised that it needs to change direction and take drag off the car in an attempt to find straightline speed.

However, the team announced on Monday that it was trying to bring as many elements as possible to this weekend's Styrian GP, in large part because of the benefits of running them at the same circuit that the original package raced on.

"We don't know how long the season will be," said Vettel. "But for sure it will be a good indication for us to see if it's the right direction for us or not. I think you always have certain expectations, but the best answer is the stopwatch when you get on track.

"Obviously one is what we feel, and the other one is the times we are clocking. So we are excited about it and obviously interesting to see in direct comparison to last weekend where we will end up.

"I think it's a massive opportunity for us to have the race held at exactly the same place. So I hope we will get some answers."

On Monday Vettel said that his car was "unrecognisable" in the race compared with earlier in the weekend, and the team has now found some possible answers.

"We had a close look to my race performance in particular which was off compared to the weekend up to that point.

"We have found a couple of things. It's hard to say how much difference those things were making, we had an issue with the brake, maybe something with the damping of the car.

"So tomorrow will be an important day in the regard, but also in regards to the upgrade to see if everything is bringing the step that we are expecting."

Teammate Charles Leclerc believes that the upgrades will make a difference.

"I think it will be important that this updates are working the proper way and we make a step from that," said the Monegasque driver. "This will show that we've been working in the right direction, if not, then it will be a bad sign.

"But I am confident that these updates will bring some performance into the car. But how much is still to be told on track, but let's see.

"Realistically, it's going to be very difficult because Red Bull and Mercedes are very, very quick. Of course, the safety car helped last week, but we also made the best of our opportunities, and I think anything is possible if we just do the same this weekend.

"So that's what we'll try to do. If today we can be on the podium with pure pace performance, I don't think so. But we are working to change this."

Intriguingly, Vettel said that even in standard form, the SF1000 is better than its predecessor in handling terms.

"I think we did improve our car, but certainly the characteristics have changed. The car when it works – I mean the last race was a bit of a difficult one – but I think overall, we'll agree that the car feels better, a bit better than than last year.

"We'll see when we go to different tracks as well. So in that one sample, now, we've got another sample of the same track, to see where we are. But you also need to be realistic, obviously, by the looks of now it looks like others have made a bigger step forward than us."