Revealed: The changes that transformed Ferrari in Singapore

Ferrari's surprising performance in Singapore Grand Prix qualifying caught Mercedes out with a "big step", as its latest Formula 1 upgrade made it a "force to be reckoned with".

A significant upgrade package helped Charles Leclerc claims his third pole position in a row at a circuit most expected to be the domain of Mercedes and Red Bull.

It is part of Ferrari's pursuit of greater peak downforce, an area it has been weaker in that Mercedes and Red Bull this season.

Greater aerodynamic efficiency and a powerful engine made it a major factor at power-sensitive circuits, leading to Leclerc's poles and victories in Belgium and Italy.

But its major package to boost peak downforce has paid off in Singapore, where Leclerc surged to his fifth pole of the year.

What is Ferrari's major upgrade? 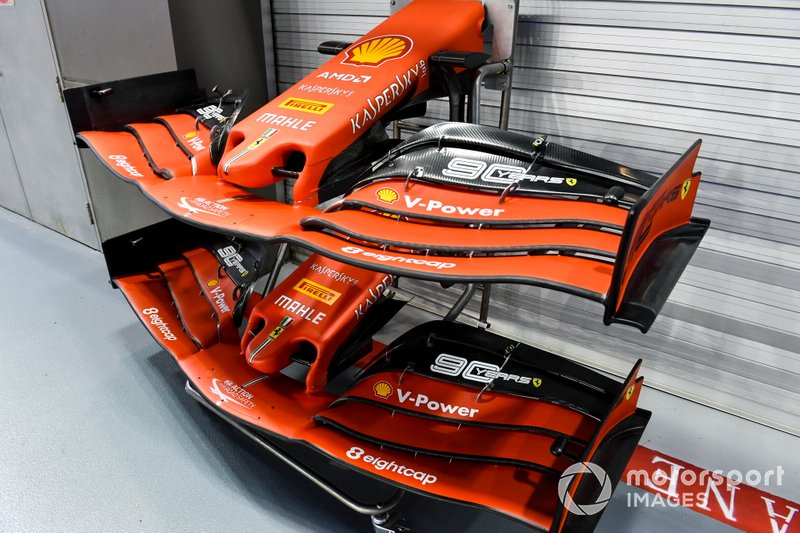 Ferrari's updates includes a new floor, diffuser and rear wing, but the most obvious part is at the front of the car, where the addition of 'nostrils' to the nose draws air inwards along a 'cape' section fitted to the underside.

Pioneered by Mercedes, the cape has been included by a number of teams this season in their efforts to increase the overall front-end downforce, and Ferrari has now followed suit.

The inclination of the nostrils' leading edge forces airflow passing underneath to take a longer path to match the air speed above, and hence creates a lower pressure area to limit any effects of lift.

In addition, the cape is also shaped to link up with the bargeboards further down the car and, as a result, the front wing mounting pylons have changed, losing the array of slots.

Although there will be less control over the airflow here, the cape section offers different options in managing the air moving underneath the chassis bulkhead

Ferrari has also brought a new floor to Singapore, featuring an array of fins to help direct airflow passing over the top of the floor outwards, working with the slots in the floor to provide a sealing effect.

How has it changed the car? 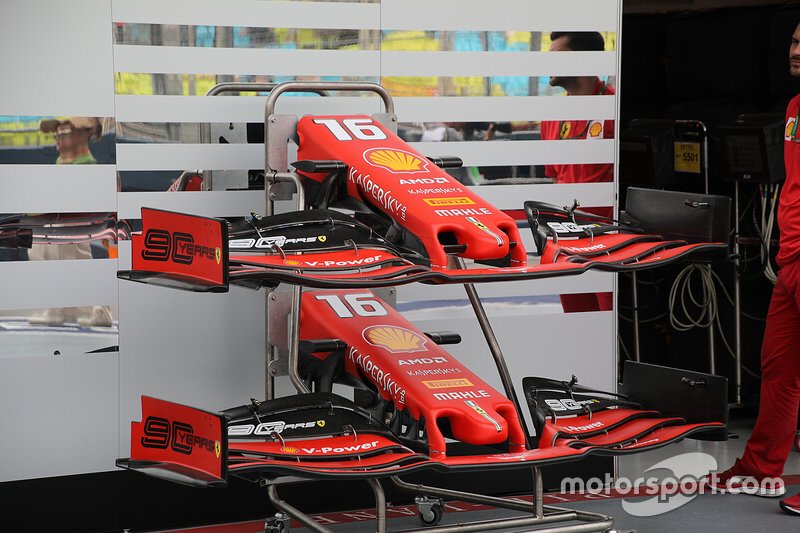 Monaco and Hungary are the two circuits Singapore is compared to most often.

In Monaco, Ferrari was 0.781s and a massive 1.1% off the pace with Sebastian Vettel, although Leclerc looked like he would be more competitive but got knocked out of Q1.

Ferrari fared better in Hungary but was still uncompetitive, with Leclerc 0.471s and 0.632% from pole.

But just three races later, Leclerc is the pacesetter, backed up by Vettel in third, as Ferrari has dramatically turned the tables.

The upgrades will likely have had an impact on overall grip but more importantly appear to have given the drivers a finer balance on-track, a subtle change that gives them more confidence to attack.

Leclerc admitted it was difficult to compare Singapore to Hungary, but asked by Motorsport.com to assess the impact of the upgrade he said "it seems that it's working" and "data-wise it was working [in practice] for the engineers too".

A better balance is more likely to benefit Vettel, who has struggled with the feel of his SF90 all season compared to Leclerc.

"We didn't have such a great balance [in Hungary]," said Vettel. "I think some corners were very good, other corners we lost a lot.

"It seems like this weekend we're not losing in those corners that we were losing in Hungary.

"So, I think it's mostly adding performance to the car and in the right place, so we were able to trim the balance, so that we could extract more performance."

Ferrari (and Leclerc) nail it 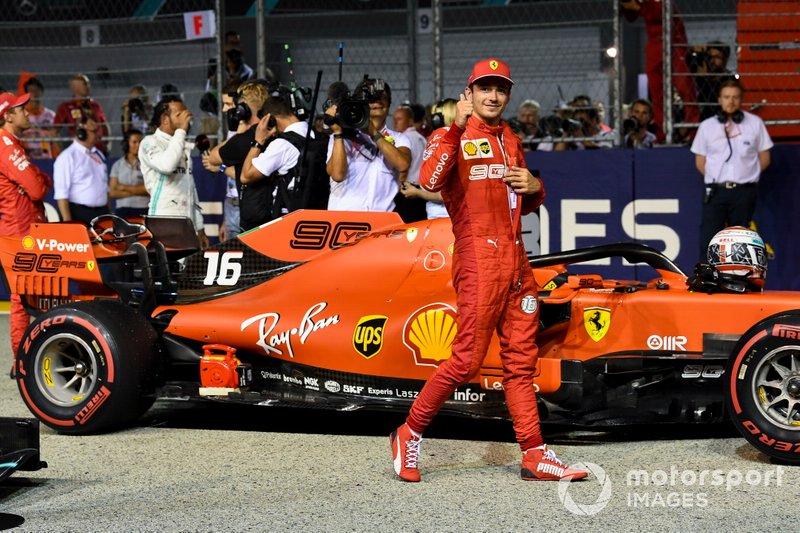 The other element to Ferrari's leap forward is its execution of qualifying, an area Mercedes boss Toto Wolff admitted his team left something on the table.

Part of that is that Ferrari's ongoing work with adding downforce to its car and improving its understanding, not just a sudden one-off performance gain.

"We know the balance we need to achieve in order to have the best performance and I think that has also showed in the results on track.

"I think it's a combination of knowing where the balance needs to be and the improvements that we've made on the car."

Leclerc was also unhappy after Friday practice, even though the car itself was not performing badly, so felt refinement would enable him to extract more from himself.

"I had a very tough Friday," he said. "It was definitely not my day, I didn't feel comfortable in the car.

"But I worked quite hard and it paid off."

Verstappen lacks the "speed to attack" in Singapore