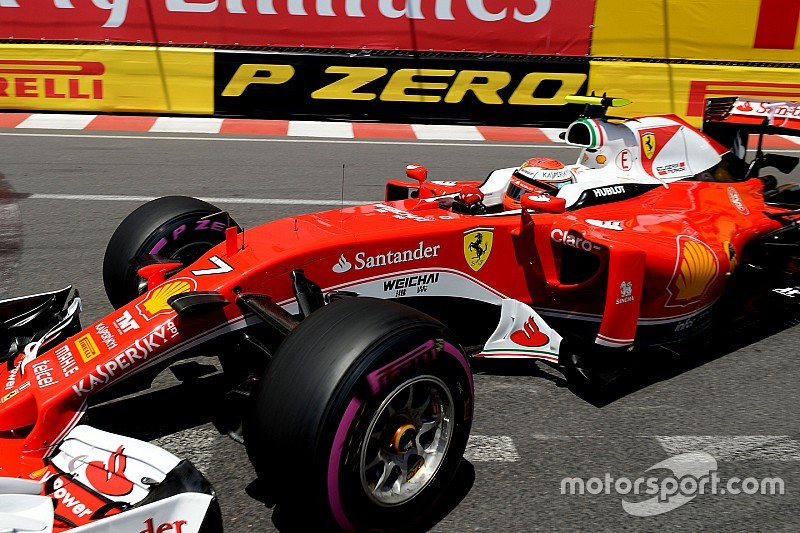 Ferrari boss Maurizio Arrivabene is in no doubts that better tyre management is key to helping the team turn its season around.

After labelling as 'absurd' the fact that Sebastian Vettel was able to go quicker in Q2 in Monaco than his best lap in Q3, Arrivabene says the priority for the outfit now is working out where it is going wrong with its tyres.

"We know the problem is related to how our car works with the tyres," said Arrivabene. "We have to work and solve this problem, because if we cannot start in the top positions then we face problems that should not be ours.

"Look what happened in the race [in Monaco]. To recover positions we had to make an aggressive strategy and that put us behind Felipe Massa – who should not be our rival.

"The strategy choice was correct: but it is a choice that we would not have to make if we had qualified better."

The F1 paddock has been awash with speculation that some teams are gaining an advantage through better management of tyre pressures, which have been raised this year on safety grounds.

Motorsport.com revealed last weekend that one theory is that some teams could be lowering pressures after measurements are taken through clever wheel spoke designs, which allow for better management of air temperature inside the tyres.

It was interesting that Ferrari's head of trackside engineering Jock Clear was spotted over the Monaco Grand Prix focusing on the way rivals were operating their tyres and wheels.

Arrivabene said the area of tyre pressures was of great importance, as it could deliver big performance steps.

"It is an issue that deserves to be dealt with in great detail," he said.

He was also not convinced that the qualifying issues the team faced now had any similarities with those the team has suffered in recent years.

"The cars of recent seasons are very different," he said. "You could have a problem that appears identical to a previous one, but it is for different reasons.

"We have seen that just changing the track layout of the asphalt can give you completely different feedback – so it becomes difficult to make comparisons."